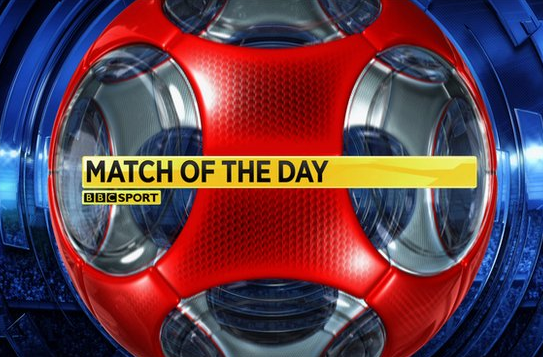 Match of the Day has come in for a bit of criticism recently. Tired, strained, uninformative and semi naked being just some of the things I am by the time it comes on every Saturday night. With the format going a little stale and more competition from rival stations/media, it would have been easy to reel off a huge list of everything that is wrong with Match of the Day.

However, constructive criticism is the order of the day and so, instead, here is my four point plan to save Match of the Day (with some very subtle criticisms hidden amongst the suggestions. Keep a keen eye out for those readers!)

Wake up John Motson and give him a microphone

It can’t be easy to commentate on live football at the best of times. A tricky task however becomes ten times more difficult if you are asleep during the game and lacking the most basic of commentary equipment – two things that John Motson is clearly experiencing judging by his commentary for the last five years. Motson now operates on two levels during his commentary during Match of the Day. Firstly there is the ‘nap stage’ whereby you can watch the coverage unfold as John sleeps (lightly, in fairness. There’s no snoring). This is usually during transitional shots from the camera, cutting to fans or management before something exciting is about to happen. When something exciting does happen it is signposted by Motson, flustered, yelping ‘OH AND…’ in a surprised, high pitched voice. Panic stricken, Motson then shouts out around five different names – vocal misdirection while he wakes, realises where he is and tries to focus in on what is happening before slowly fading out by the end of the attack and back to sleep. If you listen carefully during these moments you can actually hear Motson banging his head on the desk, hitting snooze on a fictional alarm clock and taking 30 seconds trying to piss in a bin before regaining his senses.

When poor John does manage to stay awake for longer than a minute (always the first minute of coverage by the way) he seems to be covering the game from Mexico 1970 or the moon – his voice echoing so strangely that you can’t help but jump up and look out the window for a can dangling on a piece of string, half expecting Motson to be in next door’s tree house watching the match under a cover with a torch, between glimpses at issues of ‘Radioactive Man.’ In the three seconds it takes you to return, disappointed, to your seat Motson will be back sound asleep.

One person who won’t be jumping out of his chair with excitement, or for any reason other than a fire engulfing the studio, is the world’s sloppiest man Alan Hansen. Hansen’s indifference shouldn’t come as a surprise to anyone, after all he’s allowed two slugs to sit on top of his eyes for the last five years without bothering to flick them off, and yet every week I find myself even more amazed by his outright refusal to find anything interesting. Presumably the only reason ‘MOTD’ pundits are still forced to sit in individual chairs is that the mere sight of a couch/sofa would instantly entice Alan into stripping to his underwear, balancing a bowl of Wotsits on his stomach before falling asleep like the rest of us until that theme tune kicks in for the end credits. At this point ‘Al’ would jump up, send the remote control sprawling across the studio before being led tentatively to the bathroom to brush his teeth. Hansen is too comfortable in the studio, his comments being the only thing lazier than his posture. He should be forced to do as many episodes as it takes standing up, until he can learn to say anything other than ‘sensational’ or how to sit up straight.

Unlike Hansen, Pearce does not have a limited vocabulary. Informative, honest, modest and charming …just four words he would seem to have bypassed on his one man mission to become football’s answer to a question nobody was asking. Pearce is able to remain awake for the duration of a football match and sees everything but unfortunately for him (and subsequently anyone listening to him) he manages to see everything completely wrong. Anything remotely impressive is treated by ‘JP’ (stop that, now) like a wet fart on a charity single. Whereas something infinitely more average stirs the sort of reaction in him that would be more befitting Rafael Benitez being offered a job on ‘Man v Food.’ Take this weekend for example – Rafael’s stunning goal could barely elicit anything more than ‘that is a brilliant drive. 1-0 Manchester United…he doesn’t get many.’ Whereas a side footed volley from Van Persie was deemed worthy of ‘What a brilliant goal that would have been!…Van Bastenesque!’ (it missed).

There are two possible reasons for this. Jonathan Pearce is either stupid (he’s not) or thinks he is better than you (he probably does). For Pearce, an appreciation for these less obvious things (players not scoring rather than scoring) is his way of sounding like some sort of football god. He regularly spouts ‘definitive’ nonsense he can’t possibly back up (‘that is the pass of the day!’ he boomed on Saturday, halfway through the only game of football he had even seen that day) and seems to be unsure about what is job actually is. As a commentator he has decided he doesn’t need to commentate on the action unfolding before him, but instead use the match as a platform to bleat on about whatever he wants. He spent approximately half his time on Saturday blabbering on about Van Persie’s potential injury, solely because he thought it would make a better story. Well here’s a story Jonathan – ‘Commentator commentates on football match!’ Give it a read.

But even Pearce isn’t awful enough to steal the limelight on Match of the Day.

Give Alan Shearer a makeover

At his worst Alan Shearer (played most weeks by the AlBot v2.0) resembles a dishevelled tortoise, rolled without his shell through a kilogram of flour. At his best he looks like a surprised egg. Clearly set for a job for life on Match of the Day, the least the show’s producers could do is to make him a little less strange to look at. It was bad enough (head defiantly unshaven) when he appeared to be an overused, talking Brillo Pad but now, hair cut and with an increasing insistence on wearing the worst shirts imaginable, it seems as though the football has been put on hold and what is actually being broadcast is the latest in the ‘Die Hard’ franchise, except this time the whole thing is set in a New Year sale in River Island. Mundane lists are fast becoming Shearer’s signature chat ‘thorough, organised, professional, disciplined…’ always accompanied by a look that seems to mix disgust and respect at the same time, fusing into what can only be described as being reminiscent of a baby smelling its own excrement for the first time.

If he has to stay, get him some new shirts. And program some new facial expressions into his microchip.

So there it is, my four point plan to inject some new life into Match of the Day. Look out for the changes in the coming weeks and try not to be too surprised when they just draft in Dion Dublin and Robbie Savage because ‘the lads’ are all on a well earned golf break. Run credits. Pick up remote. Wash Wotsits off fingers.

2 thoughts on “Four ways to save Match of the Day”