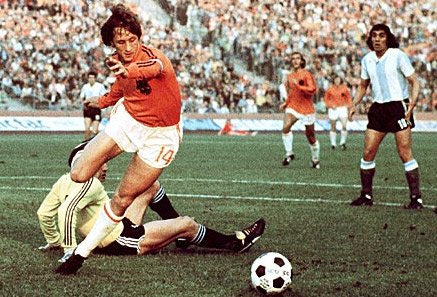 This week Gareth Bale joined the most exclusive club in football. A club much more exclusive than Los Blancos of Madrid. Behind this gold embossed velvet rope is the club exclusively for those 42 players who were, in their time, the most expensive footballing talents on the planet. Their respective fortunes whilst wearing the price tag are mixed. Here we have picked out four of the best and four of the worst record-breaking signings.

Lancastrian David Jack’s career was one of the most successful of football’s early era. In fact had his transfer not been a record breaker the his name would have still been remembered by football anoraks as scorer of the first goal at the original Wembley Stadium in what has become known as the ‘White Horse final’. Considering the time he played in (His position was ‘Inside Forward’) it is fair to assume that the transfer fee would have lead to more than a few monocles falling into their owners cups of tea. For what its worth the Arsenal manager Herbert Chapman believed he had bagged himself a bargain. His game plan for negotiating with Bolton involved getting the clubs representatives riotously drunk in order to weaken their resolve. Jack was an instant success at Highbury, becoming the first player to win the F.A cup with two different clubs. His prolific streak continued into his 30’s as he netted a personal best of 34 goals on the way to collecting his first of three league winners medals.

The fact that this is the only world record transfer to not involve a European club tell us something of the fiscal monopoly Europe has had in terms of luring the best talent in the world. However this only partially tells us the story, and in no way dilutes the achievements of  La Fiera during his time at River Plate. Ferreyra caught the eye of River whilst on loan to Velez Sarsfield during their Pan-American tour in which he scored an unprecedented 38 goals. That convinced River to part with a transfer fee that was not bettered for nearly 20 years. A brace on his debut signalled what would be one of the most impressive feats in goal scoring history. On the way to helping River to three league titles Ferreyra amassed 187 goals in 185 games averaging 1.01 goals a game, a feat which by modern comparison would be unheard of. The physical exertion of the South American game took its toll on Ferreyra, leading him to retire at 29 years old stating that he prefered “to retire from football before football retires from me”

All transfers impact clubs – for better or worse. But few arrivals have changed the very landscape and footballing culture of a club as much as the 26-year-old Dutchman’s arrival at Camp Nou. Looking at Cruyff’s honour roll whilst at Ajax it is clear to see why Barca would break the record fee for the architect of ‘Total football’. Cruyff’s presence resulted in Barcelona winning the Spanish League championship for the first time in 13 years, his form rewarded with him being crowned European footballer of the year. But Cruyff’s influence at Barca can be measured in more than mere trophies and goals. In truth no one at Barcelona could have anticipated that his spell as manager many years later would be the catalyst for what would later evolve to be known as ‘Tiki-Taka’ and possibly the greatest team of all time.

Very few things about Florentino Perez’s policy of Galaticos sit well with football fans. The ‘Disney-ficaton’ of a club so rich in heritage and success in return for little else than increased shirt sales is something not to be celebrated. If there is one glimmer of respectability that can be found it is that for eight years in the modern footballing era the worlds most expensive player was also the worlds greatest. If there are any doubts that Zizou was not worth the money Real paid for him then they can all be answered the majestic sweeping left-foot of the Frenchman volleying home against Bayer Leverkusen on a mild Glasgow evening.

During his six year spell at Bologna such was Nielsen’s prolific goalscoring record that he earned the nickname ‘il freddo danese’ – The Cold Dane. Alongside a handle good enough for any Hollywood action hero he also topped the Serie A scoring charts and contributed to Bologna’s most recent title triumph. That significant contribution was the enough to persuade Internazionale make one of their own. There are a number of theories put forward as to why his first and only season was such a disaster. The most compelling is that Nielsen simply did not fit into manager Helenio Herrera’s tactical system. Nielsen left Giuseppe Meazza after one season with a mere two goals from eight games to his name.

If transfers are seen as a symbol of hope and promise then a transfer that fails to live up to expectations is footballs symbolic ‘what if?’. And in football transfers there has been no bigger ‘what if?’ than Maradona’s torrid tenure at the Camp Nou. The transfer seemed a match made in heaven, the diminutive genius joining the club most committed to playing attractive attacking football. Perhaps the expectations were too high for even a master of the game such as Maradona. Even a more than healthy return of 38 goals over two seasons failed to provoke satisfaction. Held back by injuries ,including a broken ankle courtesy of the ‘Butcher from Bilbao’ Andoni Olaskoaga, Diego started to feel the strain of life outside his home continent culminating in a series of rows with the club’s board. When Napoli’s money came calling president Josep Núñez Clemente had no hesitation putting both parties out of their misery.

If there is one record transfer that sums up the idea of ‘too much too soon’ it is that of Gigi Lentini. His story runs like a greek tragedy complete with an Icarus-like descent.  In the summer 1992 the two biggest clubs in Serie A, Juventus and AC Milan, were engaged in a game of who can outspend who.The Vatican called the whole thing “an offense to the dignity of work”. The culmination of the summer of spend was Milan’s acquisition of Lentini. Despite the inflated price involved Lentini did seem to be the real deal – poised with great technique and balance he had been an instrumental part of Torino’s recent success. Add in his heart throb good looks and Milan were sold. His first season boded well for both club and player as Milan won the Scudetto title. Alas it would prove to be the high water mark in Gigi’s career. In August 1993 a Porsche 911 under Lentini’s control spun off the road at an estimated 200km/hr. The car flipped numerous times and burst into flames. Despite life threatening injuries Lentini was back on the pitch within months. However it would be a different Gigi to that of previous seasons, the crash had seemingly robbed Gigi of his balance and poise. He never regained his sparkle or his place in the team. Lentini was sold back to Torino for a fraction of the record fee that had promised so much.

Heavy those who wear the crown. And in world football there is none heavier than a world record transfer fee. In a rather perverse manner the fee is decided by two clubs, yet it is the player who is expected to carry the weight of the vast numbers involved. So one could feel some manner of sympathy for Denîlson. A mere 21 years old when Real Betis agreed to spend the unprecedented fee. An amount of money on a player who had never performed outside of South America. The weight of expectation was somewhat alleviated when his debut on the world stage – France ’98 – was restricted to step-over laden cameos.When the World cup had gone the reality of being Real Betis’ main, very expensive, hope of breaking the duopoly at the top of La Liga proved too much for the samba star. It proved over time that Denîlson’s skills were somewhat more suited to a Nike commercial than the weekly grind of a La Liga campaign.

So there we have it, eight examples from the most exclusive club in football that prove that behind the fanfare of a price tag anything can happen. As for Gareth Bale? Only time will tell..