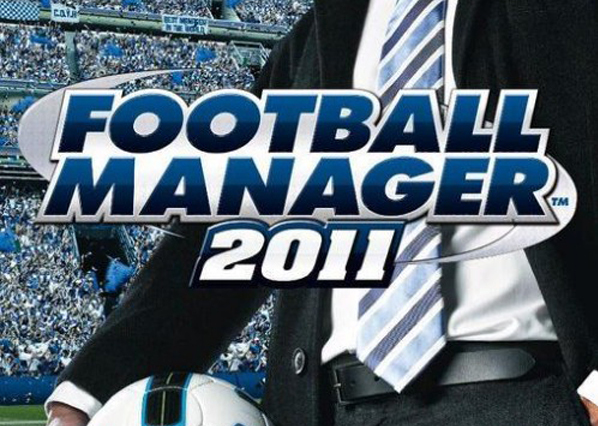 After months without a PC and having only a laptop that runs as fast as Titus Bramble after a dodgy curry as a substitute, I finally got it back and immediately picked up a copy of the latest Football Manager.

Cue an almost immediate relapse of addiction after over a year without any action. And I use the word ‘addiction’, playing marathon sessions for hours is bordering on it, if not already well past it.

Avoiding the lure of managing one of Europe’s elite off the bat, I elected for the relatively modest challenge of taking on the job at Southampton.

Within minutes I was back into the old routine, scouting players, setting up training regimes, fiddling tactics and sweet-talking top-flight clubs into loaning some of their hottest prospects.

Eight hours later I was tired and dreading work the following day, on the other hand I was 10 games in and top of the league having won eight, drawn one and lost just one.

It’s hard to imagine how immersive the experience can be without actually playing and difficult to explain to non-fans of the franchise.
My greatest game ever probably came with the 2008 version.

Beginning with Bristol Rovers, Ricky Lambert and co. helped my team to promotion to the Championship in my first season, in addition to picking up the Johnstone’s Paint Trophy at Wembley.

Loan signings Nabil El Zhar and Fabio and Rafael Da Silva made what was a average team champions of their league. All thanks to an astute eye for a player, clever tactics and a the odd (occasionally huge) stroke of good fortune.

The following season didn’t go as swimmingly, finding myself wallowing just outside the drop zone, fans were becoming disillusioned and I took the opportunity to jump ship Real Sociedad before the January transfer window after 512 days in charge.

Sociedad had also been having a tough season in the Spanish second division.

Again, a bit of magic, mainly from Xabi Prieto, the team secured promotion and astonishingly went on to win La Liga the following season by a single point.

Highly defensive tactics against the big teams and a fantastic home record coupled with a few upsets by other teams along the way made it possible.

The Champions League took its toll the following season, Sociedad finished a lowly 16th in the league yet got to the semi-finals of the competition.

Despite not winning the league again, the team picked up a handful of silverware along the way, including two European Cups, one of which against all the odds vs Man Utd in a thrilling comeback from 2-0 down to win 2-3 in extra time.

It’s these sort of games that make the game worth playing, taking a lower team with limited funds to the pinnacle of European football.
The move to AC Milan didn’t excite as much, winning the league and progressing in Europe was standard.

The team was compiled of some of Europe’s top talent and showcased another example of the game’s greatness and level of accuracy.

Most FM players will know about this; the game is eerily accurate when it comes to identifying talent and how young players career’s pan out in the game in relation to their real-life counterparts.

The immersive and addictive nature of the game grips you and drags you into it’s world. You find yourself watching football on telly and thinking “This guy’s decent, I must scout him when I go home.”

Finding other FM boffins to talk with is great too, sharing matches, players tactics, press conferences, youth facilities and even financial set-ups are the order of the day yet must sound completely alien to non-players.

There are few games out there that do more than Football Manager does in terms of detail for their chosen subject which is largely part of its appeal.

The possibilities to the game are almost limitless, the game creates new footballers and situations for the player to deal with should the player decide to play on for season after season.

But what is it that makes it so addictive? What is it that makes you say to your partner “OK, one more game love, then we’ll go to bed”?
It may sound like a stupid and humorous comment to make yet Football Manager has been used in grounds for divorce.

Fantatic, Nick McGrath, from London, readily admits that the game became an obsession for him.

“I’ll freely admit that it cost me better exam results when I was younger,” the 23-year-old told CNN.

“And it’s well-known among those who play ‘Champ Man’ that it’s a bit of a relationship-wrecker. You’re always thinking about the next game or a player you want to sign, even when you’re not playing it.

“But I see it as a cheap night in, no different from hiring a movie,” he added.

Perhaps the reason why the game is so popular and so addictive is that it taps into that ‘can-do-better’ that every fan on the terrace usually has in some capacity.

“Anyone who’s into football — male or female — probably thinks they can do a better job than the manager of their club and we give them the chance to find out,” Jacobson said.

However, he rejects the notion the game should carry a health warning. Jacobson also denies players can get hooked on it.
“The game is not addictive and ‘addictive’ is an incredibly strong word, which tends to be used for things that are physically addictive.

“We’re purely making an entertainment product,” he said. “People who play the game a lot play it because they really enjoy it — “Football Manager” is a good escape for people.”

Either way, there’s no doubting it’s an incredible game and it’s here to stay no matter what you think about it.

This author personally, would tell everyone, just like you can from the in-game touchline to “Get stuck in!” and at very least give it a try; yet be warned as one blogger neatly said, “Playing FM is like eating heroin flavored Pringles. You just can’t stop!”