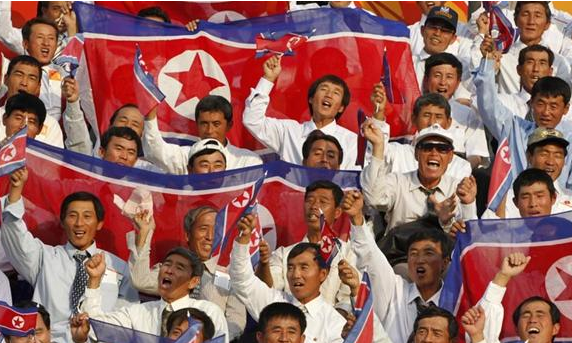 North Korea’s global isolation has been cemented over the past few years as political tensions with the US escalated, eventually involving a military standoff and strong rhetoric from the nation’s leader, Kim Jong-un.

The brutal regime in operation cannot feed the country’s population and is currently drip fed with UN humanitarian aid to keep millions of North Koreans alive, and the volatility within the Supreme Leader’s advisers has led many to predict early signs of the state eventually crumbling. However, despite these horrendous conditions, their national team has continued to thrive since their appearance at the last World Cup in South Africa.

Although the media were keen to paint a chaotic picture of their squad’s appearance at the World Cup in 2010, the state of football in North Korea is more stable than appears. Many pointed to the fact that three players went “missing” and that star striker Jong Tae-Se cried during his country’s national anthem before Brazil as signs that the team were being ruled with violence and threats from home, whereas the truth is that the three players were injured and reappeared at the tournament and Tae-Se is in fact just a very sensitive soul (having cried on his international debut and when he scored his first international goal).

After three defeats to Brazil, the Ivory Coast and Portugal, we were all told that the North Korean team and manager were sent to work camps as a punishment for their poor performances – where as they all in fact appeared in good health at the Asian Cup in Qatar in 2011 and players based abroad in Japan and Europe all returned to their clubs. Any disappointment at the team’s performance from the government would have been greatly softened by the much needed $8 million in hard cash from FIFA for their appearance in South Africa – money being the greatest reason why Kim Jong-un and his father supported football so much.

The football community is made up of 500,000 people regularly participating in the sport, with nearly 15,000 registered players with North Korea’s 239 clubs (according to FIFA figures). They also provide the world governing body with 10 international referees for the men’s game, eight for the women’s game, an accredited agent and a Committee Member who is currently organising the Women’s Under 17 World Cup. In the past their FA has taken advantage of the Goal programme and installed football pitches, a headquarters, a technical centre and most recently an academy (although all in the capital, Pyongyang). All these facilities have contributed to a successful national team who are currently enjoying a good run of form.

Since November 11th, 2011, the national side didn’t lose a game until a 2-1 defeat to Kuwait in September. During that period they managed two great results against World Cup qualifiers Japan and Australia (a 1-0 win and 1-1 draw respectively) and numerous victories against teams such as the Philippines, India, Palestine, Indonesia and Turkmenistan. Their women’s national team are considered one of the best in the world and last year managed to defeat competitiors in the form of Mexico, Slovakia, Belgium, Romania, Wales and Colombia. Both team’s achievements are incredible when you consider the pressure and restrictions imposed on every player’s life.

The domestic game in North Korea is more difficult to judge because no foreigners are allowed to watch any matches in the Highest Class Football League or Technical Innovations Contests, so FIFA internationals are the only spectacle on offer for the outer world. Although some accounts of matches in Pyongyang describe crowds of tens of thousands sitting in complete silence, there have been instances of violence at past encounters.

In 2005, during a World Cup qualifier in Pyongyang against Iran, in which the home team lost 2-0, violence erupted on the streets around the stadium when they refused to let the Iranians leave. In a rare show of defiance, the supporters disobeyed armed police and officials who tried to stop the violence and continued to attack the Iranian team bus.

If the North Koreans can continue their footballing development and are further supported by the state (allowing them to travel freely to compete and fund their journeys) then there is no reason why their appearances at international competition have to be restricted to a brief stint in 2010 and a historic run in 1966 in England, where the people of Liverpool and Middlesbrough (where the team stayed) took the squad to their hearts.