Nothing quite counters the pressures of work than a game of football. Whether that be a game after leaving the office with friends, or a trip to a match on a Saturday afternoon, it provides the perfect release. But what happens when football is your livelihood?

The world’s elite spend their downtime in all sorts of ways. For many it’s hitting the golf course, for others horse racing is a big pastime. But for these guys – well they’re slightly different.

Take Ronaldo for example, he recently featured in a video where he bluffed his former teammate Bebeto twice in a poker in a PR stunt according to https://www.easyslots.com/. Let us take a closer look what other football players are up to…

Neymar better known as the golden boy of Brazilian football lit up the summer with some of his performances before suffering a serious back injury against Colombia. So what did he do? He switched his attentions to playing poker. The Barcelona forward posted an Instagram image of himself on the felt in July, and joins a host of card-loving footballers including Teddy Sheringham, teammate Gerard Pique, and fellow countryman Ronaldo.

His straight lines down the Arsenal wing were a joy to behold – and so are his hemlines, as it turns out. The 33-year-old spends his time away from training designing clothes which are very popular with Russian ladies.

Arshavin has his own line which ranges from dresses to sportswear, although don’t expect him to be sewing any sequins onto his Zenit kit anytime soon. 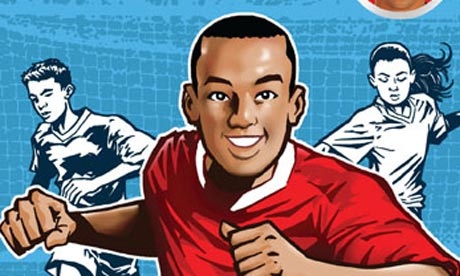 We think the striker-turned-children’s writer should title his next publication T.J. and the Chilean Sensation Who Stole His Place, but we’re not quite sure. He certainly may have a little more spare time on his hands next season anyway.

Theo Walcott began writing his books in 2010 and has since released four issues with Random House Publications including T.J. and the Hat-Trick, T.J. and the Penalty, and T.J. and the Winning Goal.

Whilst at Manchester United, a young and injured Gabriel Obertan found himself growing into a keen gardener. According to the club’s Academy director Brian McClair, he developed the interest after suffering a back injury, while helping out an elderly member of the Academy staff by cutting the lawn, pruning roses, and watering hanging baskets.

With all the time he’s getting off at Newcastle nowadays, we reckon he’s probably ready to enter a plot at Chelsea. 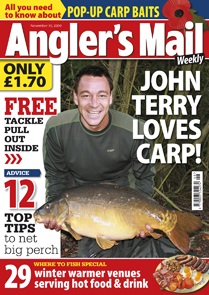 We all know there’s nothing JT loves more than casting his rod and seeing if he gets a bite – he’s also a keen fisherman.

The Chelsea captain joins a list of footballers who are fans of fishing, but Terry has even gone as far as buying a house complete with a lake.

The 33-year-old centre-back is likely to be winding down on his illustrious career now, and what better way to pass the time than by sitting at a lake and playing with your tackle.