The 2014/15 Serie A season is well and truly underway now. Some teams have started as you might have expected, while some have been falling way below the expectations set before the season began, (we’re looking at you, Mr Benitez).

Here are some points that have been raised in the opening rounds of fixtures in Italy.

Roma are showing the traits of champions

Before the season kicked off, many people were questioning the ability of Rudi Garcia’s Roma side and whether or not they would be able to mount a serious title challenge again this season while balancing the additional load of Champions League football. These questions intensified when they were thrown into the same group as both English and German champions Manchester City and Bayern Munich.

Roma have already commenced their vocation of answering their doubters in an impressive, yet perhaps contrastingly, not overly emphatic way. Wins so far against Fiorentina, Empoli, Cagliari and Parma have merely been seen as meeting what is required of a top Serie A side, but they have never looked like achieving anything other than maximum points. In their most recent match on Wednesday night, away to Parma, it took a last gasp Miralem Pjanic goal to claim the points but as the old cliché goes, to win a title you must grind out results, even when you perhaps don’t really deserve to win.

As well as calming maximum points from their opening Serie A games, they hit the ground running in Europe, too. Welcoming CSKA Moscow to the Olimpico on their return to Europe’s elite club competition was a favourable reintroduction to the tournament and the Giallorossi did not pass up the opportunity to send out a statement of intent. Garcia’s men raced into the lead and found themselves four goals to the good within 30 minutes. Things eased off a little after the break but Roma ran out 5-1 winners, a result which may prove pivotal should goal difference become a factor as the group nears its conclusion.

Rafael Benitez has a lot of work on his hands 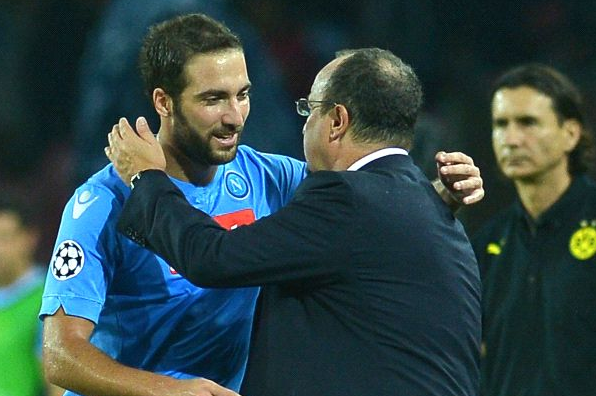 Napoli’s start to the season is causing a bit of a stir in Italy, particularly in Naples. Pre-season expectations were that the Partenopei would achieve a top three finish again this season and possibly be involved in a title challenge if things went a little better than expected. This is not the case.

After four games Napoli find themselves on four points. Defeats at home to Chievo and away to Udinese are not what you would expect to see from a top half Serie A club, never mind a club who expect to be challenging for silverware at the end of the season. On top of these defeats, the only win Benitez’s side have managed so far came in a largely unimpressive manner courtesy of a last minute winner from Jonathan de Guzman.

Things appeared to be turning around a bit midweek when Napoli raced into a 2-0 lead in ten minutes as they hosted Palermo, only to see youngster Andrea Belotti inspire a comeback for Palermo and the game finished 3-3.

A poor domestic campaign may be tolerated if the club was performing in Europe but they have already been eliminated from the Champions League after defeat at the hands of Athletic Club Bilbao. As if this news wasn’t enough to annoy the Napoli faithful, their coach then jetted off to Liverpool on holiday while some of his players went on international duty. The latest speculation coming from southern Italy suggests that the coach will leave his role come the end of the season, whether or not he lasts that long is a question for another day.

The decline of Torino continues

Torino found themselves becoming many people’s second club in Serie A last season as their potent duo of Ciro Immobile and Alessio Cerci fired them into the Europa League. The transfer window came and went and Toro came out the other side without its two best players.

As if losing your two most important players wasn’t bad enough, the players they attempted to replace them with are a far cry from their predecessors. Amauri and Fabio Quagliarella are both on the wrong side of 30 and would only excite those who hold a soft spot for football circa 2008.

Having been in attendance at the Olimpico to see Toro fall to a 1-0 defeat against Hellas Verona, I spoke to a few people close to the club and the general consensus was that the club’s president was a fan of making as much money as possible from selling players, while not being too keen to spend anything on replacing them.

It’s going to be a long season for the Granata, with many supporters worrying that a relegation battle is imminent.

Inzaghi may not be untouchable at AC Milan 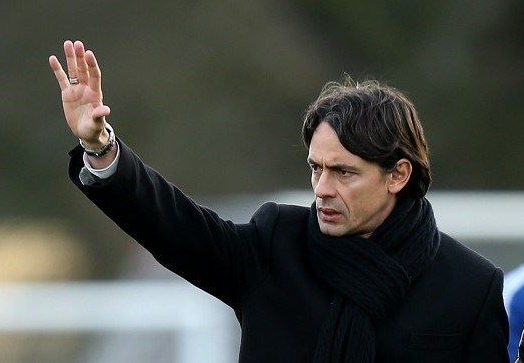 AC Milan have recently become a bit of a farcical club. Last season they dismissed Massimiliano Allegri and replaced him with former player Clarence Seedorf, only to decide a few months later that he was not the man to take the club forward and as a result, Primavera coach Filippo Inzaghi was given the job.

Now, it seems his position may not be all that safe as defeat against Juventus last weekend inspired club President Silvio Berlusconi to reveal his frustration to the media in Italy.

The subsequent game away to Empoli didn’t exactly go to plan for Inzaghi, either. His side found themselves two goals behind only for Fernando Torres and Keisuke Honda to rescue a point for the Rossoneri in a game which should have seen them comfortably take all three.

Things had started well for Inzaghi at Milan and consecutive wins against Lazio and Parma saw them sitting top of the table but things change quickly in football, particularly at the Rossoneri under the lurking eye of Berlusconi.

There is hope on the horizon for the Azzurri

After a pretty dismal showing in the 2014 World Cup in Brazil, many people were questioning how much worse things would get for Italy before they would show signs of improvement. The answer: not much worse at all. Already there is hope for the future of Italian football and a lot of that hope is in the attacking department.

It is no secret anymore that Ciro Immobile is well on his way to becoming one of the most feared strikers in world football, and he might soon be joined by Sassuolo’s Simone Zaza and Palermo’s Andrea Belotti. The former was the star of the show as Italy brushed Norway aside with a 2-0 victory earlier this month and was labelled as ‘phenomenal’ in several newspaper headlines in the following days.

Now, there is another new kid on the block and his name is Andrea Belotti. The Palermo youngster began grabbing headlines at AlbinoLeffe, where, as a teenager, he scored 14 goals in 37 appearances. Playing in Serie B last season with Palermo he helped them to achieve promotion back into the top-tier of Italian football by scoring ten times in 24 matches.

He has already featured for the Azzurri at U19 and U21 level, scoring 12 goals in his 25 appearances and has shown no problem in adjusting to Serie A football as he recently showed by scoring twice against Napoli as his side clinched a 3-3 draw at the San Paolo. One article said that Italy now have “99 problems but scoring goals ain’t one“, a statement that I wholeheartedly hope turns out to be true.