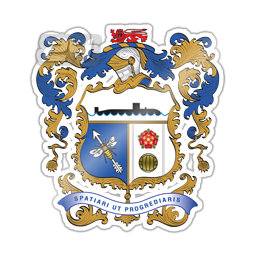 Cumbrian semi-pro outfit Barrow AFC parted ways with their long-serving manager Dave Bayliss on the 5th of November. One of the most successful coaches in club history, Bayliss had experienced a gradual downturn in fortunes since the mysterious departure of, his former co-manager, Darren Sheridan in early 2012.

Officially, the Liverpudlian Bayliss left his post by mutual consent, leaving the club perilously close to the Skrill North relegation zone. Indeed, the Bluebirds; despite attaining the dizzy heights of mid-table conference football, FA Cup 3rd Round qualifications and a Wembley FA Trophy win during his reign; are back where they began when Bayliss first took the reigns.

A number of names have been bandied around on club forums, social media sites and in, local paper, the North West Evening Mail. With a decision on the future of the post imminent, five of the main candidates are as follows…

Bayliss’ former assistant Meechan currently holds the manager’s post, on an interim basis. Under Meechan’s guidance, AFC are currently undefeated. The Bluebirds have achieved three draws; against North Ferriby United, Stalybridge Celtic and Stockport County respectively; and a win over Stockport, in the replay of the FA Trophy tie that originally ended 2-2.

Meechan, a classic football journeyman, has played for upwards of 20 different clubs, perhaps having the biggest impact in two separate spells with Forest Green Rovers. He was brought into Barrow, by Bayliss, in the close season, with a reputation for tenaciousness and abrasiveness not usually found in an attacking player.

Despite having undoubted leadership qualities, Meechan has no prior experience of management. The chances of his permanent appointment will rest on the philosophy of the Barrow board – whether they are seeking an established coach or planning for the long-term future. His undefeated record, thus far, coupled with an asking price that is likely to be at the affordable end of the spectrum could stand the 33-year-old in good stead.

The former Hyde coach is recognised for a wide-ranging knowledge of football. He has solid experience of having the navigated non-league waters and is regularly sited attending fixtures across lower-level football, as a fan and student of the game. A 54-year-old with old-fashioned footballing principles, centring around hard-graft and a team ethic, Lowe’s profile would fit that traditionally associated with Bluebirds players, managers and fans.

Lowe is reported to have applied for the Barrow job, and is looking to come in as part of a package deal with, his long-term sidekick, Martyn Booty. Whether or not cash-strapped Barrow can afford to bring in two highly-regarded non-league figures together is open for debate.

That fact aside, Manchester-based Lowe is one of the strongest of the names associated with the role. In combination with Booty, he masterminded Hyde’s march to the Conference North title last season, in only his second campaign with the club. That would certainly reflect the demands that a new manager is likely to face from the Bluebirds’ board and faithful.

Former Barrow right-back Carl MacAuley is not believed to have submitted an official application but has recently expressed his affection for the club and has not distance himself from the role, despite his long-standing commitment to Vauxhall Motors.

MacAuley made almost 100 playing appearances for Barrow in one of the most successful spells in their history, as the Bluebirds surged up the Unibond Premier League and into the Conference, around a decade-and-a-half ago.

Now 43-years-old, MacAuley is known to harbour ambitions of testing his talent on a bigger stage. He has spent the majority of the past ten years remaining loyal to Vauxhall and achieving excellent results at what is an unfashionable outfit, even by non-league standards. Vauxhall have, as such, been able to establish themselves as a solid mid-table outfit in the Conference North, despite operating on shoestring budget. Barrow may currently sit below them in the non-league pecking order, but the potential, and history, of the club may tempt MacAuley to accept an offer, should one come his way.

The silky former Bluebirds playmaker, Graham Anthony has been sounded out, by the Barrow board, about the vacant post.

Anthony was formerly the manager of the troubled Celtic Nation outfit and is now known to be based in Carlisle and working as a postman.

Remembered fondly by Barrow fans, Anthony is a hard-working family man who would be well-received at Holker Street, but perhaps his CV would lend itself more to an assistant or coaching role, at this stage of his career. The 38-year-old, who served as a Barrow player for 6 years, has told Cumbrian media outlets that he would be happy to consider either role, dependent on the circumstances surrounding who he might be working with and the club’s future plans.

Comfortably the biggest name to be linked to the post, and a figure of almost mythological proportions at Accrington Stanley, John Coleman has not officially applied for the job but has commented on the vacancy.

Although he guided Accrington from obscurity into the Football League, gaining three promotions in the process, Scouser Coleman was sacked by his Rochdale last January, after a disappointing spell. Nevertheless his reputation as a cult hero endures. The 51-year-old spent 12-and-a-half years as Stanley boss, leading them from the old Northern Premier League First Division into the League Two play-off positions.

Now, finding himself long-term unemployed may lead Coleman to accept a position that is, arguably, somewhat below his standing. One can only assume that such a well-regarded figure in the North West game would command a significant salary and would, sooner or later, find other options coming his way but it is not out of the realms that he could become the most recognisable figure to hold the Barrow manager’s post since Brian Kidd.