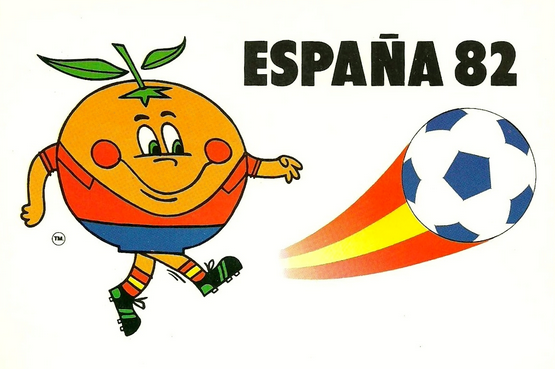 The upcoming Brazilian World Cup will be the ninth time I have enjoyed FIFA’s most famous football tournament but it will have to go a long, long way to eclipse my first experience back in 1982.

Espana 82’ will always hold a special place in my heart as I sat transfixed in front of a battered old colour television whilst clutching a plastic Tango replica football and witnessed an unforgettable tournament.

I was eight years old and the Spanish World Cup was the most beautiful, engrossing, bewildering and important thing I had ever seen.

Jack Charlton, Republic of Ireland-mania and Euro 88’ was still six years away but the dazzling skills of a magical Brazilian team, Toni Schumacher’s attempted decapitation of Patrick Battiston, Marco Tardelli and ‘that’ goal celebration plus a silky French team led by Michel Platini made for a magical summer.

The following (in no particular order) are just some of the reasons World Cup 1982 is worth digging out on youtube or googling articles on the subject as it is often forgotten amongst the annals of great tournaments.

World Cups produce their fair share of stunning goals usually relayed against the backdrop of a thumping soundtrack at the end of the tournament. Espana 82’ was no different with an abundance of marvellous strikes headlined by future Republic of Ireland assistant manager Marco Tardelli’s stunning effort in the decider against West Germany.

The Italian midfielder’s celebration is almost as famous as the strike itself with the Juventus star roaring GOAL on top of his voice, two arms pumping in delirious excitement before running and falling in front of the Italian bench.

Tardelli’s pure, raw emotion at netting that wonderful goal was probably the tournament’s most iconic image.

Brazil should have won it

Of all the teams at World Cup 1982, none could match the Brazilian’s for artistry, skill, stunning goals and even more stunning female supporters in the grandstand. This version of the famous South American football giants were blessed with an attacking arsenal of Zico, Falcao, Socrates and Eder. A defence that included Cerezo and Junior looked set to glide to another World Cup triumph until being drawn in the second round ‘Group of Death’ alongside Argentina and Italy.

The 3-2 defeat to the Italians was a glorious spectacle but only served to underline the view that for Brazil’s abilities up front, the lack of a quality goalkeeper and a defence intent on attacking rather than protecting their goal led to the South American’s eventual undoing.

Despite going home far too early, Brazil left an indelible mark on World Cup 82’and an eight-year-old sobbing when Paolo Rossi completed his hat-trick.

Don’t believe me when I say Brazil should have won it? Sit back and enjoy the highlights of the most entertaining team in Spain that summer.

The aforementioned Rossi scored a hat-trick to send Brazil on an early flight home from the tournament and is forever associated with Espana 82’ by finishing as the competition’s top goal-scorer.

As if that wasn’t enough the story of Rossi’s return from the international football wilderness is as amazing as the goals that helped Italy lift the trophy.

Paolo Rossi received a three-year ban for his alleged role in an Italian match-fixing scandal in 1980 leaving both his domestic and international career in ruins. The striker’s ban was reduced to two years following a successful appeal before manager Enzo Bearzot’s decision to select Rossi for the World Cup stunned the Italian and world media.

To put it into modern-day context, imagine Roy Hodgson calling up Wayne Rooney after the striker hadn’t kicked a ball for club or country in over two years and then putting him straight into the starting line-up despite daily protests from the media, fans and other squad members?

The striker repaid his manager and country in full, ending the tournament with six strikes and the golden boot.

Rossi’s hat-trick in the 3-2 defeat of Brazil

The Game of the Decade

There will never be a World Cup game as emotionally charged as the France v West Germany semi-final from Espana 82’. Ask anyone who was lucky enough to enjoy the game live on TV and witness a mercurial French team ousted by a never-say-die and equally talented West German side following the first ever World Cup penalty shoot-out.

This game had it all. France with all their sublime attacking skill and a midfield to die for in Michel Platini, Alain Giresse and Marius Tresor were every neutral’s favourite team (after Brazil) and looked destined to reach the final.

By contrast, West Germany had lost 2-1 to Algeria in a shock result earlier in the tournament before defeating Austria 1-0 in the second round amid disgraceful scenes as both sides knew (crazily) that a 1-0 win for the Germans would be enough for each country to progress to the next stage.

What followed was nothing short of a practice game with neither side bothered to cross the halfway line and simply see out the remaining minutes, eliminating the plucky Algerians in the process.

So against that backdrop, France were most neutrals favourites to qualify for the final but a pulsating last-four encounter finished 2-2 after extra-time on a balmy night in Seville. West Germany’s Toni Schumacher saved two spot-kicks in the ensuing penalty shoot-out to send his country into the final.

The goalkeeper should not have been on the pitch though having intentionally pole-axed Patrick Battiston and broken the French substitutes’ jaw earlier in the match. Schumacher wasn’t even booked much to France’s chagrin but it all proved academic as Italy defeated the German’s 3-1 in the decider.

Scant consolation for the likes of Platini, Tresor and the rest of a hugely gifted French side but at least European Championship success was just around the corner with victory in Euro 84’ on home soil going some way to eradicate the bitter memories of that famous night in Seville.

A tournament that contained much more

Spain 82’ contained some marvellous goals, incredible moments of individual skill and crazy sights such as a Kuwaiti Sheikh managing to halt an actual game.

Not forgetting Northern Ireland’s remarkable run in the tournament, Scotland’s appearance highlighted by a banner in crowd during the USSR game that proclaimed ‘Communism versus Alcoholism’ plus the usual hasty retreat by an English team that failed to make an impact.

To finish, here are some additional clips from my favourite World Cup.