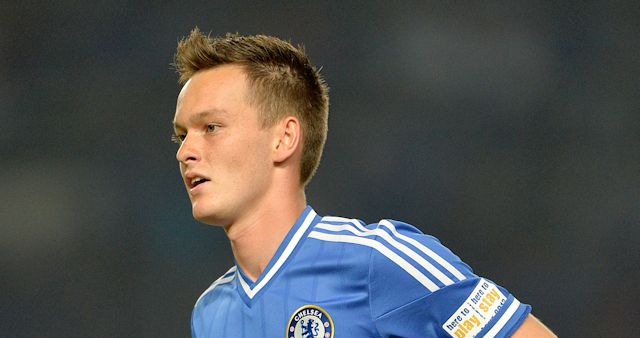 A lot of the focus on Chelsea in recent weeks has surrounded a dainty, diminutive playmaker seemingly at odds with José Mourinho’s football philosophy.

Reflecting Greg Dyke’s ridiculed lament of the Premier League’s focus on foreign players, it was Juan Mata rather than Josh McEacrhan that was grabbing the headlines.

Of course, admittedly, there is little comparison: McEachran has made just 22 senior appearances for Chelsea since 2010, while Mata has gone on to win three trophies and two Player of the Year awards at Chelsea as well as the World Cup and European Championships for Spain in the same period.

Also, the Englishman has been out of the wider picture of late due to a loan move to Middlesbrough in 2012-2013 and a recent ankle injury.

Yet, while Chelsea fans remain convinced that McEachran will sprout and will become, alongside Ryan Bertrand, the club’s first Academy graduate since John Terry in 2000, time is running out for the 20-year-old.

This may seem a perverse statement for such a young player, but not only has McEachran been loaned to three different clubs since 2010, he has also witnessed Jack Wilshere’s rapid development.

Without even comparing abilities and traits, the similarly deep-lying Wilshere is just 15 months older than McEachran and has already made 105 appearances for Arsenal and been capped ten times for England.

For all the criticism Arsenal have received for not splurging large amounts, the stability of Arsène Wenger and a cult Academy status among Arsenal’s fans has aided Wilshere’s development considerably.

McEachran, in contrast, has seen five different managers arrive at Chelsea in the three years since his debut against MŠK Žilina on 11 November, 2010.

Tellingly, he has only appeared under two – Carlo Ancelotti and André Villas-Boas – and both banished McEachran to a fairly static regista role in defensive midfielder.

Worryingly, too, Mourinho did not even award McEachran a squad number in a Chelsea squad somewhat light in depth at the base of midfield this season.

Clearly, there is little sentimentality within the Chelsea set-up towards McEachran, even though he has been at the club since the age of seven.

However, despite his stunted development in recent years, McEachran remains one of England’s brightest prospects.

McEachran – while armed with metronome instincts and capable of acting as a prompter at the halfway line, with an element of tactical discipline – also possesses an ability to free-roaming across the final third of the pitch when given a chance.

The midfielder’s spindly physique and close control allows him to thrive in tight spaces, without even addressing his remarkably mature football brain or the curious fact that he is one of the few playmakers in world football to be left footed.

These instincts were evident just a week before McEachran’s latest loan move, to Watford, with the 20-year-old netting two goals in Chelsea Under-21’s 2-0 victory over Norwich.

Just like Nathaniel Chalobah last season, McEachran is sure to thrive under the philosophy and man management of Gianfranco Zola at Watford.

Zola, more than anyone, appreciates football intelligence over physicality and one only has to look at the case study of Everton’s Ross Barkley to epitomise the unpredictability of graduating into top-level football.

As a 17-year-old, Barkley burst onto the scene with a man of the match performance in his debut, a 1-0 defeat to QPR under David Moyes on 20 August, 2011.

Yet, Barkley made just 17 more appearances for Moyes after that stunning debut and while showcasing glimpses, did not wholly dominate the Championship – at loan spells at Sheffield Wednesday and Leeds – as expected in 2012-2013.

With the arrival of Roberto Martínez and a new philosophy, the rest, of course, is history and the 19-year-old is now certain to make England’s squad for the 2014 World Cup if they qualify.

Obviously, it will not be such a seamless passage for McEachran but an impressive period at Watford could lead to the eventual possibility of playing Premier League football on loan with a promoted team.

If that was not enough encouragement for McEachran, even sooner, a potential spell in Spain could await him in January, 2014 – amid interest from the likes of Celta Vigo, Real Sociedad and Levante.

Just like Thibaut Courtois at Atlético Madrid, it could prove the perfect environment to showcase McEachran’s talents but if the 20-year-old is not to make the already unlikely breakthrough under Mourinho in the next three years, it seems it will never happen.

2 thoughts on “Final roll of the dice for Josh McEachran”