It argues that spontaneous decisions can be as good as carefully considered ones. The thesis has been challenged by some for suggesting this process was a substitute for clinical thinking and using “flimsy evidence.”

If ever proof was sought for the theory behind Blink, it was found in Eamonn Deacy Park this afternoon. For 78 minutes opportunities complete with suitable time and space were denied.

The game seen destined for a draw until Vinny Faherty’s instinctive finish secured the win for Galway United over Bohemians. 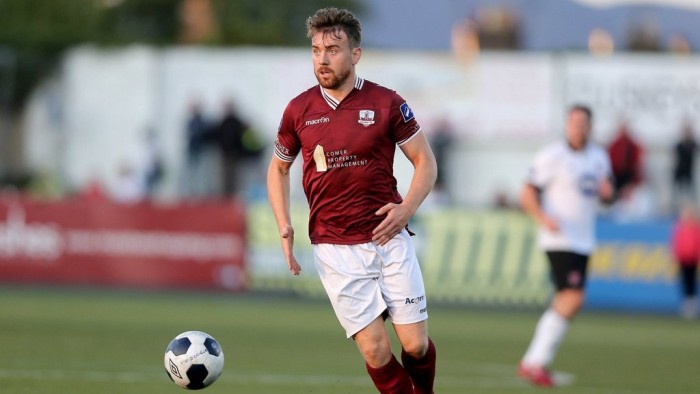 The conditions conspired to ensure this was not to be a spectacle. An unrelenting wind hammered both teams ensuring any pass that wasn’t pinpoint accurate was destined to go astray. Even taking free-kicks provided a challenge as the ball seemed disinclined to remaining motionless.

The home side had the ball in the net early after Killian Cantwell headed a corner goal wards and Padraic Cunningham bundled it over the line. The goal was denied for offside as the defender on the line was the sole player near the goal.

Ryan Connolly was presented with a chance when he found himself with space at the edge of the box yet opted for a snap-shot that shaded the post.

The ecosphere of life is known to provide many classical duels that are pleasing to behold. The spider vs the fly, the sea vs the shore, and the winger vs the full-back.

In an era dominated by tactical tinkering it is becoming somewhat rare to see this truly fulfilling spectacle. The battle between Ayman Ben Mohammed and Colm Horgan served a befitting match to satisfy appreciators of this type contest.

After 20 minutes Ben Mohammed finally got in behind, his scintillating pace ensuring everyone sat a little more forward in their seats, and forced Cantwell to commit to a last-man tackle.

Ben Mohammed bypassed this challenge and bore down on Winn’s goal. With time available, the Bohemians winger had a decision between cross or shot. He choose the latter and failed to beat Winn at his near post.

Soon after a Connolly pass squared across the centre circle was intercepted by Ben Mohammed and again he was unleashed, boring down on ball with the Galway back four scrabbling. His effort from just outside the area was straight at Winn and once more too much time proved the enemy,

As Winn wrestled with the ball pleading with it to remain still to take a free the referee decided to bring an end to an unflattering first-half and leave it scoreless at the break.

The striker’s instinct is one of those buzzwords that is frequently circulated. It’s often used in association with finishing. It’s hard to define and even harder to train.

Gladwell’s book and the concept of thin-slicing must surely play a role in the process of instilling this instinct in a player. This is the term that refers to the process of making instant decisions based off minimal information.

The second half began and the trend of first-half resumed. This time it was the turn of Faherty to try break the deadlock. After 50 minutes his movement saw him break free in the box only for Delaney to tip wide.

The best chance of the afternoon fell to Faherty once more when a long Ryan Connolly free broke in the box. Delaney found himself over-committed and in no man’s land and Faherty’s effort looked destined for the net only for Daniel Byrne to clear off the line.

Cunningham had endured a frustrating afternoon in leading the Galway attack. He diligently attacked the various long-balls that spiralled in his general direction while Tommy Dunne could be heard urging his teammates to get up and support him.

Cunningham soon got a break when Stephen Walsh drove a ball down the left wing and it broke to his feet. The Galway native tore down the flank and fired a ball across the area, automatically trusting a teammate to arrive in the box.

An onrushing Faherty did indeed arrive and a desperate lunge saw him deftly touch the ball into the right corner. It was an instinctive finish made with an abnormal movement, his body contorting as if in a slide-tackle while his right foot hung befittingly above his head.

Faherty’s earlier spurned chances would suggest an inability in this regard yet this chance was different. No time was afforded to the Moycullen man. It was an opportunity that required action in the blink of an eye.

The entire goal seemed effortless and yet simultaneously, delicately crafted. Cunningham seemed to instinctively sense a team-mate would arrive in the box despite battling on with little support for the duration of the game.

To say Faherty simply trust his body at the ball does an injustice to the finish. The cross was over hit and rising. As he slid into the area, it seemed likely the ball would pass unimpeded across the goal yet he acrobatically reached out his foot and secured three points for his side.

Speaking to Back Page Football after the game, Galway United manager had this to say about the finish:

It was a great goal from our point of view, at that stage of the game we were starting to get a few chances and we were getting into good areas of the pitch we were hungry to try get the three points and the goal itself, Stephen Walsh played a fantastic ball up the line, Padraic got on the end of it and a brilliant cross for Vinny Faherty to finish.

It’s always nice to pick up three points when you score a fantastic goal.