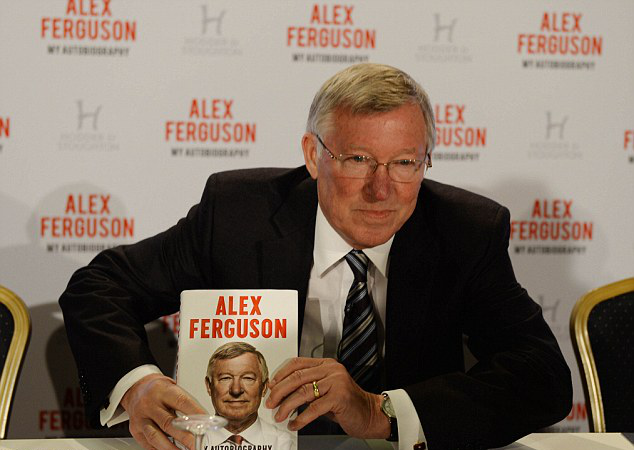 After several readers complained to Hodder and Stoughton, the publishing firm has offered a refund to one customer who spotted as many as 45 factual errors in the tome.

Hodder and Stoughton CEO Jeromy Hodder is believed to have replied in person by email to the complainant, offering a full refund in exchange for the return of Ferguson’s autobiography.

Mr Hodder wrote the following to the customer: “We did in fact go through several stages of fact-checking with this book, with a reading from within Manchester United as well as from a specialist football fact-checker.

“Although a very large number of corrections were made we plainly did not pick up everything.

“Possible corrections that have so far been helpfully pointed out are being checked and will be included in future reprints.

“I am sorry that you feel that your expenditure on the book was not worthwhile. If you would like to send the book to me at our head office address, stating where you bought the book and at what price, we will refund your expenditure and postage.”

The errors were found from start to finish of the 402 page book with mistakes including the age at which Ryan Giggs made his debut for the Red Devils and the year Ferguson had his pacemaker fitted. Other errors which have made the cut are the years that Roy Keane served with the club – Ferguson said it was 11, but it was more than 12, the year United became a PLC – 1990 not 1991, the year he got his pacemaker fitted – it was 2004, not 2002, and even who he sold Dutch defender Jaap Stam to – the manager said it was Roma, but it was actually Lazio. The book also said that Giggs made his United debut at 16 when the Welshman was in fact 17 years-old.

My Autobiography was released last month and despite the inaccuracies has since become the UK’s fastest-selling non-fiction book, selling close to 120,000 copies in its first week on sale.

Here’s a list of ten gaffes taken from the book:

Argentine pair Gabriel Heinze and Juan Sebastian Veron apparently had a row during a game against Portsmouth. But the two never played for United at the same time. Oops.

Reflecting on Gianfranco Zola’s goal for Chelsea against United in 1997, Ferguson recalls one dressing-room exchange:

“Oh the stick Pally got that day. Bryan Robson said: ‘Any chance of you staying on your feet?'”

All well and good, except for the fact that Bryan Robson had joined Middlesbrough fully three years earlier. Time plays tricks.

“…his first-team debut at 16 landed us with a problem we had not expected: the Giggs phenomenon.”

“…transfer of Jaap Stam to Roma and Massimo Taibi to Reggina”

– Jaap Stam moved to Lazio, Taibi did, however, move to Reggina

– Roy Keane played for Manchester United for more than 12 years

“Manchester United became a Plc in 1990”

– The match in question, Rooney’s first England start was a Euro, not World Cup qualifier

“The penultimate Chelsea kick, which Salomon Kalou took, when Edwin dived to his left…”

– In the Champions League final in 2008, Edwin van der Sar dived to his right for Kalou’s successful penalty

Can you spot the other 35 errors?