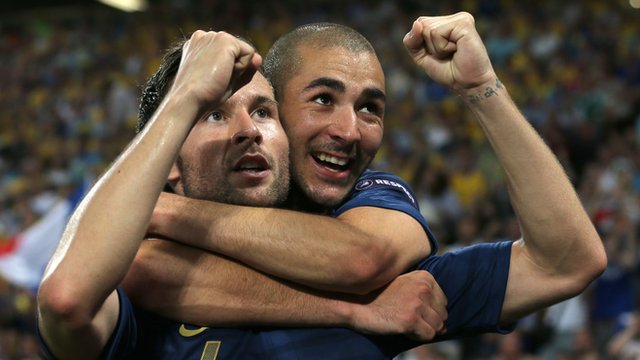 The Quarterfinals are upon us and it is no exaggeration to say that Spain vs. France is the biggest game of the entertaining tournament so far. La Furia Roja are red hot favourites at 5/6 with Setantabet, and every other bookmaker for that matter, while Laurent Blanc’s team are an amazing 7/2.

As far as head-to-head confrontations between the two teams are concerned; they have played each other eight times since Euro ’84, where Michel Platini’s inspired side won 2-0 in the final. With the most recent encounter coming last March when Spain reversed that particular scoreline in Paris.

Are the omens good for Vicente del Bosque and co?

Or will Laurent Blanc triumph and join that select group of only six managers who have managed to put one over Spain since 2007?

All will be revealed over the next two hours.

Sit back and enjoy, Spain vs. France on Backpage Football.