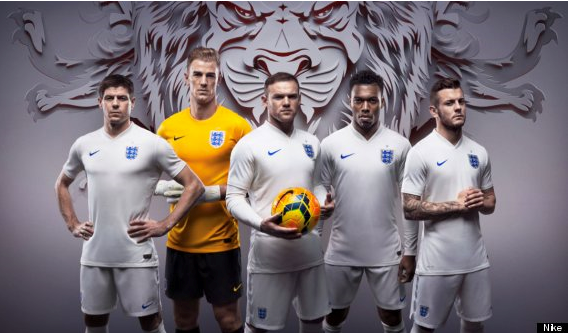 There are plenty of obvious markets that punters will get involved in for this summer’s World Cup but if you look beyond the outright winner, top scorer and to qualify markets there is even more value to be had.

Easyodds.com has a whole host of England related markets for the tournament in Brazil and expert tipster Tom Powell has picked out the best of them…

There aren’t going to be many goals in England’s World Cup campaign and all three of their matches have under 2.5 goals priced up at odds on. The third and final match against Costa Rica looks the best value to be low scoring at 23/25 with both sides likely to be out of the tournament at this stage. England don’t have enough firepower to get the goals they’ll need to win matches at this year’s World Cup while Costa Rica certainly have a weak set of forwards who are not playing their domestic football in the world’s big leagues. Low goals will offer good value where England are concerned at this World Cup so back under 2.5 goals while it still offers value.

With England in such a tough group it’s unlikely to take many goals to scoop this prize and Steven Gerrard is much too big a price at 14/1. No England player has netted more than three goals at a World Cup since Gary Lineker scored four at Italia ’90 with England’s top scorer netting either one or two in the last four tournaments. In two of those tournaments (2006 and 2010) Gerrard has been either joint top scorer or top scorer for his country and the fact he’ll be on penalty duty this time around makes his price all the more appealing.

Following on from the theme above I don’t think England will be scoring too many goals in Brazil this summer. They’ve been drawn in an extremely tough group and will find it very hard to score the goals they need to reach the knockout stage. Four years ago the Three Lions netted just three goals in four matches despite playing the likes of Algeria, Slovenia and USA and they’ve struggled in recent matches against the world’s better nations as their 1-0 and 2-0 losses to Germany and Chile showed in November. With England unlikely to make it past the group stage there’s value in backing them to give their fans little to shout about.

This is a much shorter price than the other selections but it looks to be a banker. As previously stated, England are unlikely to advance to the last 16 after drawing Italy and Uruguay in the group stage, two sides ranked above them in the FIFA World rankings while Costa Rica will be no soft touch either and will be much better suited to the conditions. England would need at least a win and two draws from their three matches and that looks extremely unlikely.

There’s clearly a theme with my England World Cup betting selections but the bookmakers have served up some decent odds on England failing in Brazil and they are too good to ignore. If the above bet lands then this one is sure to as well and I make Italy and Uruguay clear favourites to take the top two spots in Group D and the bookmakers agree with those nations both 1/2 to advance to the last 16.

You can get all the best World Cup odds for every single match and outright market plus exclusive World Cup tips at Easyodds.com.