The fixture between Uruguay and England on Thursday in Sao Paulo is set to be the pivotal fixture in Group D. Both sides lost their opening games so another defeat for either will spell the end of their campaign.

However, the match will also be notable for a number other reasons. It will feature the country that invented football against the first great international team. England and Uruguay are two nations that have had sharply contrasting international football success, despite radically different resources. It could also be billed as a battle between each team’s most high-profile players, Wayne Rooney and Luis Suarez.

FIFA President Sepp Blatter may have claimed that China is the birthplace of football, but, for the rest of us, there can be no denying that the version we all recognise was devised and first organised in English public schools in the 19th century. The students of these schools were a mixture of children of the old money, aristocracy, and the nouveu riche, middle class of the Industrial Revolution. Disobedience and violence was omnipresent among a large group of boys in a confined space.

The Victorian establishment were fixated with physical well-being and how it translated into living a healthy life for the country’s future power brokers. Games, such as football, would also provide an opportunity for the unruly youth to channel their energies into a cohesive exercise. Rather than kicking and chasing each other, they could kick and chase a ball around a field.

Football continued to develop and grow in popularity. The Football Association was formed and codified the game in 1863 and the first FA Cup final, in 1871, was won by Wanderers, a team of former Harrow public schoolboys. However, from beginnings as an aristocratic, amateur pastime, football, in the final decades of the 19th century, became colonised by the masses. The shortening of the industrial working week, combined with a rise in disposable income, gave forum for both participants and spectators. Clubs and leagues sprang up, particularly around Lancashire’s industrial hive, and football began spreading further south, before being exported throughout the world. 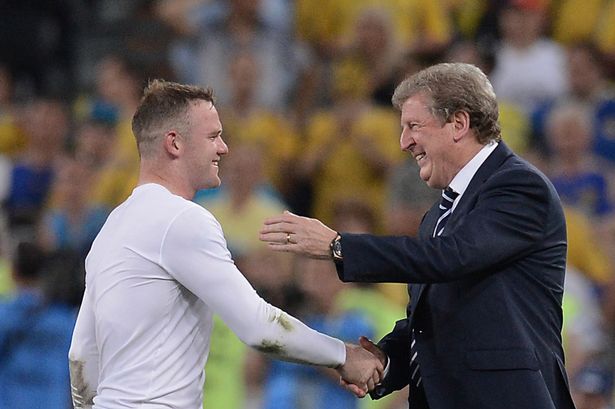 The story of the development of football is, in essence, the story of industrialisation and modernisation. England was the first country to experience mass industrialisation and through its global spanning formal and informal empire, the game grew. Throughout this vast empire, from Bilbao to Belfast, Glasgow to St Petersburg and Budapest to Sao Paulo, the spread of football can be sourced to the British expatriates organising games amongst themselves, as curious natives looked on

William Leslie Poole, a Scottish P.E. teacher at an English School in Montevideo, is credited with beginning the spread of football in Uruguay. Poole founded Albion Football Club in 1893, originally as a branch of the Albion’s cricket club. The pattern of football’s shift from being the mainstay of the elite minority, to working class dominance was accelerated in Uruguay by the country’s rapid industrialisation and droves of European settlers in the country in the late 19th century. In 1903 Nacional, a club founded by Hispanic students in Montevideo, represented Uruguay, against Argentina in Buenos Aires, in one of the country’s first international games and won 3-2.

Twenty seven years later Uruguay again faced Argentina. This time the tie between the neighbours was in Montevideo in the inaugural World Cup Final. Ninety-three thousand supporters crammed into Estadio Centenario to see the hosts win 4-2. FIFA had awarded them the staging of the tournament due to a consensus that the country was the best team in the world. Uruguay had won gold at the 1924 Olympics in Paris, where they beat Switzerland 3-0, and retained their title at the 1928 games in Amsterdam, again victorious over Argentina. La Celeste had also won six of the previous twelve Copa Américas, but it was the World Cup final win which firmly cemented Uruguay’s place as international football’s first great team

The Parisian crowd, at the 1924 Olympics, were enthralled by the skills of the South American team. Uruguay, unlike their opponents, played a short passing game. Gabriel Hanot, a French journalist, summed up the spectators’ appreciation, writing: ‘They created a beautiful football, elegant but at the same time varied, rapid, powerful, effective’. In an excerpt taken from David Goldblatt’s book, The Ball is Round: A Global History of Football, Hanot was less kind towards English footballers. ‘Before these fine athletes, who are to the English professionals like Arab thoroughbreds next to farm horses, the Swiss were disconcerted’.

That estimation of the talents of English players may seem unfair, however, at the time, the country, was in a state of deliberate international football isolation. They declined entry to football at the Olympic Games during the 1920s, the World Cup tournaments in the 1930s and only played internationals with other ‘Home’ countries. When England first entered the tournament, in Brazil in 1950, the decedents of the beautiful game’s inventers received an earthshattering shock.

England, with players such as Billy Wright and Tom Finney, were perceived as favourites for their maiden World Cup. However, the ‘Kings of Football’ failed to advance from the initial group stage and lost 1-0 to USA, a team of part-time players. A seismic result, perhaps born out of England’s hubris regarding the game they had invented and one which would leave long-lasting scars. England had given the world football, but, in part due to their lofty isolation, they had been surpassed. Uruguay would win the tournament with perhaps the most iconic underdog result in World Cup history. In front of two-hundred-thousand fans at the Maracanã stadium, in the tournament’s final game, hosts Brazil succumbed to a 3-2 loss. 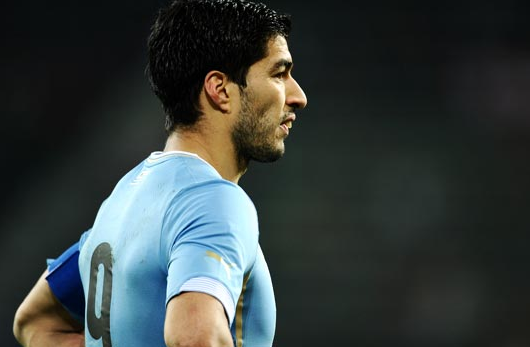 England’s World Cup win on home soil in 1966 is the only international title for the country which gave football to the world. Some would consider this a meagre return for a country with such seemingly superior resources. England’s population is sixteen times that of Uruguay, the country boasts a prominent domestic league and have produced great players. However, according to journalist Simon Kuper and economist Stefan Szymanski, authors of Why England Lose: and Other Curious Phenomena Explained, the tag of international underachievers is false. ‘The sad fact is that England are a good team that does better than most. This means they are not likely to win many tournaments, and they don’t’.

The authors use statistical data in an attempt to explain, among other things, the performance of the England national team. Their findings conclude that England’s win percentage, between 1970 and 2007, is on average 67 per cent, never lower than 62 per cent, and never higher than 70 per cent. A consistent and credible performance but, considering Brazil win on average 80 per cent of their games, England’s win percentage is not enough to achieve international glory. From 1981 to 2001, it was the tenth best in the World, hardly grounds for being labelled underachievers.

Statistical data may be able to debunk the idea of England underperforming on the international stage, however, for many fans, the sense that the anointed ‘Golden Generation’ underachieved still lingers. The final remnants of this crop of players, in the form of Steven Gerrard, Frank Lampard and Wayne Rooney, face their potential last stand on Thursday against Uruguay. The sense of underachievement is undoubtedly felt more in relation to Rooney than his teammates.

Indeed, it could be argued, that many have given up on Rooney, including England manager Roy Hodgson. The Manchester United forward was shifted to the left-wing in the 2-1 loss to Italy. He provided an excellent assist for Daniel Sturridge’s goal, but was unable to provide adequate defensive cover for left-back Leighton Baines.

This failure to perform a tactically disciplined role is a common feature of Rooney’s performances, but, as Irish Independent journalist Dion Fanning said: ‘Hodgson asked too much of him in Manaus when he was delegated to work up and down the left-wing, something he would struggle with on a mild October evening, let alone a suffocating night in the Amazon rainforest’.

It was not meant to be this way for Rooney. After his outstanding performances at Euro 2004 he became the great hope. A boy who played like a man, Rooney was raw, powerful, boundlessly energetic, possessing the fighting spirit English fans yearn for, but with the skillset of a South American.

Rooney’s former manager, David Moyes, said: ‘Wayne was the last of the classic street footballers’. The Liverpudlian is a product of the English urban working class and football’s colonisation by the masses and perhaps the ultimate embodiment of the street footballer. The decline of playing football in the street is seemingly mirrored by Rooney’s plight.

Whereas, Rooney was once the chosen one, he’s now the square peg. He is seemingly too famous to omit from the starting eleven, but no longer trusted to be the team’s focal point. Rooney’s only escape from this football purgatory will be a starring performance against Uruguay. If he cannot do this, it could be the last World Cup stand for the last of the street footballers.

If the teenage Rooney promised so much, the opposite was perhaps the case for his Uruguayan counterpart. Luis Suarez was not a child prodigy, but he is also a product of the urban working class, as he told journalist Sid Lowe: ‘I played in the streets with my friends, barefooted. That was the way we lived’. Simon Kuper said when the forward moved to Ajax, in 2007 aged 20, Marco Van Basten said that: ‘He can’t really play soccer’. The Liverpool forward, has since dramatically improved.

The popular consensus is that Rooney peaked at Suarez’s age; however the Uruguayan shows no sign of plateauing. In tandem with his supreme skills and spatial awareness, Suarez embodies his country’s fighting spirit, la garra charrua, named after the indigenous Uruguayan population. If Suarez is fit to play on Thursday, there is no chance of him being shunted out to the wings.

Hodgson said this week that: ‘You can be a great player in your league but for the world to recognise you are one of the all-time greats you have got to do it at the World Cup’. The England manager was speaking in relation to Suarez but perhaps he is also addressing Wayne Rooney. Indeed his comments could relate to the fortunes of both countries on the international stage.

Thursday’s game will be crucial for the World Cup fortunes of England and Uruguay, a chance for their most famous sons to make the telling difference, perhaps Rooney’s last, and another chapter in their long and proud football history.