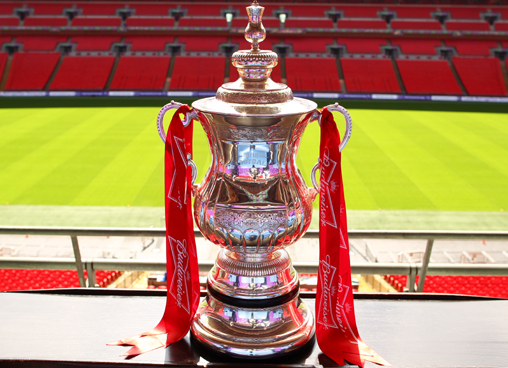 This weekend’s FA Cup Extra Preliminary Round offers a glimpse into football’s nether world. Forty clubs kick off a two month qualifying competition to whittle away at the Bootles and Teversals until just 32 non-leaguers emerge, blinking, into the First Round. Like an iceberg’s better half, these early rounds are barely noticed despite embracing nearly 90 per cent of the World’s Greatest Cup Competition.

That title has been severely devalued by sponsorship and shootouts, although until 1997-98 (penalties were introduced in the professional ranks in 1991-92), the non-Leaguers continued the laudable play-til-you-drop tradition in the early rounds. But with so many clubs involved – a record 762 entered in 2008-09 – and the players’ day jobs to consider, the wish to settle ties quickly was understandable.

Budweiser have bankrolled the Cup again this season, with its sponsorship as much to do with global reach as local football . The total figure involved is, as they say, undisclosed. But however vulgar the sponsorship to traditionalists – and it hasn’t yet approached the ‘Kentucky Fried Chicken League of Ireland’ for sheer crassness – the potential reward for reaching the first round (£29,750), would salve the objections of the most staid club official.

Though nothing beats the kudos and elation of reaching Round One, the sponsors’ cash can literally save a struggling club, and has arguably revived interest in the earliest rounds. That said, you hope that last season’s manipulation of Wembley FC, which saw five ex-internationals joining temporary boss Terry Venables at the club (courtesy of Budweiser) for the duration of their Cup run, will not be repeated.

The Cup kicks off well before cricket has pulled stumps, leaving the committed fan spoilt for choice. Dennyfield (aka Back End of Beyond, Bradford) is home to Northern Counties East Thackley FC. With the ground just a firm off-drive from Thackley Cricket Club, enthusiasts can savour both sports in an afternoon. The cricketers host Colton Institute CC on 17th August, while the same afternoon the Dennyboys receive Guisborough in the Extra Preliminary Round, a mere 13 rounds from Wembley and all that.

To enter the Cup, non-leaguers must have played in the FA Trophy or FA Vase in the previous season and be playing in an acceptable league with the requisite ground grading. For the commuter-belt Combined Counties League, this meant a guaranteed place for Egham, Cove and South Park, leaving Badshot Lea, Hartley Wintney and others awaiting judgement. In Bradford, meanwhile, Thackley made the cut while local rivals Eccleshill a division lower, did not. League placings aren’t everything though. This season, channel islanders Guernsey FC, (where Matt Le Tissier’s brother Mark is a director) only entered after fans and businesses stumped up for away clubs’ expenses and other costs.

Some don’t get to kick a ball, even at this early stage. A late entry fee from Nelson – the club, not the Admiral – earned a walkover for Atherton Laburnum Rovers in 2010-11, while a failed ground grading accounted for Ledbury Town in the same season. Administrative cock-ups are nothing new. Back in the 1920s, Birmingham and QPR, who really should have known better, failed to get their entry forms in.

This was no problem for the 727 entries this season. And though each of the 370 clubs starting out today hopes for a tilt at the Torquays and Tranmeres, it’s the ones with the strong dressing rooms who stand most chance. Leaders emerge during Cup runs. Perhaps the most famous of these, Blyth Spartan’s eight-round odyssey to the last 16 in 1978, saw the Northumbrians’ Steve Carney and Alan Shoulder signed by Newcastle.

A shrewd manager draws on this history to inspire the players, while in the next room the chairman counts the potential beans. The contrast is starkest at clubs which reach the first round, with players’ dreams of a trip to a league club fighting the Chairman’s wish for a home game with TV revenue to match.

So who are this season’s likely heroes? The answer may lie in the traditionally strong Northern League, where remoteness and strong local rivalries help retain the best clubs. Though the names of Spennymoor and Bishop Auckland grab the attention, it may be Scarborough Athletic, the still-homeless successor to the defunct Football League club, with their large residual support, who are carried through to round one.

Elsewhere the threat could come from Black Country battlers Chasetown, or upwardly mobile Lancastrians Ramsbottom United; early candidates for the Hovis Music treatment by the broadcasters should they reach the competition proper. Cup Final specials are unlikely to be running from either club next May, but without them, and non-league’s 635 fellow travellers, this sporting iceberg would surely melt away.