Durham WFC occupy a strange place in English women’s football. The Women’s Championship side are based in a university town with no footballing pedigree, are an offshoot of said university, and hold the unique distinction of being the only club in the national divisions to have no current or historic connection with a men’s team. Yet they don’t just survive, they thrive.

Founded in 2014 as a collaboration between Durham University and the South Durham & Cestria Girls football club, they entered the second tier of English women’s football the same year, and never found themselves outmatched. Their worst ever finishing position in the division was seventh of ten in 2015. In 2021 they finished second only to now-WSL side Leicester City. 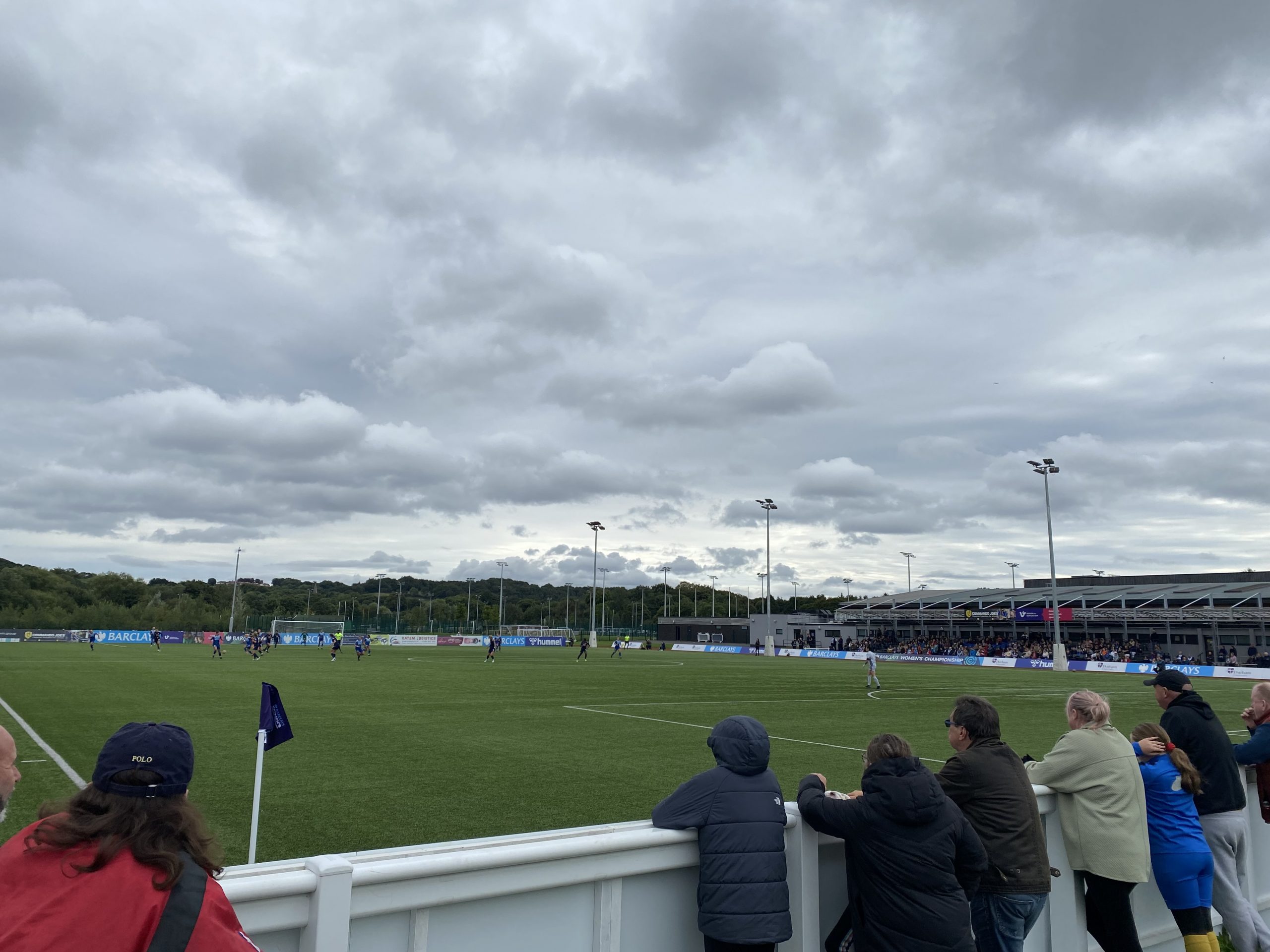 When you consider that the club only turned professional in 2022, their achievements are exceptional, especially as the world of women’s football changes around them.

2022 has been a huge year for the women’s game in England, but the wheels have been in motion for far longer; this summer’s Euros triumph was merely the reward of a process started by Hope Powell in 1998. At club level, you can trace that back to the founding of the Women’s Super League (WSL) in 2011.

Together these have built the English women’s game to its current level of success and prosperity. But it’s also drastically changed the face of what women’s club football looks like.

When I was growing up, far and away the most famous women’s football team was Doncaster Belles. Founded in 1969, before the FA’s ban on women’s football was repealed, the team were the definition of women’s football in England owing to their repeated success in the 1980s and 1990s. While Arsenal would come to dominate proceedings in the 2000s, Doncaster regularly challenged them for the title.

They were also a founder of the WSL when it began in 2010. So where are they now? Currently they play in the fourth division of women’s football. How did they get there? Not through relegation: they were demoted in favour of Manchester City.

This has been a popular past-time of the WSL. The strategy for developing the WSL has amounted to ‘make it Premier League Women’s Edition’. In the interests of fairness: Arsenal, Chelsea and Everton were all established names in the women’s game before the WSL arrived. 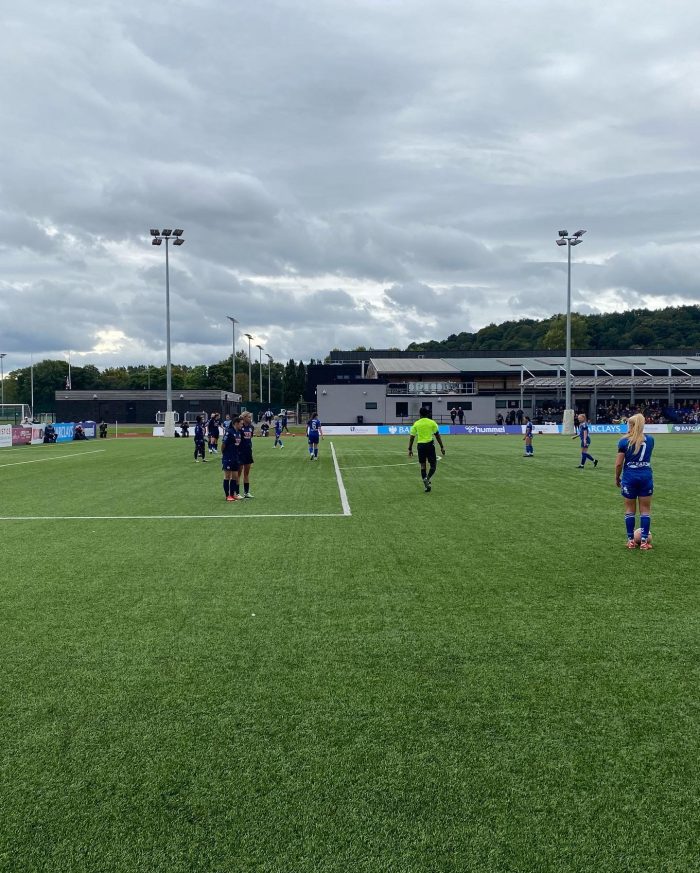 The other nine teams however were nowhere to be seen until recently. While many claim a decades-long history the reality is they were barely considered by their parent men’s team until the last few years. In the case of Manchester United they didn’t exist at all until 2018, and while an early incarnation existed it was shut down in 2006 after the Glazers purchased the club and deemed it unprofitable.

During this time there has been a steady filtering of clubs. Of the 12 teams that contested the final pre-WSL season, 5 have disappeared from the top two divisions entirely, while only three remain in the top flight.

It is abundantly clear that there is favouritism towards clubs with a prestigious name in the men’s game, historic backing of the women’s game before it was popular be damned.

This is most apparent with fellow north-easterners Sunderland, a club whose impact on women’s football in England cannot be overstated: Sunderland developed Lucy Bronze, Jordan Nobbs, Steph Houghton, Jill Scott, Carly Telford, Beth Mead and Lucy Staniforth. Their reward for this was to be denied the opportunity to join the WSL on marketing grounds in 2010, leading to the departure of Bronze, Nobbs and Staniforth, and while they would later reach the WSL they’d be demoted from it during the last restructure in 2018.

Now Durham are left as the sole representative of a region with a rich heritage in the women’s game and, with recent history as a reference, sitting in a precarious position.

Of course the FA doesn’t turn its nose up at all unfamiliar names: it accepted them into the fold in 2014 and they survived the 2018 restructure, and they share a division with unfamiliar names Lewes and Coventry United, and fellow independent club London City Lionesses.

But with Amanda Staveley promising to turn nearby Newcastle United Women into a force to be reckoned with, meaning heavy financial investment backed by an iconic brand, that second-tier spot owned by a university team seems mightily attractive for a crowbarring job.

Yet the beauty of football is that it is broader than a game of 22 players kicking a ball about. As far and away the most popular sport in the world and an intrinsic part of English culture, it represents so much more than just entertainment. It’s a microcosm of a community. 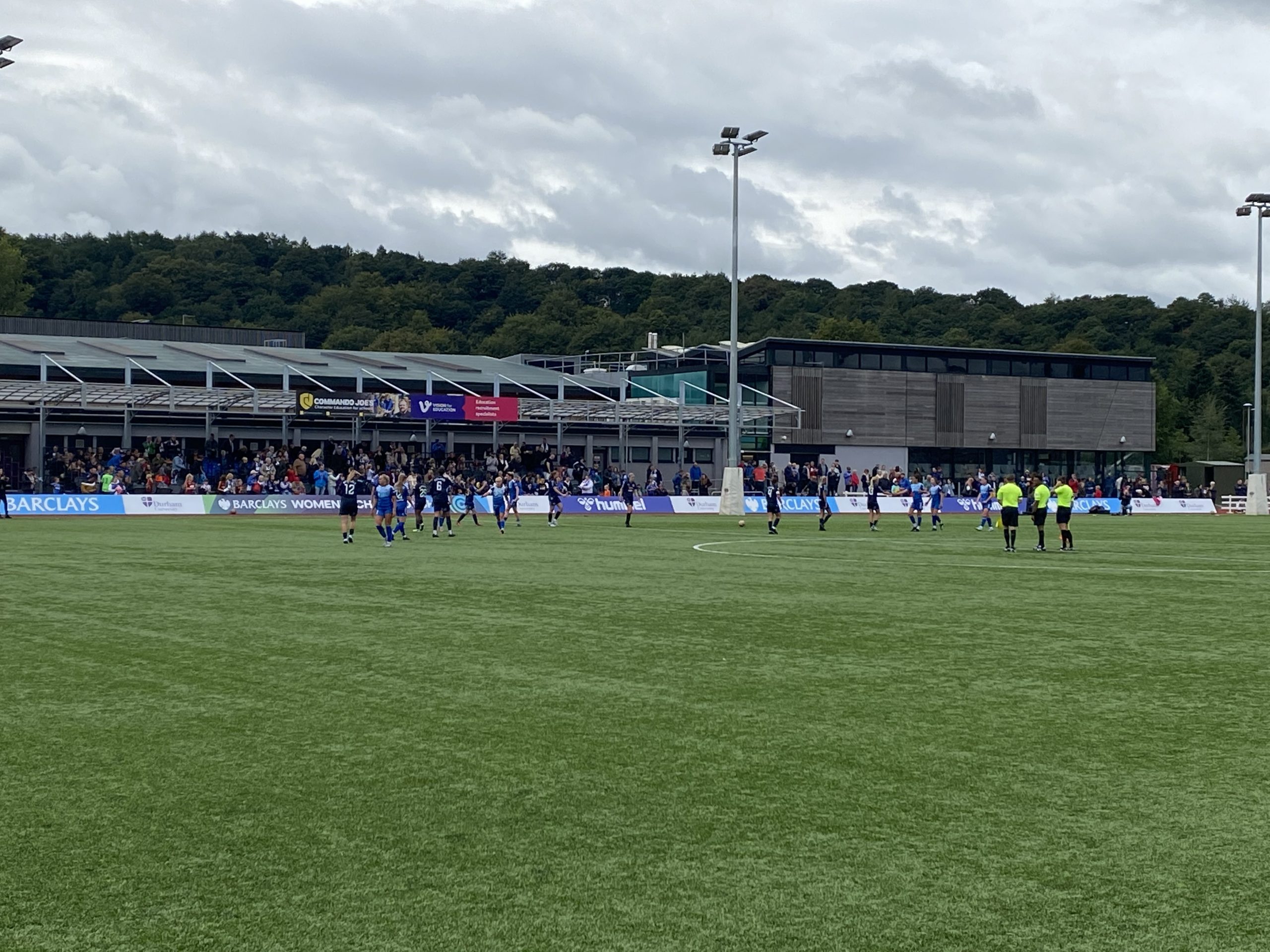 Durham is a strange place. To call it a university town is inaccurate as that implies an equal partnership between the two. Durham is a university which happens to have a council and a few residents who don’t vacate during the summer. The university owns the town, both metaphorically and literally: a good chunk of the city centre is actually owned by the university itself.

All of this leads to the town of Durham really just being an extended playground for the university, and Durham is a university whose student base has little in common with the local population. Stereotypically Durham is a landing point for those who fail the Oxbridge entrance exam, which leads to an influx of middle-class non-locals every academic term.

I was briefly a Durham student in the 2010s. In my time there no other student I encountered was also from the North East. Even among the academic staff, only one of my lecturers was from the North East. One even lived in London and was paid to fly up to Newcastle at the start of every week.

Durham has found itself in the news for the wrong reasons in recent years. A student from Gateshead alleged she was a victim of classist bullying due to her accent, while the rugby society’s Miner’s Strike themed fancy dress was bashed in the press as insensitive to the local population. This may go some way to explaining why I got the distinct feeling that the locals (many of whom worked in menial positions such as janitors and dinner ladies) were nicer to me than they were to others.

The town and its people are invisible to the campus population. Ironically, even when a spotlight deserves to be shone on them they get ignored: a recent Guardian article about ‘Culture Wars’ at Durham University concluded with comment about non-white students being racially abused in Durham. The victims themselves said they did not believe it was other students who abused them, rather locals, yet the article barely acknowledged this and even suggested it may have been a knock-on effect of the college Culture War. The idea of a world outside their middle-class bubble didn’t even occur to them. 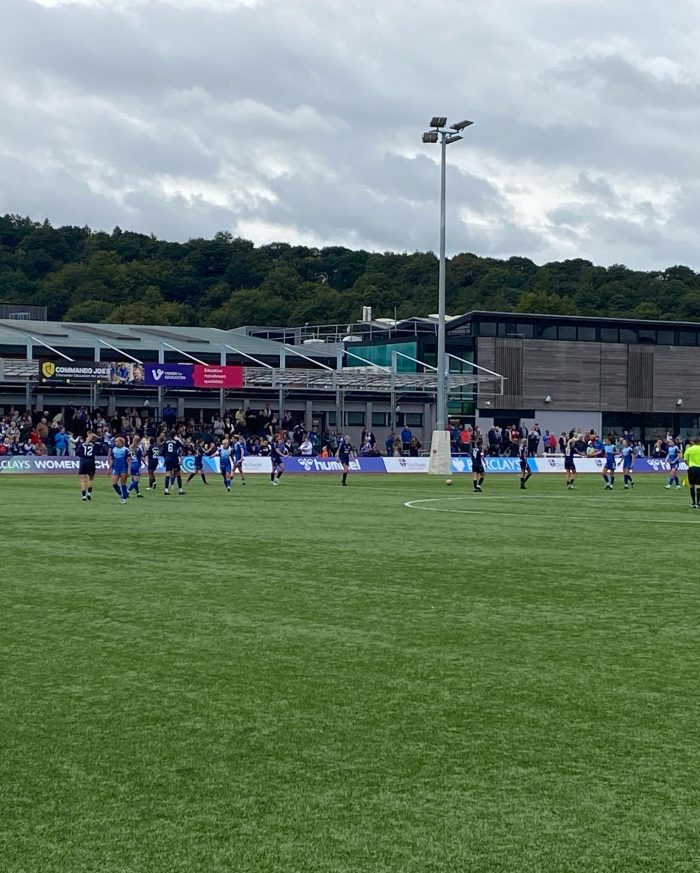 So how does this tie into Durham WFC? Well, to visit the aptly-named Maiden Castle is to visit a Durham that actually looks like Durham. Located on the fringes of the town, the crowd is small but feels anything but. Ahead of their league fixture against Blackburn the car park is rammed a good hour before kick-off, and when I finally park up and get inside the 300-seater stand is full and all pitch side standing places occupied, forcing me to stand behind another group. Even outside the stadium, a handful of people gather on an embankment overlooking the pitch and stay for the full 90 minutes.

When the match starts the crowd doesn’t take long to kick into gear: the ‘Blue Army’ proudly make their voices heard throughout the game. The crowd is not a monolith of 18 to 21 year olds speaking Estuary English, but both young and old, male and female. The ones belting out the songs were middle-aged men you’d stereotype as holding women’s football in low regard.

Everything about the crowd at Durham WFC screamed ‘community’ in a way the town doesn’t. Not just the fans around the pitch, but the sea of young girls in football kit, fresh from Sunday morning practice on the astroturf pitches next door, watching in between kickabouts with their friends and pestering their parents for money for the burger van.

The club reaches the current generation of fans and the next generation of players, and at full time it more than rewards them. A huge crowd gathers along the side of the pitch, and the players greet every single one of them. For at least twenty minutes players walk along the line signing autographs, taking selfies and chatting with fans and friends and familiar faces.

I am no stranger to low-level football where there is less separation between players and fans, but never before have I seen such a strong bond between a club and its players. For 90 minutes the crowd were behind them, and for the half-hour after the players gave their own praises. Durham is not its players or its fans; it is not one without the other, it is both joined firmly together. It is a community the town has lacked for so long.

Women’s football is at an all-time high in England and is only going to keep growing, but as the men’s game has shown us with those highs come lows. Already we are starting to see the club game diluted down to the biggest names fighting for the most money, and the idea of ‘inspiring young girls’ reduced to slapping Sam Kerr’s face on as much merchandise as possible and gestures that appeal primarily to journalists on Twitter.

Durham however are not being torn from their roots. They have been embraced by a community that has had its identity steadily whittled away over the decades, and the players have embraced them in turn. Durham are an aberration to modern women’s football: they don’t have a fancy name, they play in an unfashionable place, their stadium is makeshift and primarily the athletics track for the university leisure centre. They are the exact club that the FA do not want in the WSL, yet more than once Durham have knocked on its door with a defiant grin.

For the sake of a town that needs and loves its club more than any other in English women’s football, I hope they keep rattling the cage.

Gateshead fan covering non-league and world football, as well as football culture. Can occasionally be found wandering the world in search of a kickabout.