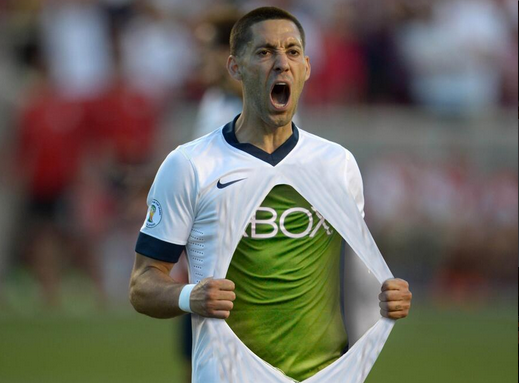 The year is 2022. This is the date by which Commissioner Don Garber aimed to have propelled Major League Soccer into the world footballing elite, and his dream has been realised. In the 29 years which precede, dating back to the league’s inception, there have been a number of defining moments: the first goal scored in 1996, the arrival of David Beckham in 2007 and the launch of New York City FC in 2015 – to name but a few.

Snap back to the present day, and we may well be witnessing another.

Before their match against FC Dallas on Saturday evening, film producer-cum-majority shareholder Joe Roth took to the pitch at Seattle Sounders’ CenturyLink Field. The fans, packed to the rafters, knew exactly what was about to happen. It was a rumour mill which had taken social media sites by storm after an unsuspecting Twitter user posted an innocent photo on Thursday afternoon; what followed was 24 hours of conjecture, confusion and commotion. By Friday night, gossip had begun to substantiate and people started to understand that this move was perhaps more than just silly-season speculation. But only seeing is believing, and it was not until Roth signalled to the US men’s national team captain to unzip his jacket, revealing the rave green jersey beneath, that the supporters truly believed: Clint Dempsey is a Sounder.

Indeed, you would struggle to find a Seattle fan who isn’t blown away by the move. But the bigger picture is a blearier one, characterised by a lack of consensus as to whether or not this is a good move for the MLS and for football in America (two interlinked but separate things). Naturally, it remains to be seen whether or not Dempsey’s return is good for his career, the league and the nation – but we can make an educated guess.

What Clint Dempsey’s decision to return to Major League Soccer does immediately is enhance the league’s credibility, and it does so in a couple of ways. The timing of the move is particularly pertinent; as any follower of the English Premier League will tell you, Dempsey did absolutely nothing last season to suggest he is past his prime. Despite perhaps not being deployed in his strongest positions by Andre Villas-Boas, the 30-year-old still managed 43 appearances and 12 goals for Tottenham, and had reportedly attracted interest from Everton, as well as top Serie A sides. Yet he picked the MLS. Had he seen the league as a “retirement home”, the move would have surely come in three, four years’ time, as a 34-year-old in the twilight of his career. Many have already floated the possibility that personal circumstances dictated his decision-making, and whilst it may well be the case that being closer to home was a factor, it seems to me unlikely, given his ambitious nature, that he would compromise his career if he felt the MLS was a weak league. 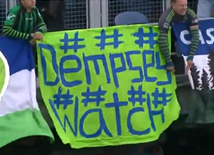 Not only is the timing in the context of Dempsey’s career important, but also in the context of the footballing schedule. We have, of course, entered into the 12 months before a World Cup, and players from every participating nation will be trying to stake a claim for one of the 23 available spots. Despite probably being the first name on Jurgen Klinsmann’s team sheet (he is, after all, captain), it is difficult to envisage Dempsey moving stateside if it was going to harm his chances of being included in the squad for Rio, presuming the United States qualify. In fact, the league’s refusal to adopt FIFA’s international season schedule may actually help Clint’s cause: the World Cup will come mid-season, at a time when he will have hopefully found a fluid rhythm and a sense of sharpness. The MLS of today is a very different proposition to the MLS of 2006.

All of this serves to highlight how far the league has come in recent  years; the plan to attract more elite footballing talent to the United States may indeed be in motion. But the move also demonstrates the MLS’s desire not to rest on its laurels, and to continue furthering its cause on the world stage. In securing Clint Dempsey’s signature, the Sounders have not only found themselves a new player – they’ve found the league a new poster boy. And the presence of such a player provides the league with a focal point for marketing. It is no coincidence that his arrival comes less than a week after plans to expand the league to 24 teams by the year 2020 were announced. You can bet your bottom dollar that interest from potential investors has risen since Dempsey’s arrival, and basic economics dictates that increased demand leads to higher prices – ultimately resulting in more revenue for the league in the long run.

However, the 30-year-old’s return has certainly not escaped criticism, particularly in the wider context of US soccer as a whole. One must admit that it seems a bit odd for him to effectively give up on his UEFA Champions League dream (which was certainly attainable whilst at Spurs) just a few months after Klinsmann’s strongly worded comments about American soccer players not pushing themselves hard enough.

Indeed, for a long time, Dempsey was the flag-bearer for US soccer in Europe; granted, you have the likes of Tim Howard, Brad Guzan and now Jozy Altidore in the Premier League, but there was something extra about Clint. He’s the favourite child, the one who defied expectations and had a legitimate shot at carrying the torch for the United States at the highest level. And now many people resent his decision to give up on that. They echo the US head coach’s comments, that soccer in America cannot truly progress to the next stage of its development until its players are competing alongside the Messis, Ronaldos and Bales of the world.

To those people, I say: you’re probably right. The baton has been passed to Michael Bradley of AS Roma, and hopefully he can do what Clint didn’t. But what is also true is that US soccer simply cannot improve without a strong and successful MLS. Many have called into question Dempsey’s aspirations (or lack thereof) but failed to recognise that the goal of bettering American soccer’s image can be accomplished just as well from within as it can be from Europe.

He told interviewers on Saturday that he wanted to “come back in my prime. . .not when I was past it”, and in doing so he has gone from being a small fish in a big pond to a big fish in a smaller, less prestigious pond. But unlike the Premier League, his new “pond” is still very much a work in progress, and somewhere that he can create a lasting impression. Perhaps even a legacy. The return of Clint Dempsey is a development very different in its nature to the first MLS goal, or Beckham’s arrival, or the launch of NYCFC – but one which may ultimately prove to be equally, if not more, pivotal to the long term growth of soccer in America.