It was a whirlwind final day of the January transfer window and easily the most exciting since Manchester City discovered their pot of gold back in summer 2008.

The domino effect kicked off early with Daniel Sturridge leaving Chelsea for Bolton on loan, sparking a flurry of internet hype that Fernando Torres was to be a Chelsea player. Of course this turned out to be the case, but not before the 26 year old was spotted everywhere from Liverpool’s Melwood training centre, to the back of a helicopter, to Tesco Express on the King’s Road in London.

With Torres leaving for Merseyside and the dominoes needing another push to continue, it meant Liverpool needed to splash their new found cash. They immediately aimed the majority of that in the direction of St. James’ Park in the hope of pinching bad boy Andy Carroll. Mike Ashley must have been grinning like the proverbial Cheshire cat when a club with a reported £50 million burning a hole in its pocket came knocking for the 22 year old who apparently was offered to West Ham for just £1 million two years ago.

The deals all went through nicely, and both Chelsea and Liverpool strengthened further with the confirmation of the David Luiz and Luis Suarez signings respectively.

Other rumours doing the rounds throughout the day were every La Liga striker to Spurs, Sebastien Larsson to Manchester City, Charlie Adam to Manchester United and Ashely Young to Liverpool, while Sir Alex Ferguson refused to part company with Howard Webb.

Twitter was again the place for all the cool kids to hang out with updates emerging from all over the country every few seconds, and if you haven’t gotten yourself on there by now then you’re as modern as a Premier League club with a fax machine. 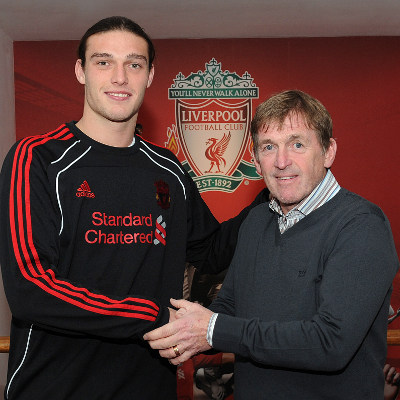 It was a good day for:

Liverpool: Yes, Liverpool. Sure they may have sold their best striker but they have replaced him with two adequate options, both with time on their side. Luis Suarez and Andy Carroll have the potential to form an excellent partnership and Kenny Dalglish instantly has better options than he did previously with just David N’gog to turn to when Torres picked up his latest knock. The parting shots from the Spaniard will leave a bitter taste in the mouth and there are no guarantees that he will win the trophies he has gone there for. Still though, £35 million for Carroll is crazy money no matter how much you dress it up.

Chelsea: The Torres deal speaks for itself really and if he remains injury free then Roman may finally get his hands on the Champions League trophy. The prospect of him linking up with Drogba is frightening. That whole fiasco has somewhat overshadowed the impressive capture of David Luiz from Benfica. Chelsea have struggled in the absence of Alex and the acquisition of another Brazilian defender will help shore up what has been at times a very leaky back four.

Blackpool: Charlie Adam has remained at Bloomfield Road despite rumours linking him to Manchester United and a late bid from Spurs. They have also agreed loan deals for Russian striker Sergei Kornilenko, though the move is subject to a work permit being granted, and Rangers’ James Beattie, while Andy Reid has come in from Sunderland.

It was a bad day for:

Tottenham Hotspur: After desperately trying to sign every striker in La Liga, ‘Arry finished the day empty handed having left it too late with his big to sign Adam from Blackpool.

Newcastle United: £35 million for a guy who has only been performing in the top flight for six months may look like a great bit of business, but Newcastle fans know better than anyone else that the chances of seeing that transfer fee put back into the squad are less than slim.

What are your thoughts on the day’s events? Let us know in the ‘Comments’ section below.