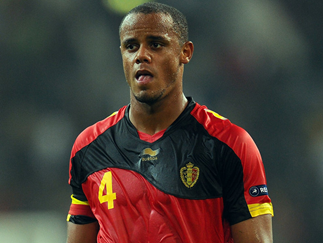 So somebody asks you, “Who is going to win the World Cup?”. Of course, the usual suspects are there. Argentina, Brazil, Italy, Spain, Germany, France, the Netherlands and even England are all natural answers to give to a question such as this. One answer however that is not usually given, is that of Belgium.

A consistently solid, but generally never spectacular competitor on the international stage, the best they have ever done in an International Tournament is to finish 4th in the 1986 World Cup in Mexico. In fact, the last time that Belgium even qualified for the World Cup was back in 2002, where they impressed but nevertheless crashed out in the round of 16 against a rampant Brazil (spearheaded of course by the magnificent three R’s of Rivaldo, Ronaldo and Ronaldinho).

Back then, Belgium’s star man was a grizzled veteran striker called Marc Wilmots whose dogged running and deceptive skill on the pitch saw him shine in what was an average Belgian side. Wilmots would go on to become the highest World Cup goalscorer in Belgian history, before retiring from the game in late 2003. After working his way up through the coaching ranks Wilmots finally took the reigns of his beloved national side in May 2012 and is now holding the reigns of one  of the most dangerous and underrated sides heading into Brazil.

With Wilmots’ enthusiasm and effervescent passion and energy at the helm, the only other key ingredient required  is a quality and well balanced squad- and Belgium have one of the best going. One has to look twice to believe the remarkable pedigree this generation of Belgian footballers has considering the size and footballing history, but top-quality players are peppered throughout the national side from back to front.

Backed up by the assured Simon Mignolet, and perhaps Europe’s most promising young goalkeeper Thiobault Courtois waiting in the wings for his chance I would argue that Belgium perhaps have the strongest central defence in the world at the minute. It’s a pick and mix from the best three centre backs in the Premier League: Vincent Kompany (the lionheart leader of the squad), Jan Verthonghen and Thomas Vermaelen. That is one formidable backline. Evidence suggests that Wilmots may even have room for all three, slotting Vermaelen in at left back and filling the right back void with one of Europe’s highest rated young defenders- Toby Alderweireld of Ajax.

Acting as a vanguard in front of that monstrous defence sit two of Europe’s most highly rated central midfielders playing at the minute- Axel Witsel of Zenit St Petersburg and Everton’s Marouanne Fellaini. With Witsel having already commanded massive money for his move to Russia, and with Fellaini consistently showing his massive talent in the Premier League, it is hard not to be impressed with this dynamic and physical central midfield pairing, which could hold its own against any other in the competition. Let us also not forget the quality of Moussa Dembele who should play a massive role playing just behind the front man and whose quality is hardly breaking news to followers of the Premier League.

Belgium also seem to be blessed with a remarkable array of talent on the flanks. The explosive and mesmerising exploits of Eden Hazard for Chelsea this season are a perfect example of how dangerous the Belgian wingers will be in two summers time. Hazard is perhaps the marquee talent of this Belgian side, and at just 22 one doesn’t even begin to imagine his talent by the time we reach the World Cup finals in Brazil. Alongside a choice of the two “Kevin’s” (namely Mirallas and De Bruyne) on the opposite flank- the Belgians will possess one of the most scarily quick wing departments at the next finals.

Finally, we come to strikers. Christian Benteke seems to be the number one choice for Wilmots at the minute, and anybody who has watched his form at Villa would find it hard to knock his quality at all. However, I believe the “X Factor” that could drive Belgium to winning this trophy lies with a certain Romelu Lukaku. Having witnessed first hand his development so far this season as a West Brom season ticket holder I can tell you- I have never seen anything like him. His speed, strength and aerial ability are that of the most supreme order, and the speed of his improvement has been jaw-dropping. If his progress remains unstunted, Lukaku can become one of the shining stars of the next World Cup and the driving force of their attack.

The acid test is simple. If you go through that side and ask yourself- “How many of those players would get into the England side?” The answer is simply, practically all of them. Belgium are quietly forming a team of endless potential- and the world is beginning to sit up and take notice. PaddyPower rates Belgium 22/1 to win the World Cup- thats odds only just longer than England’s at 20/1.
Look at that squad (and remember I haven’t even mentioned the squad players such as Defour, Lombaerts, Simons and Mertens). There are few stronger squads than that on the planet- and that squad will have grown in ability by 2014. If I was a betting man, I would have placed my bet already. The massive ability, physical strength and pace of Belgium’s team combined with the inspiration and passion that Marc Wilmots can bring to the table- Belgium can win in Brazil.

7 thoughts on “Dark Horses: Why Belgium will win the World Cup in 2014”