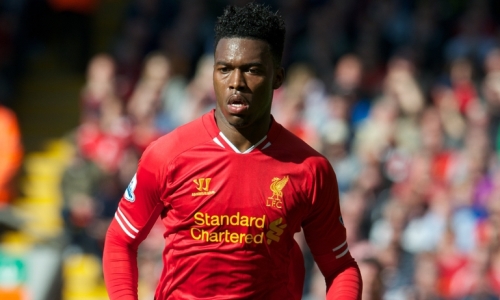 Looking back, it’s been an excellent year for Daniel Sturridge. Since joining Liverpool, the striker has become one of the most lethal frontmen in the Premier League, combining his talents with Luis Suarez to fire Liverpool to top four contenders from the side that struggled to finish higher than seventh or eighth.

Having been tipped as one to watch whilst at Manchester City, Sturridge’s move to Chelsea saw his career stall with the majority of his time at Stamford Bridge spent on the bench or out wide, a position that didn’t bring the best out of the striker. Despite not playing in his favoured position, the converted inside forward did manage 11 goals in 29 appearances in his best spell at Chelsea under Andre Villas-Boas, when the Portuguese used him during his brief managerial spell.

However at 24, Sturridge was snapped up by Brendan Rodgers when no-one else wanted him, and transformed him into one of the club’s key players. His loan spell back in the second half of the 2010/11 season at Bolton did show the potential of Sturridge, as he scored eight goals in 12 appearances while playing as a central striker.

With the right treatment and with the fact he was playing regularly bar a few injuries, Sturridge made an instant impact at Anfield. Scoring in his first three games for the Reds, Sturridge became the first Liverpool striker, since Ray Kennedy to reach this feat. His goalscoring continued after with another further eight goals, including a hat-trick at Fulham and a strike against Chelsea in the game which saw Suarez bite Branislav Ivanovic. Suarez’s eventual 10-game ban saw the responsibility fall onto Sturridge’s shoulders for goals, and he didn’t disappoint as he helped Liverpool finish strongly in the second half of the season, with Rodgers’ men losing just the three games in the league to Southampton, United and West Brom.

As Suarez continued to serve the remaining games of his ban moving into the new season, responsibility remained on Sturridge’s shoulders. This was something he continued to thrive on as Liverpool were victorious in their first three games winning 1-0 against Stoke City, Aston Villa and Manchester United, with all three goals scored by Sturridge. Further goals came with two against Notts County and a strike against Swansea in the league meaning he had scored six goals in his first five appearances of the season.

On the return of Luis Suarez, the two continued to show the footballing world that their partnership was ever evolving. The pair only played nine times together last season, scoring ten times when the duo played with each other. When Sturridge signed for Liverpool, there were doubts whether the two could play together, but from the short spell last season, and throughout the current campaign, they’ve proved their partnership is one of the deadliest in the Premier League. This season has seen the two score 12 times together, with five of those goals assisted by one or the other.

Despite a few spells out through injury, Sturridge has shown the quality he possesses, becoming one of the best forwards in the league. His game has significantly developed whilst at Liverpool, becoming more of a team player and not just the young greedy goal grabber he was whilst at Chelsea. He has definitely matured whilst at Anfield, and with the management of Rodgers, Sturridge is vital to Liverpool if they are to compete for a top four place and further afield in the Champions League. In the recent away victory at Stoke, his short substitute appearance was the difference in the game, providing Liverpool’s fourth goal and cleverly scoring the fifth which saw the Reds claim victory at the Britannia for the first time in the Premier League.

His consistent club form has also seen him become a key figure in the England set up as they prepare for the World Cup in the summer. Although he hasn’t featured as regularly as he and England fans would like, due to injury, his few appearances and link up play with Wayne Rooney, will be so very important if Roy Hodgson’s men are to get past the group stages.

For Daniel Sturridge, 2013 will so far be one of the best years in his short career. Liverpool gave him a platform and more importantly regular game time to prove the quality he possesses. With 2014 a World Cup year, alongside the fact that Liverpool are in with a shout of a top four place at the moment, it could well out do 2013.