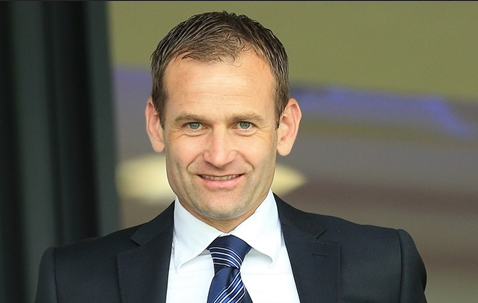 The English FA has made one of its most important appointments of recent time. The role of technical director may not be a sexy one and rarely a is news worthy one but it is none the less of huge strategic importance.

The Football Association have appointed their new man and it’s West Bromwich Albion’s Dan Ashworth. Ashworth, like the role of technical director, is understated yet quietly efficient and effective.

Ashworth has an extensive background and up bringing in football having played the game professionally. Ashworth continued to be involved with football after retiring as a player, working as an academy coach at Peterborough and Cambridge before he was appointed the technical director of West Bromwich Albion in December 2007. He had also previously worked as Albion’s academy director.

Ashworth is as responsible if not more so than anyone involved in West Bromwich Albion’s recent success, which has seen the club establish itself as not only Premiership regulars but a well-run, forward thinking club.

The ex pro who is also qualified as a teacher is seen as a key figure at the Hawthorns and West Bromwich are said to be devastated that their technical director has followed Roy Hodgson to the Football Association.

As I have previously stated, Ashworth has presided over a period of not only football success but crucially a period of success built on economic prudence. West Brom have the second lowest wage bill in the entire top flight.

This prudence has been built on Ashworth’s ability in the transfer market particularly his ability to pick up unheard of players for little or sometimes nothing that then develop into players with high sell on fees.  Ashworth is known for his admiration of the scouting and transfer policies of clubs such as FC Porto and Udinese. Ashworth has fantastic eye for a bargain picking up Graham Dorrans for £100,000, Youssouf Mulumbu for £175,000, Jonas Olsson was snatched from Dutch outfit NEC Nijmegen for £800,000 and the latest gem uncovered by Ashworth was Argentinian Claudio Jacob who cost nothing.

Ashworth, however, brings more than a good eye for a player to the table. He has been instrumental in transforming the academy and youth development structures at West Brom. Ashworth’s aim was to create an environment where the players would develop as footballers and people. Ashworth felt that the communication structures and leadership provided at some clubs are significant reasons for the malaise in English youth football.

Ashworth has made it clear to the coaches that work at Albion that they must seek out the players engage with them and make it their lives work to ensure that these young men develop on and off the pitch.

He places great emphasis on coaches and players talking and feels that this sort of interaction is as important as repetitive training ground drills.  Ashworth himself is a brilliant communicator and this is the back bone of his successful leadership style. Those who work for Ashworth want to do well for him because they like and respect him. In short Ashworth high standards are met because he consistently meets them himself. He leads by example.

It is Ashworth’s ability to think outside the box, his willingness to do the unorthodox that sets him apart from the crowd.

The quality of Ashworth’s work is reflected by the fact that he was a leading contender for the Director of Football job at Liverpool Football Club before the American owners decided to scrap the idea of having this management structure at Anfield. Indeed given the incompetence displayed by Liverpool at the end of the last window, many at Anfield are no doubt rueing the decision not to go after Ashworth.

Ashworth’s next role promises to be his most challenging. He will be expected to transform the landscape of English football. His main aim must be to get more players to the level that is required to play at the top level of the game. It is simply unacceptable that Roy Hodgson only has a 1/3 of Premier League to pick from.

He will be the driving force behind the new 100 million pound St George’s Park in Burton upon Trent. Ashworth must create an environment like the one he helped build at West Brom, where players come to engage, learn and work hard to develop their game.

These changes will not be easy. He certainly has the talent and the raw materials to be a transformative influence on English football providing that circumstances beyond his control don’t conspire against him.