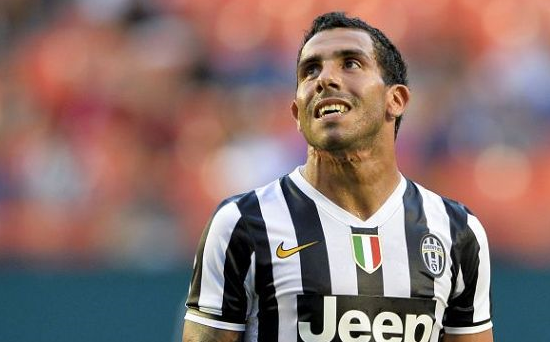 Juventus look set to win another Scudetto with the help from one of the best midfields in the world that includes the ageless Andrea Pirlo, the tireless Arturo Vidal and the graceful Paul Pogba but a lot has to be said for the strike partnership of Fernando Llorente and mainly Carlos Tevez and his eye for goal.

The scoring of goals has always been linked with death. Murder to be precise. You often hear of assassins in front of goal or whether of not a player has a killer instinct. A goal to put your team 1-0 up can be a killer blow or a third goal when it is 2-0 can kill the game off.

Whilst watching Carlos Tevez it became obvious that while other teams can do great things on the ball and dominate the middle third of the field, what every team is looking for is the kind of cold-blooded killer that is the fiery Argentinian.

Carlos Tevez doesn’t really get too concerned with the general, everyday work around the middle of the field, building up the play or assuring everyone is in their correct position. Everything Tevez does is centered around death for the opposition. The work rate and the tackling back is done with the hope that he might win the ball back in front of goal with a chance to pounce. Just like a real life predator in the wild, every second of his day is taken up by the thoughts of getting to the top of the food chain.

As is the case of many things in life, you can’t have one without the other and for every Andrea Pirlo, there needs to be a Carlos Tevez. One does not simple exist without the other. Pirlo plays a significant role in Juventus’ attack and while he gets on the ball, scores goals and looks good while doing so. He is the kind of player who can wait. The goals he scores are due to patience and figuring out a weakness in the opposition’s defence whereas a player like Tevez creates a weakness.

Tevez has had to learn that every single time he gets the ball, he will not be at a scoring angle or in a scoring position. Instead, he will look for the killer pass. It is not something that Tevez thinks of consciously but it is something he does instinctively. Whether you are 2-0 up or 3-0 down, Carlos Tevez is out for blood.

It may not always be pretty but for a cold-blooded killer like Tevez, it doesn’t have to be.

Think Van Nistlerooy, Suarez, Diego Costa. These men, if given the chance, will kill you while you sleep. Other teams, while dominating in other areas, lack this and this is why Juventus will win the Scudetto and quite possibly win the Europa League.