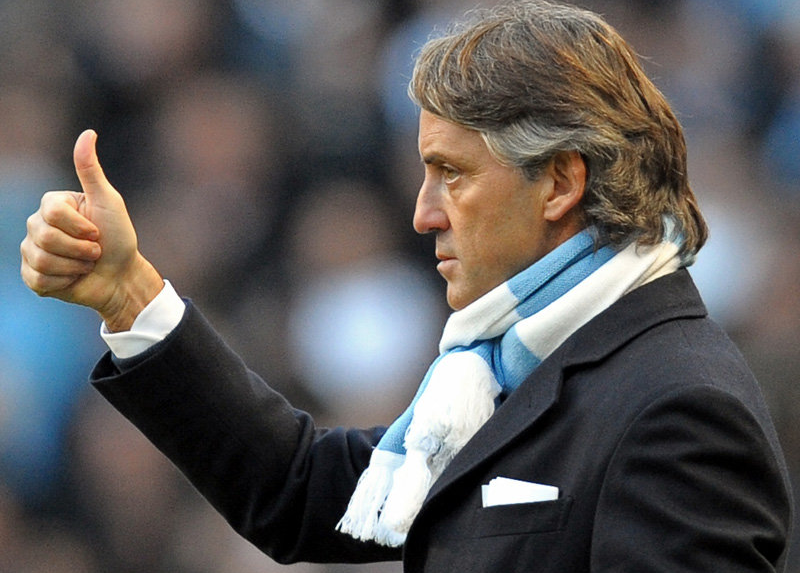 As someone who is used to travelling to games every single week, I often find myself depressingly bored in the Summer close season. No football means that I am left with nothing to do but lounge on the sofa watching Sky Sports News all day, desperately clinging to the hope that Brian Swanson will appear out of nowhere with the SkyPad and fill the void left by the absence of football with swathes of transfer rumours for me to sink my teeth into.

Sadly last summer, despite a few big moments and marquee signings, I was largely disappointed with the levels of off-season drama. So this got me wondering, could this summer be bigger and better? Could this summer be more exciting? But above all, what in God’s name is going to happen after the last ball has been kicked this May? Of course, I have just as little idea as the next man, but it is an interesting thing to consider.

Given the relative lack of humongous deals in the windows last year (with the exception of a couple of moves such as Hazard to Chelsea) I predict a relatively busy and frantic transfer market this time round- but more importantly, I believe this summer could be a summer of massive managerial shift and change.

The first thing to address is the Chelsea situation. Rafael Benitez will not stay at Chelsea, fact (excuse the joke). This means that already you have a managerial vacancy to fill at one of the biggest clubs in Europe. In my opinion the person who is destined to take control at Stamford Bridge is Jose Mourinho. For me it all adds up for Jose to make an emotional comeback at Chelsea since he left in 2007. He refuses to sign a new contract, states he will leave at the end of the season and says his destination is England, and him leaving will coincide perfectly with the time of Benitez’s departure.

To me it all makes sense for him to come back. Sure there will be a lot of big-money offers on the table for the “Special One”, but Mourinho has stated himself he loves the English game, and frankly you can offer all the money in the world but nothing can beat the pull of the club you love. Chelsea ticks both of those boxes.  With Mourinho gone, that leaves a vacancy at Real Madrid. I personally disagree with the speculation that Rafael Benitez is next in line for the job, and I can see it going to a more alternative candidate like Athletic Bilbao coach Marcelo Bielsa- who has done a marvellous job with the Basque side.

Next to consider is the future of Arsenal and Manchester United managers Ferguson and Wenger. Truth be told, I do not see either of them leaving this summer, but it is certainly more likely that the long-serving Arsenal boss could leave with the increasing fan pressure. Should this occur I can see someone like Michael Laudrup taking over at the Emirates. Young, great footballing pedigree and blessed with tactical skill and an effective passing philosophy (see Swansea’s 2-0 win at the Emirates, when they passed the “Master’s Of Passing” off the pitch) Laudrup has all of the correct qualities to succeed at Arsenal.

I believe that if Fergie was going to go at the end of the season, it would have been announced by now. However, in the unlikely event that he does retire, then there is only one man for the job: David Moyes. For me he is a shoe in; a vastly talented manager who has worked wonders at Everton, and truly deserving of his time at the top. When he does eventually go to United, I believe he will take Baines and Fellaini with him, but as I say, I believe that will more likely to happen next summer or maybe even the summer following that.

I doubt any other top clubs will get rid of their managers, and I fully expect to see Mancini and Rodgers to stay at City and Liverpool respectively, though it will be interesting to see how the situation at Newcastle with Alan Pardew having endured a comparatively underwhelming second season at the helm, and at Southampton- to be honest just to see if Mauricio Pochettino’s interpreter gets the sack before the big kick off next season.

As well as the managerial shift, I believe we could be in for a mouth watering array of transfer excitement up and down the board. Manchester City will undergo a summer of change in my books. Unsettled Carlos Tevez will leave the club- probably for his native South America, where he can play gold to his heart’s content. This then clears the decks for a massive marquee striker to be brought into the squad- most likely to be either Edinson Cavani or Radamel Falcao. Another interesting story to watch is whether or not Chelsea stick with Torres. I predict they will, and they will focus on bringing in long term replacements for the old guard. I even predict a cheeky return for Arjen Robben? With Mourinho back and him unsettled and out of favour at Bayern it would make sense?

Tottenham will finally seal that that long awaited striker deal, I reckon coming in the form of Leandro Damiao from Internacional. Meanwhile Gareth Bale will finally leave the club, most likely going to Real Madrid for stupid money, and I think that Tottenham will find it impossible to replace him. Staying in North London, I think that there could be some genuine weight behind the David Villa to Arsenal story, a deal which I can certainly see happening. Failing that, I believe the likes of Isco of Malaga (linking with Spanish Amigos Cazorla and Arteta in the Gunners’ midfield) or alternatively Christian Benteke could arrive at the Emirates. I do not expect United to splash out massively, most probably choosing to nurture their younger British talent- such as Jones, Smalling and Welbeck rather than paying big money to replace them.

The names of foreign prodigies will be inevitably bombarded at us from the SkyPad by Swanson and Co but the names that I personally would look out for are Stefan Jovetic of Fiorentina (I predict may go to Arsenal, Spurs or Chelsea), Christian Eriksen of Ajax (who has been linked to various clubs, but I think will most likely end up at Arsenal or Liverpool) and Victor Wanyama of Celtic (who could end up at a range of Premier League Clubs- but will be highly sought after across the board after his impressive displays at Celtic Park).

If you look further down the league I think QPR could find themselves in vast financial difficulty should they get relegated – which I believe they will be. QPR have left themselves vulnerable as a club paying big wages, with little ticket revenue due to the small size of their ground (Portsmouth anyone?). This means that a mass squad exodus could ensue, with key players flying off here there and everywhere. Elsewhere, Newcastle will try to break their own record of the most French Players signed in one transfer window, Liverpool will try to break their own record of most money wasted in a transfer window and Peter Odemwingie will try to break his own record for most miles driven in order to desperately track down Harry Redknapp.

Players such as Glenn Murray, Liam Trotter and Jordan Rhodes from the Football League are long overdue a crack at the big time and perhaps this is the summer in which these moves will happen. As well as more seasoned football league players, youngsters such as Jack Hunt, Nathan Redmond and Will Hughes could be snapped up by Premier League clubs. I expect your smaller Premier League clubs (the West Brom’s and Sunderland’s of this world) to take advantage of the Football League. And whilst on the topic, I would also keep an eye out for newly cash strapped Bournemouth who could do some big spending and make a big impact in the League One (or maybe the Championship, depending on their finish this year).

Nevertheless, even if I am completely off target with what I have just written, I know I am 100% correct in saying that this summer will be one of the most exciting and unpredictable summers of all time.