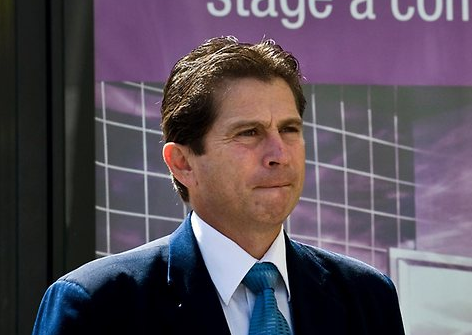 Welcome back to ‘Clean Sheet’, an inside look at the greatest position in world football… “Goalkeeper”

Sadly the A-League only threw up two clean sheets this week courtesy of John Aloisi’s Melbourne Heart holding out the Perth Glory and the Central Coast Mariners win over the out of form Newcastle Jets. Clint Bolton recorded his second clean sheet of the season, although the three points is always the first priority.

The ageless Bolton has been a consistent performer and possesses a calmness and leadership quality that many younger keepers would love to aspire to. The win helped the Heart stay within reach of the top four; however the same cannot be said of Perth and Brisbane who are the unlikely partners for Sydney at the bottom of the competition table. Bolton’s reflex save from a sharp shot from Perth’s Travis Dodd displayed his class under pressure and tireless work ethic.

Although Clint Bolton was awarded by many football pundits with the save of the week, my stand out keeper of the week went to Sydney FC youngster Vedran Janjetovic. Frank Farina’s recent faith in Janjetovic was repaid after he pulled off two cracking saves. The first showed mountains of courage as he rushed from the safety of the six yard box to slide head on and pick-pocket the ball out from underneath Paul Ifill’s nose. The other displayed much more athleticism after diving full stretch to his left to reel in a powerful Jeremy Brockie header.  The away win should help build some much needed confidence in the Sydney FC camp before they host the local derby at Allianz on Saturday evening. It appears Vedran is part of Farina’s immediate defensive plans and if his form continues, he could make things difficult for Ivan Necevski to win back his spot in the side. He’s obviously relishing his time under the Sydney FC goalkeeping Coach Zeljko “Spider” Kalac who he credits as his main reason in signing with the club.

Justin Pasfield’s strong performance against the Newcastle Jets delivered his first clean sheet of the season. Justin stepped into the Mariners senior side with Mat Ryan making his International debut for the Socceroos at the EAFF qualifying tournament in Hong Kong. Unfortunately for Pasfield, Ryan is in the form of his career which may not provide too many future opportunities to impress the coaching staff. The bonus of being part of a winning and competitive environment will certainly build his value going forward.

Moving on to the EPL, and the Arsenal, Aston Villa, Stoke, Southampton keepers all recorded clean sheets this week, although all the talk rested solely on the Manchester derby at the Etihad. It’s always unfortunate when the talk turns to happenings off the pitch, but the game itself was an arm wrestle from start to finish and it was difficult to turn away even with a late night calming Brisbane downpour on the tin roof calling me to my slumber. On the keeping side of things, David De Gea performed very well in comparison to his cross city rival Joe Hart with some very fine stops to keep United with their noses ahead at the final whistle. Hart  seems to be searching for his fine form of last season, however City, like many of the top Premier League clubs, is built on huge finances and sometimes the team harmony that managers so often strive for becomes a distant mirage that is rarely reached despite the wealth, table position and on pitch success. Chelsea’s Petr Cech again impressed as did Asmir Begovic who picked up his eighth clean sheet of the season for Stoke City in a scoreless draw at Villa Park. For the six keepers that have played all 1440 minutes of the season thus far, Begovic has faced 195 shots, and leads the group with only 12 goals to breach his line. Very impressive stats indeed!

The weekly ‘Keeping Clanger’ unfortunately goes to Nathan Coe. Not so much for his keeping performance but for the Victory defensive group who certainly didn’t do him any favours at the back. The Adelaide attacking line were afforded far too much space by the Victory back four and Ange Postecoglou will hope to fill the gaps before taking on Brisbane Roar this weekend. They won’t want a repeat of their Round Two encounter where they leaked five goals in a night that keeper Lawrence Thomas is still having nightmares over.

You’ve got to believe that you’re going to win, and I believe we’ll win the World Cup until the final whistle blows and we’re knocked out.