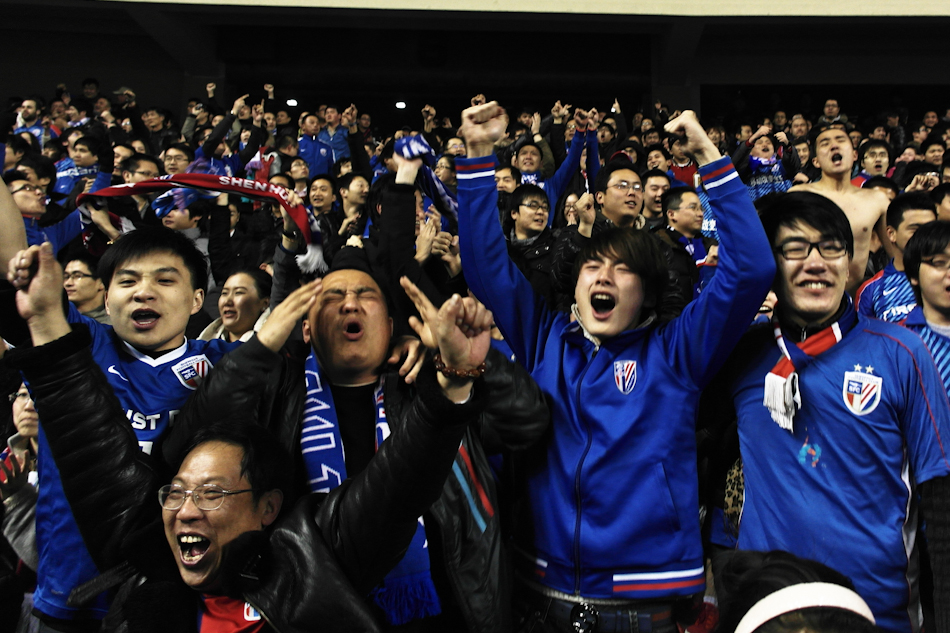 So Nicolas Anelka and Didier Drogba have both made the trip to the Chinese Super League. Anelka seems to have settled in just fine at Shanghai Shenhua, but who knows how Drogba will fare.

It’s quite clear that these kinds of transfers, small foreign clubs swooping for European hotshots with the promise of a warmer climate and a bunch of cash, is just going to continue.

The question is however, to what extent will these Chinese clubs go? The world’s economy is becoming increasingly dependent on China outside of the beautiful game, and their seemingly unlimited bucket of cash could play a huge part in future transfer windows.

Chelsea’s Frank Lampard is the latest big name to be linked with a move to China, with an unnamed club reportedly offering £250,000 after tax to the Pensioners talisman as a weekly wage.

Didier Drogba made the headlines recently after he moved to Shanghai only weeks after lifting the Champions League with Chelsea. The Ivorian was greeted in Shanghai Pudong Airport by a horde of vocal Shenhua supporters covered in face paint and waving seas of vinyl flags and banners. (I guess vinyl banners are more cost effective or cheaper to make – since they hand them out for free at the entrance for each team’s fans.)

Drogba’s two-and-a-half year contract with the Chinese club represents not only the final phase of his playing career but a new phase in the world of football transfers. Shenhua are reportedly paying the 34-year-old £9.7million per year, totalling to a whopping £187,000 weekly wage for the striker.

The addition of Drogba is being tipped to propell the mid-table Chinese Super League club to not only their domestic championship but to qualify for the Asian Champions League, the biggest prize for clubs on that side of the world.

Now with big money signings and some global attention, Chinese football is trying desperately to rebrand itself as the premier Asian football competition as well as a major force in world football. Who can blame them either, the Chinese market is largely untapped when it comes to football, and it is already dominated by the Premier League and to a lesser extent La Liga.

Take Guangzhou Evergrande for example, two years ago they were a lowly Chinese second division side, but after a huge pumping of cash into the club by owner Xu Jiayin, the club have since propelled to the top of their domestic game with a star-studded first-team squad consisting of Brazilian and European stars like Dario Franca and Muriqui. Is it a wonder they romped to the Chinese Super League title with relative ease?

Guangzhou’s title win and now Shenhua’s costly acquisitions suggest a new development in the league, throwing money around seems to lead to silverware in China, a feat that isn’t too hard in other leagues, take Blackburn and Rangers for example.

The face of football is ever-changing, but the direction in which it is going is so far unclear, although if this trend of Chinese money-waving continues, Europe could very well find itself losing its title as a footballing hotbed in years to come.