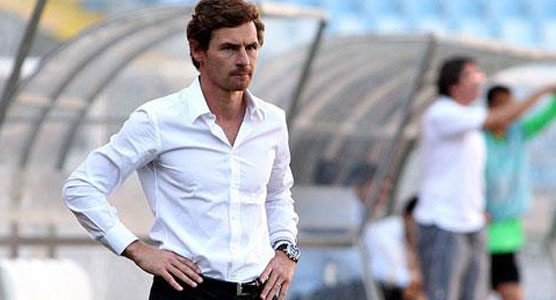 Friday was a whirlwind day for Tottenham Hotspur and the reported £49 million outlay has added some exceptionally talented players to the side in Lamela, Chiriches and Eriksen. This has made this one of the most phenomenal summers in the Lilywhites history, breaking their transfer record three times and signing seven  potentially amazing players.

Spurs had already spent well earlier this transfer window with the amount invested totalling over £60 million even before the additions of the world class triumvirate. Andre Villas-Boas, Baldini and Levy also appear to have spent wisely and got some astounding deals on their new playing staff. For example, Christian Eriksen who is widely regarded as one of the brightest young talents in the world was snapped up by Levy for little over £10 million and Paulinho’s signature was acquired for only £17 million despite the title of the third best player in the Confederations cup and position as a stalwart in the Scolari’s vaunted Selecao side. Deals such as this and on Toulouse’s Étienne Capoue will more than make up for paying slightly over the odds monetarily, for record transfers Soldado and Lamela. Now Spurs have a squad capable of challenging at the highest echelon of the game with a stunning strength in depth and a starting 11 to strike fear into the fans of any side. I feel that having spent the most cash of any English club in this window, they have their strongest ever side, even without Gareth Bale.

The tricky Argentine Lamela possesses both blistering pace and utter composure on the ball and seems the ideal replacement for Tottenham’s soon to be former Welsh wizard seeing as though he is also left footed and has a heart goal celebration. He can add to the goal scoring tally as he put away 15 in Serie A last year, a league renowned for its defensive capabilities. The former River Plate man can also unselfishly add assists with six last season for Roma while all of this success was also completed in only 33 appearances. Let’s hope he can deliver as much success and excitement as Tottenham Hotspur’s last Argentinian imports; Ossie Ardiles and Ricky Villa.

The second signing that AVB’s Blue White army completed was that of Romanian Vlad Chiriches. A stylish left, footed centre back, he has been likened to the superb and eclectic Jan Vertonghen. The £8m signing from Steau Bucharest will add competition and strength in depth to the side at both centre back and left back and allow AVB’s rotation policy in the Europa league work to the fullest extent.

Finally, in arguably the bargain buy of the summer they signed the creative spark they have lacked ever since Van der Vaart and Modric left two years ago. A typical No.10 the 21 year old Danish wunderkind will provide the pieces of magic and finesse which have typified the N17 club ever since Bill Nicholson’s managerial reign. He will also link the midfield to the attack as Soldado has looked isolated up top so far and give the Spaniard up top some service for his runs off the shoulder of the last man. Hopefully, this move to the heart of Tottenham’s midfield will allow the trequartista to fulfil his burgeoning potential which was marginally stilted in the not vastly competitive Eredivisie.

So, the future looks bright for the Lilywhites as t

hey have strengthened their side hugely and up to now boast a 100% record, conceding no goals in any competitive games this season. Many teams view them as challengers for the title despite AVB dampening the flames, and while it will take a period of time for their huge catch of new players to settle in and become a cohesive unit, once they do Spurs could be unstoppable.

This strongest possible 11 is brilliant but the fact that Friedal, Capoue, Dembele, Holtby, Chadli, Defoe, Lennon, Dawson and Rose could all be on the bench outlines just how strong the squad is now and how outstanding a weakened side in Europe will still be. They have the unprecedented situation where every player with the exception of Soldado has extreme competition for their place in the side as the back- up would have walked into the starting line-up in any previous season.

Unfortunately, this incredible strength in depth and potency in their fluid midfield most likely heralds an exit for Gylfi Sigurdsson, while a possible loan move is on the cards for superlative youngster Tommy Carroll. (He has been rumoured to go to Ajax on loan which would be invaluable experience for him at a high quality Champions league side).

The great business that Tottenham has undertaken highlights the absence of activity on the red side of North London and I’m sure it has exacerbated the frustrations that Arsenal fans have felt at this.

The Lilywhites are on the verge of greatness and I would be very surprised if top four and possibly a trophy weren’t achieved this year. The three signings completed yesterday have completed their starting 11 and have made them a really exciting prospect for this year and also due to the squad’s young age (average-24) a massive hope in the future.