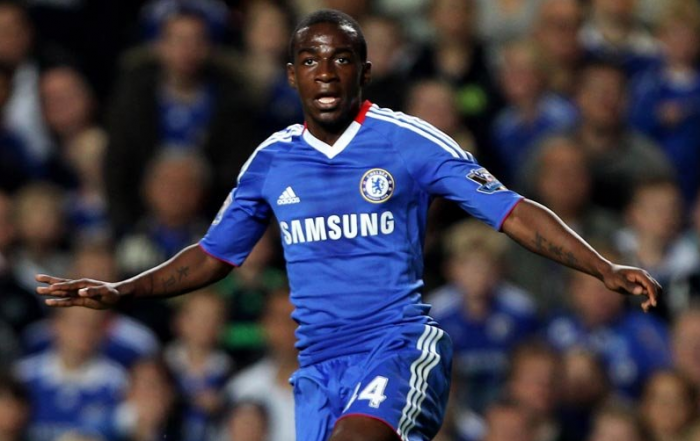 Gael Kakuta is a man who still has plenty to prove in English football.

His arrival at Chelsea as a 16-year-old brought huge excitement, with the young French winger starring in the reserve team and impressing on his senior debut for the club, a half hour substitute appearance at home to Wolves in November 2009, where his trickery, confidence and ability caught the eye of all watching.

When FIFA hit Chelsea with a transfer ban shortly before that debut, accusing them of unlawfully luring Kakuta away from Lens to join the club in 2007, the Blues defended their actions, pleaded innocence, and backed Kakuta fully under media and public scrutiny. The youngster becoming something of a hero with some Chelsea fans, certain that he would be worth the trouble the club had gone to to secure his signature, and the problems that they now found themselves in as a result of it.

In some quarters, however, Kakuta was left with much to show and, in a way, make up for.

The ban was eventually lifted by the Court of Arbitration for Sport, who ruled that Chelsea had not breached any rules in their approach of the youngster, but the whole event left a nasty taste in the mouth.

A quick search on YouTube will show you that Kakuta has produced a number of sparkling perfomances for the Chelsea Reserves, scoring a number of top quality goals and showing all the potential to be a world beater in the future. What he hasn’t had, is a long term run of regular first team appearances.

Now 20, and with unsuccessful loan spells at Fulham and Bolton Wanderers behind him, the enigmatic wide-man finds himself on loan at Ligue 1 side Dijon until the end of the season.

Those spells at the Premier League sides brought expectations of Kakuta getting a good opportunity for first team football, and a chance to show his true capabilities. As it is, in his two half-season loan periods, he made just 11 league appearances in total, scoring only once – for Fulham away to Sunderland in a 3-0 win in April 2011.

In his recent time at Bolton, Kakuta failed to make a league start, clocking up only 67 minutes in total with his four substitute appearances. A goal in Bolton’s 2-0 Carling Cup win over Aston Villa may be all the Frenchman can take from his time with The Trotters.

Chelsea would have had high hopes for his time at the Reebok Stadium too, with the well publicised and highly successful loan spells at the club for their own Daniel Sturridge, now a first team regular at Stamford Bridge, and prior to that, Arsenal’s Jack Wilshere, whose career has been helped to an excellent (pre-injury) start by a period at Bolton.

Both men have now represented England at full international level, with many pinning the Three Lions hopes at this summer’s European Championships firmly on Wilshere’s back.

Little has been said or made, however, about Kakuta’s time at Bolton. Uninspiring, could perhaps be the word to best sum it up. Chelsea must be hoping that a spell back in his homeland with Dijon will revitalise and kickstart his stuttering career.

The French outfit, promoted at the start of this campaign, currently sit just one point above the relegation zone in Ligue 1, and Kakuta must look to impress when the opportunity arises.

As a youngster, the winger brought gushing praise from coaches and teammates alike. Joachim Marx coached Kakuta as a youngster at the French centre of excellence, and later went on to work with him at Lens. Marx called him “a phenomenen”, and picked him out as a cut above the rest of the young boys he worked with. After his first reserve game for Chelsea, appearing alongside Michael Ballack, the former German captain apparently told journalists to “Go see the French lad. He is the star.”

Could it possibly be a weight of expectation that has held him back so far then? High hopes, and the unpleasant way he was thrust into the public eye and limelight would be difficult for any youngster to contend with.

Kakuta was also singled out for praise by then-Chelsea boss Carlo Ancelotti in December 2009, shortly after the earlier mentioned Wolves game, as he started in a Champions League Group Stage match at Stamford Bridge against Apoel Nicosia. Chelsea had already confrimed their place at the top of their group going into this final group game, as Ancelotti took the opportunity to put out an experimental team, with Kakuta making his first Champions League start and impressing throughout, despite a late Apoel equaliser making the result a disappointing 2-2 for Chelsea.

In his post-match press conference, the Italian said: “Kakuta is the only good thing from tonight. He played well, he showed his talent, he did a fantastic pass for the second goal. He will be the future of Chelsea.”

Unfortunately though, Kakuta has had few positive moments for the Blues since.

A spell out of the English public and media eye in France may be just what the doctor ordered.

It should be said that this is not a doom-mongering piece written to try and declare Gael Kakuta’s career as being over before it has begun, or saying that he will never reach his potential. Just, that he was perhaps expected to have made more of an impression by now.

Only time will tell, but this Chelsea fan for one hopes he comes good sooner rather than later.