Bohemians have all but wrapped up the 2009 League of Ireland title following a comfortable 3-1 win over Sligo Rovers on Friday night. 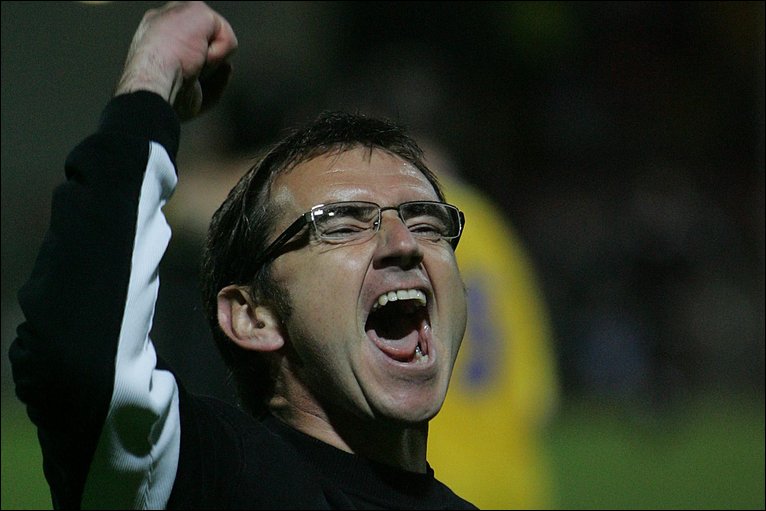 Goals from Paddy Madden, Joseph Ndo and Jason Byrne were enough to secure the three points as rivals and closest challengers Shamrock Rovers stumbled to a 1-1 draw at home to Galway United.

Speaking after the game, manager Pat Fenlon was delighted with the overall performance of the club this season.

“Obviously it’s going to take a while to sink in,” he said.

“It was a very hard start to the season for us, and it’s been a difficult season for the club, but it’s a fantastic end to it all.

“Our fitness levels have been great and Liam O’Brien and the rest of the staff have to take credit for that.

“You always get what you deserve in football. But really, it’s all about the players – to do it two years in a row is very special for them.”

The season has not been without its controversies but once again Bohs have proved to be the benchmark on the field and, barring a 17 goal turnaround this weekend, will be crowned champions for the second successive year.

At the bottom of the table, Bray Wanderers have been relegated and ninth place Drogheda will take on the eighth place team in a playoff.

UCD were crowned First Division champions, while Shelbourne and Sporting Fingal will battle it out for the chance to face the loser of the  Premier playoff for a possible place in the top flight.