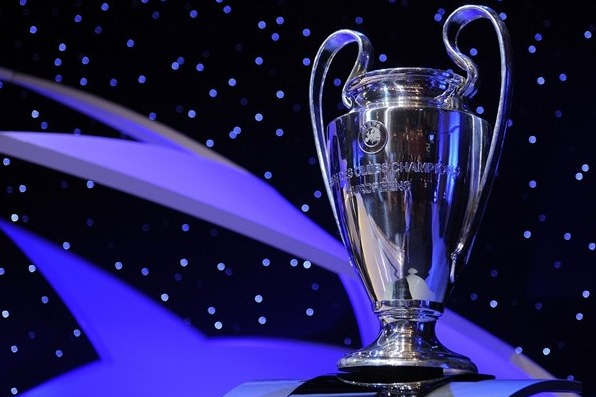 Back Page Football’s resident Champions League correspondent is back to preview Tuesday night’s UEFA Champions League round of sixteen ties between CSKA Moscow vs. Real Madrid and Napoli vs. Chelsea ahead of a busy week in Europe’s premier football competition.

The UEFA Champions League round of sixteen first legs continues on Tuesday night with two high profile fixtures down for decision. Jose Mourinho takes his free-scoring Real Madrid side to Moscow to face CSKA while his former club Chelsea are in Italy to face Serie A side Napoli on the same evening.

Madrid’s trip to Moscow sees the La Liga pace-setters anxious to build on their excellent Champions League opening phase performances and domestic form which has the Santiago Bernabeu club top of the pile in Spain. CSKA don’t resume their domestic campaign until March and have been busy in the transfer market during their winter break by bringing in three new players.

Chelsea’s turbulent domestic form and off-field issues sees under-fire Coach Andre Villas-Boas desperate for a positive result in Italy. Didier Drogba has returned from Africa Cup of Nations duty and not a moment soon with star-signing Fernando Torres struggling for form in front of goal. Napoli’s Coach Walter Mazzarri will watch Tuesday night’s encounter from the stands having failed to overturn a recent two game touchline ban. Napoli has fallen away in the Serie A title-race over the past number of weeks but the Italians will relish the opportunity to take on Premier League opposition once again having finished ahead of Manchester City in the groups stages.

Round of 16 – CSKA Moscow vs. Real Madrid in the Stadion Luzhniki, Moscow

There can be little doubting Real Madrid’s favourties tag heading into Tuesday evening’s Champions League last-sixteen assignment away to CSKA Moscow in Russia. Jose Mourinho’s men were the form team of the opening phase by winning all six of their Group D fixtures to finish top of the table and secure a seeded berth in the first knockout round.

A whopping 19 goals scored and paltry 2 conceded underlines Madrid’s easy passage from a group containing Lyon, Dinamo Zagreb and Ajax. An opening day 1-0 win in Zagreb was followed by back-to-back demolitions of Ajax (3-0) and Lyon (4-0) to all but secure qualification at the half way point in the group. A 2-0 victory in the Stade Gerland on Matchday 4 cemented Real’s qualification with two games to go but Los Merengues sent a stern message to the rest of the continent with two more victories over Zagreb (6-2) and Ajax (3-0) to complete a perfect six wins out of six.

Cristiano Ronaldo was the star performer in the opening phase contributing 3 goals and being involved in most of Madrid’s additional strikes. José Callejón and Karim Benzema have each netted 4 but in truth, this Real side can score from almost anywhere on the pitch making them favourites to progress to the latter stages of the competition.

CSKA Moscow continued their recent progression in the Champions League by qualifying for the knockout stages of the competition having finished runners-up behind Inter in Group B. ‘The Army Men’ endured a difficult opening phase and only secure their place in the last-sixteen on a dramatic Matchday 6. Before that, CSKA began their Group B odyssey with a hard-fought 2-2 draw away to Lille on Matchday 1 and were hugely unfortunate to lose by the odd goal in five at home to Inter on September 27.

The Moscow club took 4 points from their two encounters with Trabzonspor before a critical showdown against Lille on Matchday 5 ended in disaster with the Ligue 1 side securing a 2-0 victory at the Stadion Luzhniki. CSKA’s qualification chances looked remote at best heading into a daunting away fixture in the San Siro on Matchday 6 but a 0-0 draw between Lille and Trabzonspor on the same gave the Army Men a fighting chance.

Moscow recorded a shock 2-1 victory courtesy of an 86th minute strike from defender Vasili Berezutski and Leonid Slutski’s side celebrated grabbing second place in the group to setup Tuesday night’s showdown with Real. CSKA currently on the Russian Premier League’s winter break and do not return to action until early March. In recent weeks Madrid have opened up a 10 point gap at the top of La Liga and look odds on to go through to the quarter-finals at the expense of the Russians starting with a first-leg win on Tuesday night.

Round of 16 – Napoli vs. Chelsea in the Stadio San Paolo, Naples

Former FC Porto manager Andre Villas-Boas faces into his most important fixture since taking over at Stamford Bridge when Chelsea visits the city of Naples on Tuesday night. Chelsea have endured a torrid few months in the Premier League and are in danger of missing out on a top four finish if results don’t improve in the second half of the season. Villas-Boas has endured a dressing room bust-up with some of the longer serving Chelsea players, has had club owner Roman Abramovich attending training sessions in Cobham as well as the upcoming John Terry court case grabbing additional negative headlines to contend with in the build-up to Tuesday night’s tie.

The Pensioners’ indifferent domestic form is a far cry from their consistent Champions League displays which saw Chelsea top Group E ahead of Bayer Leverkusen, Valencia and Genk. 13 goals were scored en route to qualifying for the knockout phase including 2-0 (Leverkusen), 5-0 (Genk) and 3-0 (Valencia) victories at Stamford Bridge. The goals were spread evenly amongst Didier Drogba, Ramires and even Fernando Torres in the group stage but Villas-Boas would settle for just one away strike to give Chelsea the upper hand in the second leg.

Napoli’s route to the last sixteen of the Champions League began with a tough Group A draw alongside Bayern Munich, Villarreal and Manchester City. The Serie A side earned a vital point away to City on Matchday 1 before dispatching Villarreal 2-0 at hte Stadio San Paolo and securing another 1-1 draw at home to Bayern Munich. A 3-2 defeat away to the Germans on Matchday 4 setup a massive showdown with Man City on November 22 in what was essentially a play-off to see who would come second behind Munich. Once again Edinson Cavani proved the Neapolitans hero with a goal in either half to secure a memorable 2-1 victory and put the Italians in pole position heading into the final round of group fixtures.

Victory in Napoli’s final Group A encounter away to bottom of the table Villarreal would secure passage to the round of sixteen irrespective of how Manchester City got on at home to Bayern Munich on the same evening. The Serie A side wrapped up a comfortable 2-0 win in El Madrigal courtesy of second half strikes from Gokhan Inler and Marek Hamsik rendering City’s 2-0 win over Bayern immaterial. Napoli enjoyed a terrific start to their domestic 2011-2012 campaign including notable wins over AC Milan and Inter. A recent run of poor form has seen the Partenopei drop away from the front-runners and  struggling to maintain a Champions League qualifying berth.

The Italians will look to top scorer Edinson Cavani and Ezequiel Lavezzi for goals when Chelsea visits on Tuesday night where a cagey, narrow home win looks the likeliest outcome between two out-of-form sides.