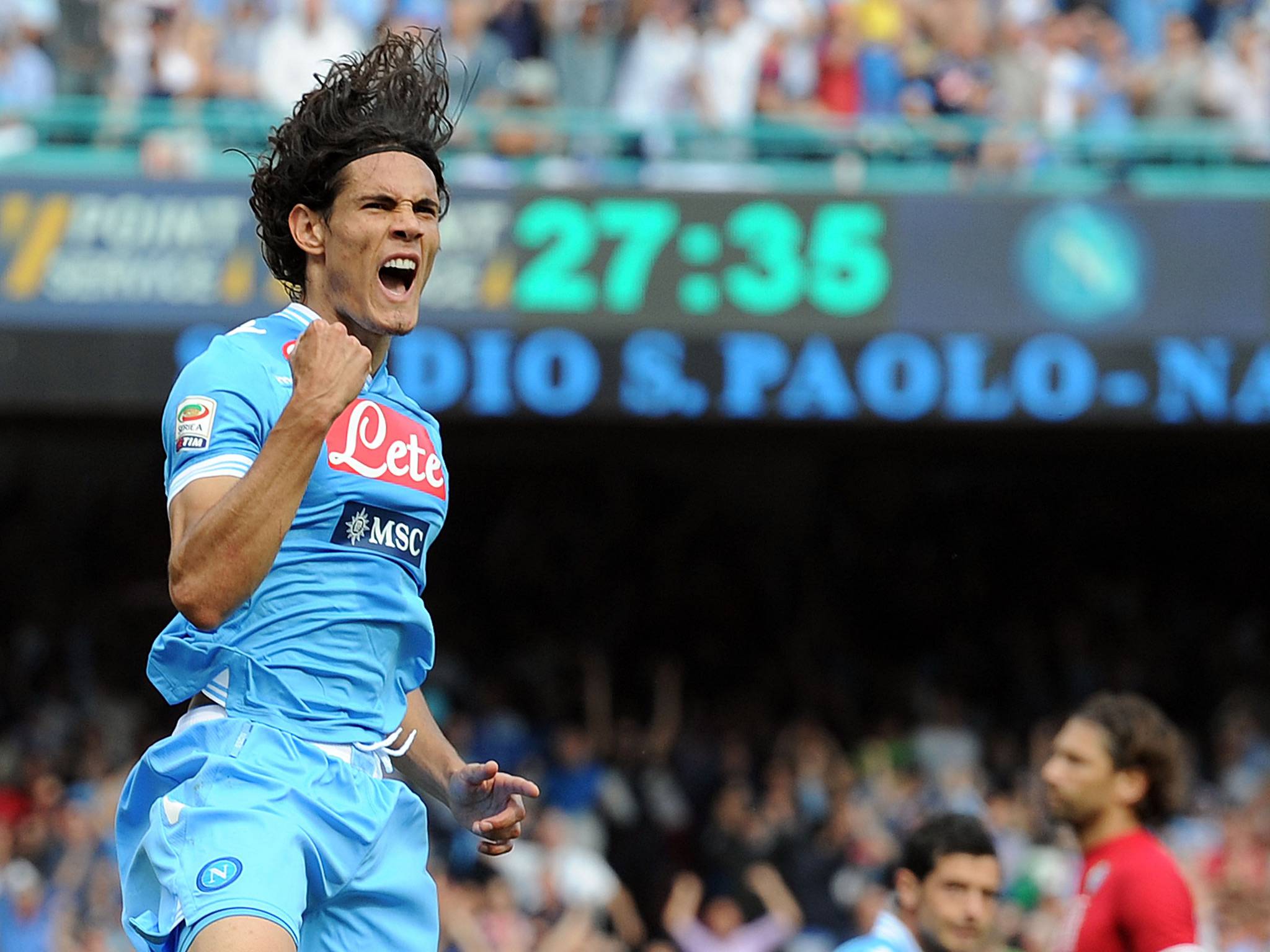 There is an inescapable feeling that it is now or never.

Sure, Edinson Cavani is just 26 years of age but if he is to reject the overtures of Real Madrid, Chelsea and Manchester City this summer, clearly the Uruguayan is planning to spend his peak years at Napoli.

Diego Maradona may have had the perfect cult concoction – ability, boisterousness and vulnerability – but his fellow South American, Cavani, has achieved similar popularity with Neopolitans.

From the prestigious Cavani-Matador calzone pizza to Arch Bishop Crescenzio Sepe’s proclaiming that “God serves himself by having Cavani score goals”, Cavani’s destiny may yet be fulfilled at Napoli.

After all, the temptation must be there – amid Cavani equivalents of the ‘Holy Diego’ statues of the late ’80s cropping up – for Cavani to stay and net the 12 goals he needs to eclipse Maradona as Napoli’s all-time leading goalscorer.

This summer, though, feels different – encapsulated in Walter Mazzarri’s departure from the Stadio San Paolo.

Mazzarri, after all, was ridiculed for loaning and selling the immensely popular hometown hero, Fabio Quagriella, to Juventus at a four million euro loss in 2010 and 2011 respectively.

Cavani, too, seemed a curious eventual replacement: languid, lanky and laborious as a timid presence on the wing for Palermo between 2007 and 2010.

The Uruguyan, though, was soon unleashed in his preferred central position under Mazzarri: scoring a fantastic 104 goals in 138 matches in just three seasons and striking a chord with Neapolitans with his devout Christianity.

However, it has not all been rosy.

Even though one in three men owns a firearm in Uruguay, nothing could have prepared Cavani – or fellow imports like Ezequiel Lavezzi and Marek Hamšik – for Naples’ notorious crime rate.

The Camorra mafia are believed to have been behind a series of cynical and tactical burglaries in the past two years.

This led to the houses of Cavani and his agent, Claudio Angellucci, being raided in October, 2011; and Cavani’s then wife, Maria, was mugged for her £14,500 Audemars Piguet watch in July, 2012.

Then there is the fact that Hamšik’s wife, Martina Franova, had her BMW car-jacked in November, 2011; and Ezequiel Lavezzi’s girlfriend, Yanina Screpente, had her Rolex seized in a mugging in the same month.

Like in the 1980s, the Camorra, want to ride on the back of Napoli’s success but have little interest in the club for the right reasons – having deserted Napoli when times got desperately tough as a bankrupt Serie C side in 2004.

The Camorra ‘merely’ want a share in the club from Napoli’s owner, Aurelio De Laurentiis, in return for protection but De Laurentiis is adamant, and evidently deluded, that Napoli will not let the threats and burglaries affect them:

Naples is no more violent that Milan or Rome, which I would call the real crime capital of Italy. I would like to tell her {Yanina Screpente} that during a recession, she shouldn’t go around with a Rolex on his wrist.

So, while, Cavani has not let it deter his efforts on the pitch, the circumstances surrounding his personal life have changed drastically in the same period. 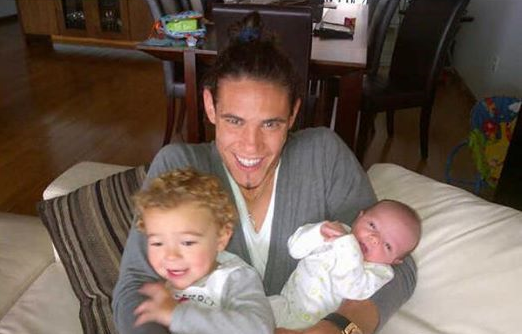 The Uruguayan has fathered two sons, Bautista (2011) and Lucas (2013, and clearly – despite his sons currently being based in Uruguay – is well aware of the stability the metropolises of West London, Madrid or Manchester could offer.

The real turning point, too, could be how tainted Cavani’s personal life in Naples feels after his divorce from Maria Soledad, who was living estranged in Uruguay.

Cavani, naturally given his religious devoution, was rocked by the unravelling of the marriage – amid intense scrutiny and incessant marital affair rumours –  and described his efforts as a “failure”.

Cavani’s wife could never adjust to life in Naples and, even if that is distinctly separate from the joyous adulation the Uruguayan enjoys at the San Paolo, it would be impossible for Cavani not to resent Naples somewhat for what happened.

So, therefore, while there will be Neopolitans who would lament Cavani’s departure – given that he is so close to the record – the Uruguyan could actually go one better than Maradona.

After all, it is often forgotten that Maradona’s career nose-dived once he departed Napoli – amid horrific contract wrangling and links with the Camorra – and Cavani could go on to enjoy unprecedented silverware success with another major European club.

Without the belief of Mazzarri and the platform of the San Paolo, it could be argued this would never have been possible but the fact that Cavani’s £53 million fee would be likely to be afforded to Rafa Benítez to be re-invested in the playing squad is welcomed compensation.

Whether Cavani opts for the Santiago Bernabéu, Stamford Bridge or the Etihad remains to be seen but after three seasons of devout service, few could suggest Cavani has not paid Napoli, and Mazzarri, back for their faith in him.