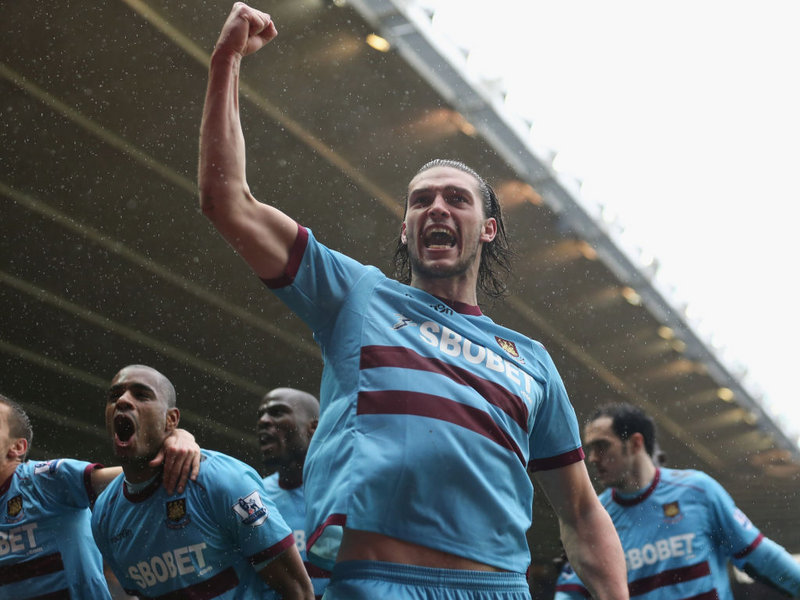 In theory, the move was a no-brainer.

Brendan Rodgers used Andy Carroll for just 20 minutes in the two games the Englishman played for Liverpool at the start of this season and little suggested this pattern was to change.

If anything, Rodgers throwing Carroll on for the final ten minutes of matches reflected not only the obligation of the Northern Irishman having to use Liverpool’s record signing, but, also, what a desperate throw of the dice Carroll symbolised in Rodgers’ plans.

After all, the idea of Rodgers relying on Hail Mary long balls is nothing short of an anomaly.

Carroll, though, reflecting his often underrated determination, was – and, undoubtedly, still is – hell-bent on being a success at Anfield.

While, therefore, Carroll’s initial reluctance to move on loan to Upton Park was somewhat understandable, there is no doubt it was the right move.

After all, unsurprisingly, it is telling that as Rodgers’ reign at Liverpool has progressed, the Northern Irishman’s blueprint has been cemented and embraced.

From the signings of the deft, quick-witted and pacey Daniel Sturridge and Philippe Coutinho to the growing comfort of Liverpool’s defenders in possession, Carroll would struggle to settle in these dynamics.

Sure, a 24 year old international should be able to adapt to a new manager’s plans but it must be stressed that Carroll was already gripped by the pressure of his £35 million transfer fee.

Of course, the Northern Irishman was to publicly question Carroll’s suitability, footballing intelligence and fitness, but it was telling that Sam Allardyce utilised Carroll for the 3-0 victory over Fulham on 1 September, 2013. – just days after signing him.

Allardyce, clearly, has been the tonic for Carroll in a crucial juncture in his career and it is telling that the distractions of East London, such as the notorious Faces nightclub in Illford, have not been an issue for Carroll.

Carroll, who became a father in 2010, has banished doubts over his attitude, natural fitness and Premier League pedigree. 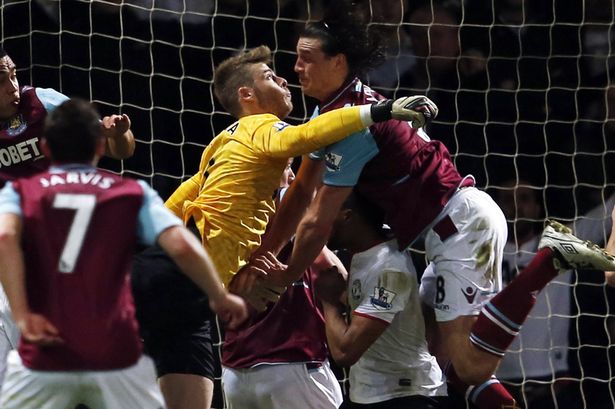 Six goals in 19 games may seem a fairly average return, but Carroll is the centrepoint of Allardyce’s strategy.

Also, whether it was Frank McAvennie, Ian Bishop, Julian Dicks, Martin Allen, Slaven Bilić, John Hartson, Paolo Di Canio or Carlos Tévez, the crescendo of the Upton Park roar is that bit louder with a cult hero in tow.

Carroll looks to have already entered that pantheon and with Allardyce close to signing a new contract, the striker symbolises a shift in the West Ham support and philosophy.

Just months ago, West Ham fans felt tangible distain towards Allardyce’s football – an accentuation of an inferiority complex, as much as a hark to the traditions of the Academy of Football.

The cult status of Carroll, though, as Allardyce’s lieutenant has been a crucial factor in the contentment of West Ham fans amid a successful season.

Also, it is no coincidence that the fear factor that once gripped West Ham late in games at Upton Park has, for the most part, dissipated.

As a result, following the chaos of having eight mangers in 12 years and four different owners in that same period, West Ham fans are firmly looking to the future and a new era at the Olympic Stadium.

So, while David Sullivan and David Gold’s audacious seven-year plan was always unrealistic, the stability Allardyce has offered in tandem with the performances of his talisman, Carroll, has been crucial to West Ham’s survival this season.

To fail to sign Carroll permanently, though, would put immense pressure on Allardyce to find a striker who can not only provide the same inlet but, also, hit the ground running in what will be a testing second season in the league for Allardyce and West Ham.

Admittedly, many will wonder whether Carroll even wants a permanent move to Upton Park – particularly if Newcastle entered the race or, even less likely, Rodgers welcomes him back.

However, clearly, he is very open to the idea:

It is obviously a great club and I do not see why not [moving to Upton Park permanently].

The incoming Financial Fairplay rules and Carroll’s lofty wage demands may, ultimately, scupper the deal but there is no doubting that Gold and Sullivan will do all they can to retain West Ham’s cult hero.

That, in itself, shows how far Allardyce has come.

One thought on “Carroll key to future West Ham progression”