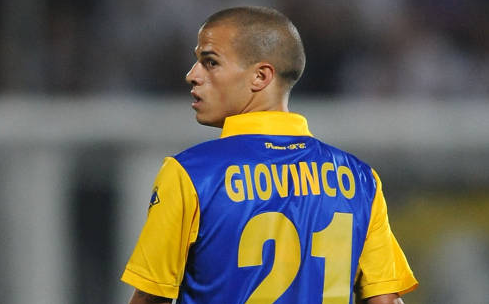 In the mid-nineties Serie A had reached its zenith, as those who used to enjoy Channel 4’s Football Italia with a follicled James Richardson will testify. Provincial outfit Parma and AC Milan’s Roberto Donadoni had too reached new heights, with both involved in the hunt for the Scudetto. Some fifteen years later in a coincidental twist of fate, the two have come together at the Ennio Tardini, albeit in rather different circumstances.

The likes of Fabio Cannavaro, Gianluigi Buffon and, of course, Gianfranco Zola, have become synonymous with a time of great success at Parma. It was the glory days in which they wore their famously exotic yellow and blue hoops, and were frequently challenging for both domestic and continental titles.

Unfortunately they never won the Scudetto, coming closest in 1997 when they finished second. But, Coppa Italia successes combined with numerous titles abroad, including the UEFA Cup, European Super Cup and the European Cup Winners’ Cup lessened the disappointment in the most triumphant period in the Emilia–Romagna club’s history.

But, Parma came down from this fairytale high with an enormous bump. The collapse of the club’s parent company Parmalat in 2003 left the Gialloblù in dire straights. The dairy corporation had a hole of €14 billion in its accounts in what remains Europe’s biggest bankruptcy. The club were forced into reforming under the name Parma Football Club in 2004 (from Parma Associazione Calcio), and remained in financial trouble until 2007 when businessman Tommaso Ghirardi bought the club.

Surviving relegation narrowly in his first season at the helm, they were powerless to resist the drop a season later. But, they bounced straight back, and with an estimated investment of  €30m from Ghirardi since taking charge, there’s now stability and a cause for optimism for the Emiliani.

This season didn’t begin very well, with Franco Colomba – who safely guided the outfit to a safe mid-table position last season – being sacked after a winless streak of six matches culminated in a 5-0 defeat to Inter. The incoming coach was Roberto Donadoni, formerly coach of Italy, Napoli and Cagliari amongst others. Fans and pundits alike were sceptical, given the lack of success in his managerial career to date.

But, a switch to a three-man defence initially yielded some excellent results, with Parma’s star player Sebastian Giovinco giving ‘The Don’ his seal of approval. “Donadoni wants more attacking football, as before we perhaps sat back and waited for our opponents a bit too much,” the midfielder said.

They’ve lost just thrice since Donadoni took charge, and although they sit in 17th position, their performances have been worthy of a side much higher up the table. They put in superb displays against Napoli and Milan amongst others in recent weeks, and yet came out of both of those games on the losing side.

“I’m not worried, in fact I am confident,” director Pietro Leonardi insists. With Lecce having fallen from touching distance of safety and Novara and Cesena all but in Serie B, there’s no cause for alarm. Not least with the squad that Parma have at their disposal, which is certainly good enough to avoid the drop.

Antonio Mirante has made as many saves in Serie A this season as former Parma stopper Gianluigi Buffon, and has cemented himself as one of Serie A’s most reliable keepers. The Inter loanee Jonathan has slipped in to Donadoni’s system as a wing-back with relative ease, whilst former Italian international Cristian Zaccardo strengthens the defensive line.

Despite this, it’s when Parma are attacking that they are at their best. Former French U21 and Inter winger Jonathan Biabiany is on loan from Serie B outfit Sampdoria, and has proved to be one of the revelations of the season. His pace is his main asset as a true winger, with only Sebastian Giovinco having created more goals this campaign.

That brings us nicely on to easily the most exciting character in the Parma squad; the ‘atomic ant’ Giovinco. The quick-footed 25-year-old will almost certainly be on the plane to the Euros in the summer, and may yet end up playing his football at Juventus next season. He was born in Turin, and made 32 appearances for the Bianconero until departing for the Tardini on loan in 2010.

The Crociati exercised the rights in the deal to buy half of the playmaker at the end of said season, and neither the team, nor Giovinco have looked back. He’s notched an impressive 17 goals in the two seasons he’s spent at Parma, with his stock rising considerably over this period.

There’s been much speculation about why Giovinco has seemed happier at Parma than Juve, with some suggesting he’d rather be a big fish in a small pond – or perhaps more fittingly, a big ant in a small colony. But, he’s simply suggested he wasn’t invited to be part of the Juventus project, and is now happy playing regular football.

Despite this, he’s teasing the media by refusing to deny a move ahead of next season. “I do not know yet where I will play in the future. Juventus? Anything can happen in football. I open all the doors,” he commented. Juve coach Antonio Conte is understood to be a keen admirer of the diminutive attacker, and has said: “Giovinco is a Parma player. I admire him, but as an opponent. I only speak about my players.”

The Parma supporters will no doubt be desperate for Giovinco to stay, in the hope that one day he too will join the illustrious list of club legends of the last provincial side to seriously challenge for a Scudetto. While a repeat looks a long way off, if they can build on the form they’ve showed under the tutelage of ‘The Don’ with some shrewd summer signings, they’ll slowly but surely eke their way up the table. Who knows, maybe the glory days of the nineties may one day repeat themselves for two of Italy’s most famous footballing institutions.

One thought on “Can ‘The Don’ bring back Parma’s glory days?”