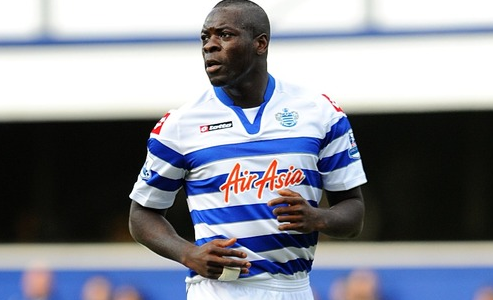 All segments of just three of the many tweets I read on Monday evening following a disastrous 45 minutes from Queens Park Rangers, following an abject first-half showing against Fulham, to the extent that the Cottagers’ no-nonsense Norwegian centre-half Brede Hangeland was performing backheels in the Rangers penalty box and the home side were cruising into half-time with a 3-0 lead. There had been no apparent heart nor desire from Redknapp’s side, who had allowed the freedom of Craven Cottage to messrs Dimitar Berbatov, Bryan Ruiz and their supporting cast. Throw in defensive haphazardnous from £100k per week defender Christopher Samba and Rangers looked to be heading to relegation with a whimper.

However, then something strange happened. Adel Taarabt drove at the home defence and slotted past Mark Schwarzer in first half injury time. Loic Remy’s fiercely struck second, six minutes into the second half (moments after one of the tamest penalties the Premier League has seen in its 21-year existence) gave hope, and a second-half display of vim, vigour and attacking intent would have garnered some kind of reward had it not been for the excellent Schwarzer, who made a number of tremendous saves, most notably a tremendous fingertip effort from a Bobby Zamora drive. The home side held on, and the second half display by the west London club was all for nothing.

History will insist that no side has ever steered itself clear of the relegation zone when in such a perilious state. With a meagre 23 points from 31 matches, currently seven points form safety, it has been mentioned that the hoops need in excess of 14 points from their remaining seven games to even have a hope of extending their stay in English football’s top-flight.

Yet, after a second-half showing where there at least appeared to be some kind of desire to change the story, can QPR complete perhaps the greatest of footballing escapes, and steal their way to safety?It sounds utterly incomprehensible, but can hope be offered to R’s supporters?

What instantly stands out are the next four matches. Fellow strugglers Wigan are entertained on Sunday, in a match where three points for Rangers are perhaps as big a must as three points have ever been in a Premier League football match. Lose, and they’ll be 10 points behind the 17th placed Latics, who will retain a game in hand. Draw, and it stays at seven points but with a game having been lost.

From there, Everton away is a match you’d expect the Toffees to win, particularly given their recent good home form, although a number of supposed lesser sides have left Goodison Park over the past two years with at least a share of the spoils – Wigan, Norwich (twice), Swansea, Blackburn, Bolton, Stoke and QPR last season. Stoke at home is another ‘must win’ and given the recent downward spiral that Tony Pulis side have been on – four defeats in five – not to mention their dreadful away record this season – one win in 16 – and Rangers are arguably favourites. April 28th comes a trip to the Madejski Stadium and the equally doomed Reading, and a match where one, or even both sides, could potentially suffer the ignomony of relegation.

Four matches. Logically a minimum of nine points are needed and even then it will be a big ask, with three tough games to follow. But just think if they could pull off such a run and go into two home matches where the Loftus Road crowd are fully behind them, reinvigorated by positivity, and with renewed hope. Chances remain extremely slim – many will argue that slim left the scene live on Monday night football – but perhaps Rangers fans can still maintain some, albeit slight, modicum of hope.