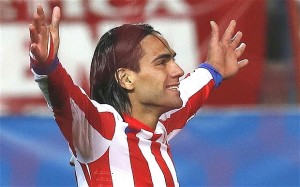 As I write this article, Barcelona have kicked off away to Levante in the knowledge that they could open an 11 point advantage on their fiercest rivals, Real Madrid. In Spain, every title since 2003/2004 has gone to the Bernabeu or the Camp Nou.

Rafael Benitez’s Valencia were the last side to to wrestle the title from the two giants with a brand of football that entertained, and attracted Liverpool into acquiring his services for the season after. That Valencia side secured their second title in three years and nearly a decade on, could we now have probably the biggest upset in Spanish football history unfold before our very eyes?

Los Rojiblancos, for anyone not familiar is the nickname of the other side in Madrid, Atletico Madrid. Under the shrewd managerial-ship of Diego Simeone, Atletico have not seen these dizzy heights since they secured the double of League and Cup in 1995/96. In that famous season under another shrewd character, Radomir Antic, the team included the current manager and top striker Kiko amongst others they captured the title four points ahead of Valencia.

The current Atleti side also hold a top striker, and this has propelled them to be level on points with Barcelona at the moment. The most sought after player outside two of greatest to have played the game in Cristiano Ronaldo and Lionel Messi, that man is Colombian goal machine Radamel Falcao.

Falcao joined Atletico from Porto for 40 million euros after Sergio Aguero left in a multi-million pound deal to Manchester City. His record of 36 goals in 47 league games(including tonight’s penalty in a 4-0 win over Sevilla) is a testament to what he contributes to Simeone’s side. In all competitions, his record of 51 goals in 64 games further empathises what will be a crucial upcoming transfer window for both player and club. Major interest from Chelsea has surfaced since he demolished their defence in the European Super Cup final last August.

The question is will Enrique Cerezo, the owner of Atleti, risk the wrath of a passionate fan base and a manager like Simeone? Why sell, when the same fee would be discussed in the summer, if not more, should Atletico win La Liga? His value to the club and to the Spanish League in general could make for one of the most exciting title races in recent times.

This is not to detract from the rest of the Atleti side which contains other talented players to compliment the majestic Falcao – Chelsea loanee goalkeeper Thibaut Courtois, the heir apparent to Chelsea legend Petr Cech, Turkish talent Arda Turan who has being linked with the likes Liverpool in the past, former Chelsea midfielder now Atletico general Tiago Mendes and cultured centre back Diego Godin to name a few. Simeone has assembled a side which so far has shown they are up for the challenge, a battling 1-0 at Granada last weekend whilst being down to ten men for the last 20 minutes showed they have the gut for the fight. Atletico sides in the past would have crumbled under similar circumstances.

Their title credentials will be severely tested next weekend when they head to the Bernabeu, a stadium where Atleti fans have witnessed some excruciating nights since their last victory there in 1999/2000 season. Simeone’s men go into the game on the back of a good run of form, with Real coming off a defeat against Real Betis. It will be the one game a lover of football will want to watch and hopefully Atleti can continue to upset the applecart.

I am a lover of football, specifically the tactical elements surrounding the game today. Supporter of Liverpool FC. Greatest moment watching Liverpool live in the Nou Camp, beating the Catalans 2-1 in February 2007. Catch the Late Kick Off at late-kick-off.blogspot.ie