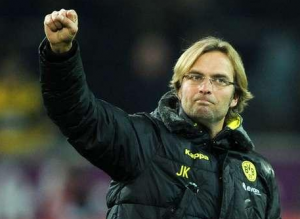 The Bundesliga is currently the flavour of the month. With last year’s all-German Champions League final many have suggested that Germany has the best league in the world rather than England. The question is whether this is true or not.

Last season’s Champions League would suggest that the German league is stronger than the English equivalent. Borussia Dortmund and Bayern Munich competed against each other in the final, while not a single English club progressed past the final 16. Success in Europe is a good barometer as to how good a league is. The five previous Champions League finals have been contested by three English teams, two Spanish sides, one Italian team, and four German sides; the most successful country in Europe can surely lay claim to having the strongest league in Europe.

The title of world’s best manager is a straight up fight between Jose Mourinho and Pep Guardiola. These two football behemoths manage Chelsea and Bayern Munich respectively and are currently the most sought after managers in the world. As any serious football betting fan knows, the dividing line between Mourinho and Guardiola is as thin as a cigarette paper. However, further down the line it is clear to see that the best managerial talent opt for the Premier League. Besides Guardiola, only Dortmund coach Jurgen Klopp and Hamburger coach Bert van Marwijk have substantial European pedigree. In England, meanwhile, you have Man City’s Manuel Pellegrini, Arsenal’s Arsene Wenger, Tottenham’s Andre Villa Boas and even Fulham’s Martin Jol. The best manager in the world could well be Pep Guardiola but the best managers in the world are found in the Premier League.

There is no disputing that Bayern Munich and Borrusia Dortmund are very good teams. Munich may even be the best in Europe, but what the league doesn’t possess are six teams capable of winning the title. In recent years the Bundesliga has turned into a two-team competition with the last four titles being won by the two sides. In Britain there have been three winners in the past four years. The strength in depth of the Premier League has always been its defining feature and as witnessed this season there are six teams that can win the Premier League.

Nobody at the beginning of the season imagined Arsenal to make the fantastic start that they have done and nobody expected Manchester United to falter like they have. Considering United won the league by 11 points last year they were expected to do well, but they are now priced at 15/2 with Paddy Power to win the League, sitting eight points behind Arsenal.  This strength in depth is somewhat exclusive to the Premier League and is one of the main reasons for it being the best league in the world.

Money is a decisive factor in football; the more money you have the higher calibre players you can attract. The Bundesliga garners €728million while the Premier League clubs net over two billion pounds between them. If we compare the promoted clubs from both leagues you can see the financial difference. Hertha Berlin spent £880,000 while Eintracht Braunschweig spent £1.2million. Over in England, Hull spent £13million, Cardiff spent £33million while Crystal Palace spent £18million. There is a clear gulf in spending capabilities between German and English sides and as football turns ever more into a business, financial clout is everything. More money equates to better players.

In summary, the Premier League is the best league in the world due to its financial dominance. It attracts better players as well as having unrivalled strength in depth.