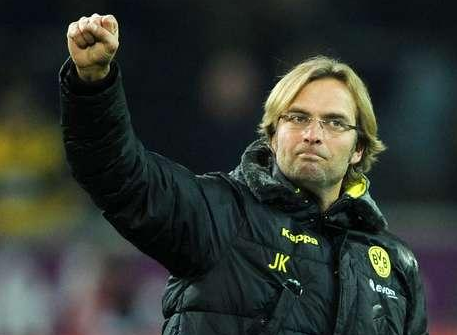 After four weeks, nine days and some rather massive managerial news from Munich, the Bundesliga is back!

The winter break is over and done with, and it’s time play the music, light the lights and get things started on the, er, Bundes show tonight.

The obvious talking point will be, as mentioned, the big coaching news coming from Bavaria. No, not that Sven-Goran Eriksson is taking up some role or another with 1860 Munich (or, er, isn’t?), but that Pep Guardiola will be taking charge of Bayern next summer.

It’s certainly put the Bundesliga in the spotlight at the perfect time, just as the second half of the season gets underway. And, while all eyes will be on Pep, Bayern do still have another manager at the moment, and he’s doing a fair job himself.

Under Jupp Heynckes, Bayern have notched up a mighty 42 points from their first 17 games, losing just once. The title is, essentially, theirs to lose. ‘You never know in football…’ and all other clichés apply, but it’d surely take something to go monumentally wrong for them not to be crowned champions for the 23rd time.

Their nearest challengers, albeit nine points adrift, are Bayer Leverkusen. Of course, they do have the advantage of having not one, but two managers; Sami Hyypia, he of Liverpool fame, and the lesser known but equally as important Sascha Lewandowski share managerial duties.

It’s not a common scenario, but one that clearly works for them as they sit second, three points clear of reigning champions Dortmund and, surprisingly, Eintracht Frankfurt, and possess the league’s top scorer in Stefan Kiessling (12 goals).

Frankfurt, who since the mid-90s have had a reputation as something of a yo-yo, or should that be jo-jo, club, were promoted back to the top division after finishing second in 2.Bundesliga last term.

The form of the likes of promotion winners Alex Meier, who has 11 goals this season, and right back Sebastian Jung, very much on Joachim Low’s radar for the national team, alongside some shrewd acquisitions such as ‘keeper Kevin Trapp, left back Bastian Oczipka and midfielder Stefan Aigner have seen The Eagles soar to the final Champions League spot. It remains to be seen whether they can sustain that standing, but at least relegation appears to be out of the question.

For Dortmund, who sit one place above them on goal difference, it will have been a somewhat frustrating campaign. Back-to-back titles meant they would have been looking to complete an unprecedented ‘threepeat’, but so far they’re 12 points off Bayern and haven’t looked quite at the same level of the past two years.

Nuri Sahin has returned ‘home’ on an 18-month loan spell, after seeing his talents wasted at both Real Madrid and Liverpool. That’ll provide a big boost and, as long as they can juggle the league with what looks like it could be a prolonged run in the Champions League, you’d probably back them to edge Leverkusen for 2nd place.

At the other end of the table, things do not look so good for another of the newly-promoted sides: Greuther Furth. The Cloverleaves may have won Germany’s second division, but the luck of the Irish has not been with them this term as they’ve managed just one win and suffered ten defeats.

After losing last season’s top scorer Olivier Occean (although he himself has struggled at Frankfurt) they have found goals hard to come by, and while their 28 goals conceded is by no means the worst in the league, it the fact they’ve only scored 11 that sees them propping up the rest of the table.

One point, and indeed one goal scorer above Furth is FC Augsburg. It’s a pretty much identical situation to that which they found themselves in last season, which was also their very first in the Bundesliga.

They turned it around last season to finish a respectable 14th. To repeat that may just be too big of an ask, although they’ll be hoping the arrival of Ji Dong-Won can provide the goals to do so (as a Sunderland fan, I’d say it’s unlikely) and it may be the best they can hope for is a place in the relegation play-off.

That position is currently occupied by Hoffenheim, who have been to conceding goals what Furth have been to scoring them. Their 41 goals conceded is comfortably the worst defensive record in the league.

A new manager, Marco Kurz, has been brought in to turn things around, but with the side seven points off Wolfsburg in 15th it won’t be easy. There’s certainly talent up front and in midfield – with the likes of Joselu, released by Real Madrid, and Kevin Volland, who has nine assists to his name – but that’ll count for nothing unless they can plug those holes at the back.

A possible saving grace for Hoffenheim is that it is Wolfsburg who occupy the spot above them. The 2009 champions have had a massive fall from grace since then, beginning with the sale of Edin Dzeko and resulting with a relegation battle last year.

They themselves have a new manager, Dieter Hecking, and have splashed out around £8m on Dortmund’s Ivan Persisic. They’re Wolves in sheep’s clothing at the moment, and they’ll need to sharpen their teeth to avoid another relegation dogfight.

No strangers to battling the drop themselves, SC Freiburg are vying with Frankfurt not only for ‘surprise package of the season’ but also a European spot, as they occupy sit 5th.

Christian Streich masterminded their revival last year, and the German is working wonders once again. They’ve carried on the momentum of last season, and with a vastly improved defence have allayed any relegation fears. They may not qualify for Europe, but to even have a chance is a great achievement. Streich famously asked “where does the mustard stand?” I’m not quite sure where it stands (or what that means) but wherever it is, Freiburg are certainly cutting it.

Just seven points separate Freiburg and Wolfsburg, the same number the separate the latter from Hoffenheim. This means it’s a fairly squeezed middle, with everything to play for.

In 6th are Mainz, guided by Thomas Tuchel. Playing attractive football and having turned from perennial relegation candidates to European challengers, it’s easy to see why Tuchel is tipped to one day manage the national side.

After 12 games, Schalke were 2nd and looking the most likely challengers to Bayern. After 17 games, they are 7th, without a win in five matches, have changed manager and had one of their key players has announced he’ll be leaving this summer (or sooner). The break couldn’t have came at a better time. Despite their poor form, they’ll be hoping a new manager can bring a change in fortunes, while Klaas-Jan Huntelaar has finally signed a new contract, and a fully-focused Hunter could prove decisive in such a tight league. Expect European qualification, even if that’s a slight disappointment after the early promise of a title charge.

One place below Schalke, and another side with their sights on Europe, is every cheerleader’s worst nightmare: Borussia Monchengladbach. Lucien Favre has garnered a reputation as a tactical genius after saving them from relegation – which seemed impossible – and then taking them into the Champions League (improbable). Since then, they’ve lost key players like Marco Reus (to Dortmund) and Dante (Bayern), and while the additions of Granit Xhaka and Luke De Jong are impressive, it’s perhaps a slight transitional period. Nevertheless, they’re building a side that could challenge for Europe year in, year out.

The rest of the league sees Stuttgart in 9th, who may well struggle to repeat last season’s impressive 6th place finish; Nuremburg (14th), who could well find themselves mixed-up in the relegation zone with a few bad results (something they should be used to, having been relegated a joint-record seven times).

Newly-promoted Fortuna Dusseldorf are having the sort of season they’d have hoped for: they may not be flying like Frankfurt, but nor should they fear the drop like Furth. Currently 13th, they’d be very happy with that come May. Above them are Werder Bremen, who had a fairly high turnover of players in the summer. They may still have one eye on Europe, with the likes of on-loan Kevin de Bruyne likely to play a big role in any European challenge, but it could well be another season of disappointment for Thomas Schaaf’s men.

Finally, in 10th and 11th respectively, are Hamburg and Hannover. Only the top four have scored more than the latter, who are as entertaining as ever. They qualified for the Europa League last year, but, despite having the same number of points as this time last season, are four places worse off, so Europe could be beyond them. Inconsistency has been the problem for HSV, who have beaten Dortmund and Schalke yet lost to Dusseldorf. The second-coming of Raphael van der Vaart, and the arrival of Rene Adler have paid dividends, but they still need a bit more to improve on their current position.

The Bundesliga, for everything from safe-standing to ticket prices, and fan-ownwership, has been much-heralded for how good it is off-the-pitch. Now it’s time if it to once again show how good it is on it as well.