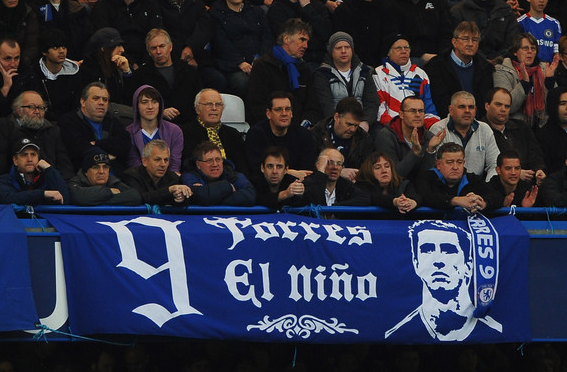 We British are very pessimistic people, if there is a negative to be found we will focus on it and there is nothing we love more than a good moan. We also love a juicy tabloid story with an over the top headline and words such as ‘crisis’, ‘meltdown’ and ‘disaster’ scattered throughout.

Football though was once seen as escapism, a form of entertainment that you could sit back and enjoy without having to worry about the trials and tribulations of the real world. After all, the reason we play, watch, read about and love football is because it is fun. But recently it seems like even football has been caught up in the doom and gloom of the modern world, engulfed by the negativity caused by the recession, war, earthquakes and the like.

Take the Premier League to start with. If you listen to what fans, pundits (I try not to listen to these) and journalists say then you’d be forgiven if you thought there were no good teams in the division. Chelsea, the current league Champions, are the latest team to experience a ‘crisis’ after they dropped out of the title race and were comprehensively booted out of the Champions League by Manchester United. Much of the blame has fallen on the shoulders of new £50m signing Fernando Torres, who has failed to score in 11 games since joining his new club. As a Liverpool fan I’d love to sit here and tell you how bad a player Torres is, but I’d be stupid to do so. Despite the tremendous drop in form, the sulking and the injuries, Torres still scored an astonishing amount of goals for Liverpool and, as much as I hate to say it, I’m sure he’ll do the same for Chelsea after a proper pre-season. You won’t hear many people say that though; Torres is finished at 27 and will be sold in the summer, apparently.

Another man being hounded by media and fans alike is manager Carlo Ancelotti. Having won the double in 2009/10 and started 2010/11 with aplomb, the country was full of praise for the man who had given Chelsea their mojo back after Grant and Scolari failed to replicate Jose Mourinho’s successes. We were being told how much better the football was, how much happier Abramovich was and how much the players loved him. Roll on six months and the football is “dire”, Roman is ready to sack Carlo and there is unrest in the previously happy dressing room. The first man to win a Premier League and FA Cup double in his debut season and the man who won two Champions League trophies at AC Milan is suddenly a failure after a poor period that isn’t really his fault (lack of investment to help freshen up an aging squad is the problem). This fickleness is not limited to club football though. Ancelotti’s compatriot Fabio Capello has seen his reputation drop quicker than his player’s trousers after a dismal World Cup, though months earlier he was being touted as the messiah having led England through a flawless qualification campaign. That’s British football for you.

It’s not just Chelsea and Capello that are feeling the full force of British negativity and fickleness though. Arsenal are bottlers, Tottenham have fallen away, City are expensive misfits, Liverpool are recovering from their own “crisis”, Everton are in “financial meltdown” and Villa are on the brink of relegation, leaving Manchester United to win the title by default (but they’re not as good as they used to be and they haven’t played well all season). If none of our top teams are any good then what hope do the rest have?

That’s just the problem though, since another thing we love in Britain is an underdog. If someone or something is exceeding expectations then we can’t get enough of it but as soon as those expectations are raised people get their knives out, ready to cut them back down to size when they inevitably fail. This season’s favourite underdogs, Scott Parker and Blackpool (Charlie Adam in particular), have received more praise than the top four teams combined, despite their lowly positions.

Parker has become something of a cult hero; admired for his typically English never-say-die attitude and refusal to accept defeat which has seen him being recommended for an England spot at the expense of proven top players Frank Lampard and Steven Gerrard (who we love to criticise). Although I accept that Parker stands out at West Ham, he is still the captain of a club who propped up the table for the majority of the season and I don’t believe he merits a place on the PFA Player of the Season list ahead of someone such as Nani (who has several key goals and assists for the soon-to-be Champions), who missed out for reasons I believe to be unrelated to on-field matters.

The amount of money in the game is probably the cause of Britain’s hatred for the successful and the love of the underdog. With transfer fees becoming extortionately high and players now earning more in a week than a fan could hope to see in a lifetime, it is no surprise that so many are becoming disenchanted with what was once the working man’s sport. Despite the fact that Parker gets paid just as much as other footballers he is seen as a throwback, a player who cares as much about his club as the bloke in the stand and one who fans believe would do it for free (in reality he wouldn’t). Whereas someone like Wayne Rooney is seen as a mercenary despite the fact he receives only what is the going rate for a player of his quality.

I’d like to see fans and media come to terms with the state of football and just start to enjoy it again. Forget about how much the players are getting paid and just revel in a match between two teams playing the game that we all love. Football should be something that enables you to enjoy yourself and free your mind of worry, instead being something else to vent your anger at.

I’d also like them to gain some perspective, to not needlessly criticise those at the forefront of the game just because we have access to platforms where we can do so.  Too many players and managers are put under pressure after one blip because of the speed with which people can express their grievances.

Personally I still love football as much as ever. I try to ignore the fact that my favourite players earn £100,000 a week and don’t jump on a hate bandwagon if my team loses a game or two. Too much time is spent thinking about negatives when there are so many positives to enjoy; I mean look how good that Lionel Messi is! The anniversary of the Hillsborough disaster reminds us that life is short and we should relish it while we can. Football is more than a sport, it can provide some of the most memorable moments you’ll experience in your life and definitely the most enjoyable. Make the most of it.

One thought on “British Negativity Towards Football”