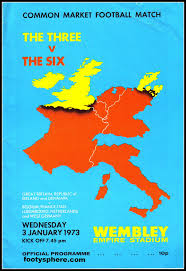 Over the past couple of weeks Brexit has yet again become the biggest story in the world. We’ve forgotten about Trump, disregarded the Spice Girls comeback and even Wayne Rooney’s weird international swansong has been overshadowed by the latest Brexit shenanigans.

One thought on “Brexit, football and The Three vs The Six”