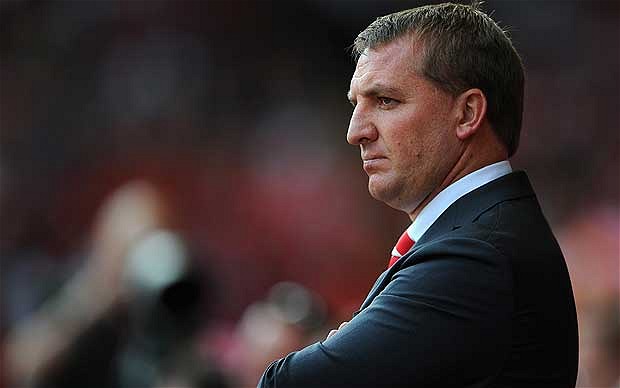 The €16 million fee paid for Mario Balotelli by Liverpool is one of the most discussed figures of the summer.

One full season of “well-behaved Mario” and the €16 million seems like a drop in the ocean, but if the “immature Mario” rears his head, then it will seem like a loss of a lot more than that. Brendan Rodgers seems convinced he is the man to change Mario Balotelli and for the first week it has been all smiles at Anfield Road.

Rodgers, not happy with being just a coach and a manager, seems to think of himself as a philosopher and a visionary, a storyteller with a quick wit. Undertaking the task of turning Balotelli’s career around is one that ultimately cost Roberto Mancini his career and ended very poorly for one of the best man-managers in the game – Jose Mourinho. What makes Rodgers think he can do any better?!

The Liverpool boss is a man who many are still largely divided on, and seems to think taming the Italian is a job he can do with ease with a different approach. He hasn’t tried to treat Balotelli like an ordinary, run-of-the-mill footballer, and he hasn’t gone ultimatum style either. He, instead, has been quite candid in his approach to the media’s questions.

He has been honest as to where Mario’s head is at, and has shared with the public some of the conversations they have had. Balotelli is aware that this could be his last chance at a big club. Rodgers is, however, breaking into Sam Allardyce territory with his constant need to tell the media just how calm and in control he is at the helm.

Rodgers seems confident, almost too confident. There is an element of arrogance to Rodgers in thinking that with a few simples rule changes and responsibility issues pushed on the Italian that this will be a walk in the park. “Mario has never defended a corner before until today”, Rodgers told the media after the Tottenham game and smiled when he said it.

There is a sense that Rodgers is setting himself up for a disaster here and when Balotelli does go through a frustrating patch, which is inevitable, and Rodgers shuts up shop on his sound bites, the fans will come looking for more adding more pressure to an already tense situation.

The similarities between Suarez and Balotelli have already been drawn but the two men are polar opposites. The Uruguayan’s problem is that he can’t fathom the thoughts of losing and acts out accordingly when he sees a loss in sight. His insatiable desire to win gets him into trouble on the field but on the training ground and by his teammates he has always been described as a consummate professional.

With Balotelli, on the other hand, you would be fair to question his desire to even play football at times. His body language can often give the impression that he has “checked-out” of certain games and has been criticized by ex-coaches and players with Jose Mourinho referring to the player as “unmanageable”. This is the Mario Balotelli that Rodgers must fix. Balotelli on a good day can match anyone for effort, entertainment and talent but it’s not about the anecdotes to the media, and the message that “all is well”, this is about a 38-game season with Champions League football and various other cup competitions in between. This is about having a consistently mature approach to ever aspect of his public and personal life.

All eyes will be on this brand new Mario Balotelli that Brendan Rodgers has promised that we will see. Suarez, Sturridge and anyone else who Rodgers has managed with an attitude will seem like teachers’ pets compared to Balotelli when push comes to shove in the Liverpool dressing room.

14 thoughts on “Brendan Rodgers – setting himself up for a fall”