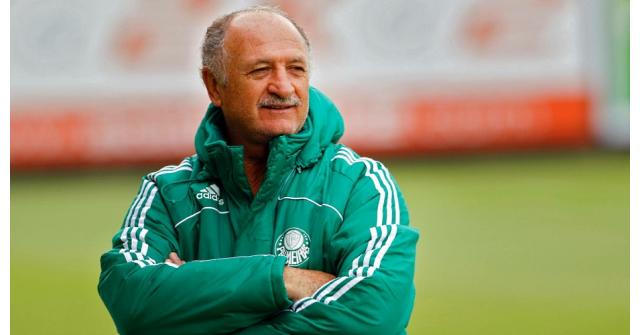 With just over two weeks until the heart of football gives pulse to another world cup, the heartbeats of the host-nation echo across the world as players and fans alike prepare for the biggest sporting event the world has ever known.

This July Brazil host the FIFA World Cup, inviting 32 of the best to dine with them in their football kingdom, but the expectations for the banquet are huge. Fans expect their team to make it to the last course of the feast, and finish it proudly, licking the plate clean so in the reflection there will be nothing but a winner.

The pressure on  Brazil to do this though will be huge, weighing down on them the whole competition, but if there is anything to take away from the FIFA Confederations Cup it is they can handle it, and handle it with style. When Brazil won the Confederations Cup last year, there was three main aspects that won it for them and these aspects are what makes them the favourites to win the World Cup.

For once Brazil’s attack may be outshone in their own country, but not by another teams attack, but their own opposite end. In last years confederations cup, Brazil managed to score fourteen goals in five matches, but their defence rivalled their star-studded attack by conceding only three goals in five matches. The rock-solid defence of Brazil featured Barcelona’s Dani Alves, Paris Saint Germain new boy David Luiz, Paris Saint Germain captain Thiago Silva and Real Madrid’s Marcelo. This all-star defence consisted of four players from three different clubs, across two different leagues, but never has a Brazil defence shown as much chemistry as they did.

The centre back partnership of David Luiz and Thiago Silva acted as two guards blocking off all visitors to the goals during the campaign, rarely doing wrong. The cohesion displayed between the fullbacks and the centre backs was evident in the final, as when Marcelo pushed up multiple times to attack against Spain, David Luiz covered the vacant left back role every time, a road block to any counter attacks. The dynamic duo of Dani Alves and Marcelo both fulfilled their defensive duties well, but when in attack, their overlapping runs and deadly deliveries flourished, and was too much for their opposite numbers to handle.

No body else is as football crazy as the Brazilians, and it’s their chance to prove it when Brazil’s campaign kicks off on June 12 against Croatia. If the fans are like they were at the confederations cup last summer, the stadium will be electric, with the Croatians conducting the electricity and getting zapped. In the confederations cup the Brazilians were strongly behind their nation, with fans in David Luiz wigs, Neymar masks and in full-body green paint to represent fan favourite Hulk. If the fans keep up this enthusiasm it will give the players more energy and reason to perform in their own backyard. The Brazil fans in their famous yellow and green will be pivotal for their countries hopes, being the twelfth man on the field for their country, and will be just as important as the players.

The brightest star that shone last summer in the Confederations Cup, Neymar will look to be the talisman of his country again. Although having a roller coaster of a debut season at Barcelona, Neymar can redeem himself as the most promising talent in the world by putting on a show in Brazil in the upcoming World Cup. The number 10 in the national side already has impressive international statistics, with 30 goals in 47 appearances in the famous yellow and green. It is no secret Neymar is key to Luiz Felipe Scolari‘s team, as displayed by his performances in the Confederations Cup and previous international matches where his pace, flair, trickery and finishing made him a class above the rest of his team.

At the Confederations Cup last year, Neymar ran multiple defences ragged. The Brazilian skipped past challenges from some of the best defenders in the world, linked up well with his team mates and pulled wicked tricks out of his Halloween bag. The fan favourite is also capable of bringing the fans into matches, exciting them and letting them raise their voices to the roof. With these qualities Neymar is the soul of the Brazil national side, being a proven performer for his side and will be a weapon of mass destruction for his coach Luiz Felipe Scolari.

These three aspects will act as the judge, jury and executioner respectively for the Brazil national team. From the defence to the fans to Neymar, all will be important for the hosts of the World Cup’s journey to the pot of gold that is at the end of the rainbow.

2 thoughts on “Why Brazil will win World Cup”