The World Cup has drawn to a close, this summer’s tournament being by common consensus one of, if not the best ever. Yet for the hosts, there may be a period of soul-searching as to where everything went so wrong. Not off the pitch as was the pre-tournament concern, but on it: a Seleção which was expected [at least within Brazil] to win a sixth title, crashed and burned against Germany, the Netherland applying the coup de grâce.

Brazil has been here before – not often – but on each occasion it has, it has appeared almost a seismic event. On the 16th July 1950 a nation fell into mourning over the Maracanazo. Thirty two years later in the Estadi de Sarrià in Barcelona the jogo bonito died and again a nation fell into mourning. Fast forward another 32 years and the Mineiraço may leave a scar on the nation’s psyche deeper than anything that has gone before.

Arguably more than any other country, football is a religion in Brazil, it unites a country. Football is synonymous with the nation, when you think of Brazil the word beautiful is perhaps the most used adjective. Beautiful women, beautiful beaches, beautiful country – beautiful football. It is this as much as the Maracanazo which haunted the Brazil of 2014. 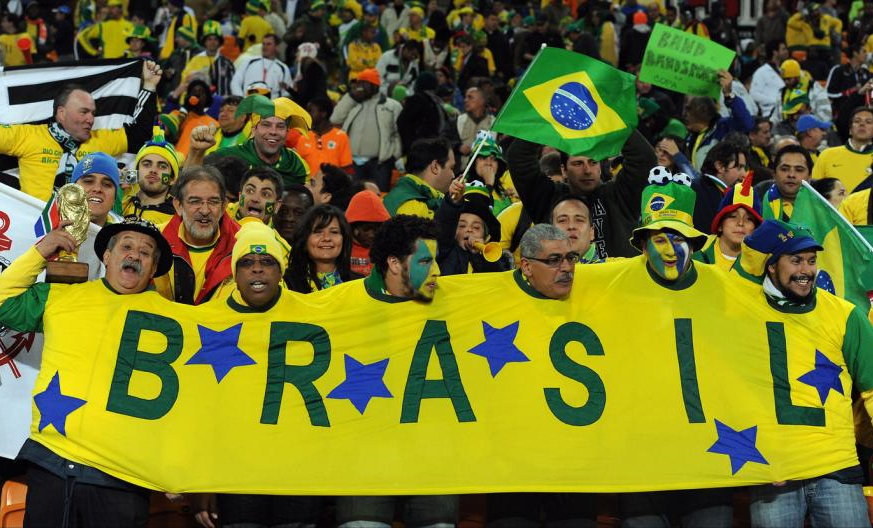 So much emphasis was placed on laying to rest the ghost of 1950; the presence of the Maracanazo was at every match. The emotion, the heartfelt anthem being not sung but roared by the team, the mascots, the crowd was wonderous to behold but also left a sense of a nation, a team on the edge.  There was another ghost lurking behind A Seleção, perhaps best epitomised by the 1982 team of Scorates, Falcão, Zico et all – the ghost of jogo bonito.

In some ways this may be a fallacy. The events in the Estadi de Sarrià saw Brazil gradually turn from the jogo bonito, arguably culminating this year in jogo feio. The idyll of the beautiful game has become crystalized in individuals – Neymar, Ronaldo, Ronaldinho, Rivaldo, Romario – but Brazil had arguably turned its back on the idea of jogo bonito as a team. However for the world, not just a nation there is an expectation for Brazil to play and win in the ‘joie de vivre’ style of 1970 or 1982 teams. That is some pressure to carry and this Brazil was perhaps the most under-equipped team to try.

Scolari was loyal to the players who triumphed in the Confederations Cup last year – ignoring the likes of Lucas Moura, Coutinho, Pato and Alan Kardec. Even during the tournament ‘Big Phil’ barely used Willian, Hernanes or Bernard. Scolari teams are functional, get the job done teams. Brazil used to intimidate teams by grace, skill and fluidity.

Scolari intimidated by power, physicality and crudity, never more so than against a Colombia that went some way to reminding us of what Brazil used to be. The criticism, the pressure, the emotion following the quarter-final led Scolari – without their two best players – to attempt a more expansive game plan. The rest literally is history.

Where does Brazil go from here? Scolari is gone, to be followed in all likelihood by several players. The nation initially may return to the economic and political issues which cast their shadow over the World Cup, but the Mineiraço will be there, lurking, waiting. This is the opportunity to review Brazilian football, to potentially turn from o jogo feio and move towards the style everyone wants to see from a Seleção. To do this however there has to be a will and the reports of an archaic CBF – incompetent at best, corrupt at worst – leave doubt whether that will exists.

Brazil this year laid to rest the ghost of 1950 by creating the ghost of the Mineiraço. How long will it take to lay this one to rest? Hopefully not another 32 years.