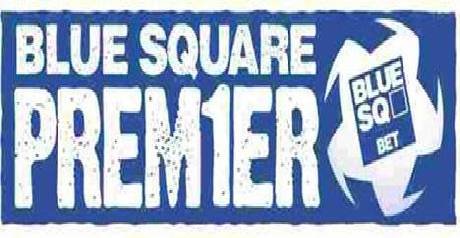 Boxing Day fixtures always hold a special place in the league schedules. With most games being localized, the promise of plenty of derbies always brings in the big crowds and this was proven with over 35,000 fans attending the eleven games this season.

Wrexham regained their two-point lead at the top of the Blue Square Premier with a fine 2-0 away to AFC Telford. A goal in each half from Joe Clarke and Jake Speight was enough to secure the points at the New Bucks Head Stadium. Richard Brodie scored a late equalizer for Fleetwood after Tony Gray had twice put Southport ahead in the battle between second and third. Andy Mangan also scored as the points were shared at Highbury Stadium.

York also dropped points at Field Mill as they came from behind to earn a 1-1 draw against Mansfield Town. Matt Green put Mansfield ahead before Liam Henderson scored midway through the second half to share the spoils. Luton retained their place in the play off with a crushing 5-0 win at home to crisis club Kettering. The Hatters’ biggest win of the season came through goals from Jake Howells, Aaron O’ Connor, Alex Lawless, Stuart Fleetwood and Robbie Willmott.

Kidderminster stayed in the hunt for a play off place as their unbeaten run stretched to seven games with a 1-0 win at home to Forest Green. Jack Byrnes goals were enough to win all three points at Aggborough. Goals either side of half time from Michael Gash and Luke Berry was enough for Cambridge’s first win in six games as they beat Braintree 1-0 at the Abbey Stadium.  Gateshead dropped more points after Marc Bridge-Wilkinson equalized Martin Brittain’s goal as they game finished 1-1 at the International Stadium.

Barrow earned three points and moved up to tenth at home to Stockport through Phil Bolland’s first half header, Stockport just unable to finish off some good chances as they slipped to second bottom. Grimsby stayed mid table after coming from behind against Lincoln. Conal Platt had put the Imps ahead before Scott Garner and Liam Hearn’s second half goals was enough to get the win for the Mariners.

Alfreton Town gained a surprise win and moved to within a point of getting out of the relegation zone with a fine 5-2 win at home to Tamworth. Anton Browns opener after just 11 seconds was on of the fastest goals in Blue Square history, and was added to in the first half by Nathan Arnold and Josh Law. Anthony Wilson and Nathan Jarman made it five before consolation goals from Liam MacDonald and Richard Tait.  Ebbsfleet also earned a good win with a 3-1 win against struggling Hayes & Yeading. Michael West and a brace from Tom Phipp were enough to win the points before a late consolation goal from Tom Collins.

Gateshead’s Jon Shaw still leads the goalscorers table with 18 goals, two ahead of Grimsby Town’s Liam Hearn. Jason Walker of York rounds off the top three with 15 goals so far this season.