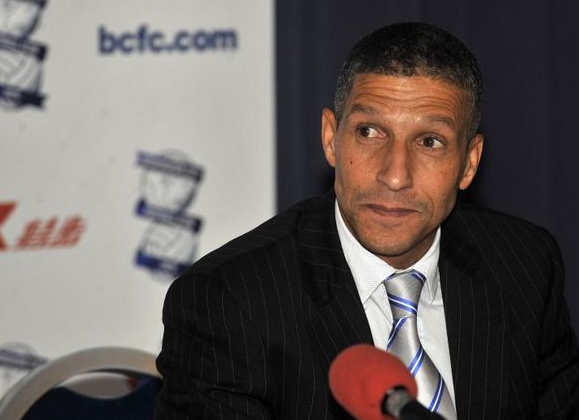 A win, two draws and two losses was not the start to their nPower Championship campaign the Blues would have liked.  Following a Premier League campaign where they were somewhat unjustly relegated the Blues could have rightly thought they would bounce back into the top flight.

With a long season ahead, and a number of competition to juggle, Chris Hughton certainly has his work cut out for him as the club is competing not just to return to the Premier League but also put in a good showing in Europe.  Despite last season’s relegation, this could be an historic season for the Blues. With recent departures Scott Dann and Cameron Jerome returning to the Premier League, transferring to Blackburn and Stoke City respectively, the remaining Blues will face a fight to regain promotion and press for European glory for the first time in decades.

Cameron Jerome’s return to the Premier League in a Deadline Day deal with Stoke City leaves Birmingham without their top goal scorer from the 2009-10 campaign when he struck 11 goals in 32 EPL matches for City.  Jerome had not featured often in the Championship, having made just one substitute appearance and missing out on playing in either Europa League fixture. While his 11 goals had lead the team in 2009-10, he was unable to find a similar vein of form since, with just 3 goals in 34 appearances in 2010-11 despite taking 55 shots with 19 finding the target. Instead manager Chris Hughton will be relying on new signing Adam Rooney to continue the good form he’s shown in the nPower Championship where he has already scored twice in four appearances.

Blues snapped up former Inverness Caledonian Thistle striker Adam Rooney on a two-year-deal in June 2011. The club swooped after the forward’s contract with the Clydesdale Bank Premier League outfit expired. Rooney left the Tulloch Caledonian Stadium club with a reputation as a frontman who knew where the back of the net is. In the 2010/11 season he netted 21 goals in 42 games for the Scottish side in the top flight.

While the domestic season will ultimately prove the more fiscally important as a return to the English Premier League worth millions of pounds in revenue, the clubs supporters will want to press forward in Europe as well.  Birmingham City have already successfully navigated the Europa League Play-off against CD Nacional de Madeira.  A 0-0 draw at the Estadio da Madeira set the stage for qualifying and they succeeded, winning 3-0 in the return leg at St. Andrew’s. Birmingham dominated possession in both matches (54% – 46% away and 55% – 45% home) and put forward top effort, hitting the woodwork three times at Estadio da Madeira and scoring an equal number of goals in front of their home crowd.

In the home leg Birmingham supporters caught a glimpse of the future as Academy graduate Nathan Redmond, still just 17 years of age, struck a goal for the home side.  The winger played the full 90’ and impressed on the day enough to earn the start in the nPower Championship away fixture at Watford where City drew 2-2. Redmond’s debut is a reminder of past glory days at Birmingham, and the level of quality they hope to emulate in the modern game.  Birmingham have not competed in Europe since 1962 and it will be a difficult road if they’re to reach their first European Final since they lost 4-2 to Roma over two legs in 1961 Inter Cities Fairs Cup Final.  Birmingham actually reached consecutive finals in the Fairs Cup, having lost to Barcelona 4-1 the season before.  While this Blues side played exceptional football in reaching the draw for the group stage, the draw itself was not forgiving, pairing BCFC with SC Braga, Club Brugge and NK Maribor.

Portuguese side SC Braga finished last season 4th, behind only the Tres Grandes, just two points back of Sporting CP. Last season they were an attacking side scoring the third most goals in the Liga with 45, though defensively they were also solid, with 33 goals allowed, good for joint 6th best defensive record. They famously played in the all-Portuguese Europa League final last season losing 1-0 to Andre Villas-Boas’ Porto side.  Last season Braga had qualified for the Group stage of the Champions League, but in a group that paired them with Arsenal, Shakhtar Donetsk and Partizan Belgrade they were third best throughout, winning both matches with Belgrade and losing 3 of the matches with Arsenal and Shakhtar.  In fact, Braga lost 6-0 at The Emirates in the opening matching of the group but in the return fixture at Estadio Municipal two goals from Matheus saw them claim an unlikely 2-0 victory over Arsenal.  They are undoubtedly the best side Birmingham have to face and are widely tipped to finish top of the group.

Club Brugge, fourth after the regular season in Belgium last term, were likewise fourth place after the Championship

Playoff and earned a berth into the Europe League third qualifying round.  The beat Azerbaijani side Qarabag, 4-2 on aggregate, and Georgian side Zestafoni, 5-3 on aggregate, to advance to the group stage.  Their top scorer last season in the Belgian Jupiler Pro League was 21 year old Ivan Perišić who scored 22 goals and was elected the Player of the Year.  In the off season he transferred to German side Borussia Dortmund leaving Brugge without either of the top scorers from a year ago as Venezuelan international Ronald Vargas (15 goals)  transferred to rivals R.S.C. Anderlecht at the end of June.  They have brought in Bjorn Vleminckx from N.E.C. who scored 23 in 31 games for the 11th best side in the Eredivisie last season and he will compete with Akpala to lead the clubs scoring table.

Without their two top scorers Club Brugge relied on team play throughout the qualifying rounds where they hade seven different players score led by the Nigerian international Joseph Akpala.  Akpala who scored twice in one leg against Zestafoni, and three times total in qualifying, was the only forward to get on the score sheet with the other 6 players all defensive or midfield players including club captain Carl Hoefkens and vice-captain Ryan Donk, both defenders.

The least imposing of the opposition may be NK Maribor, though it is as much the relative obscurity of playing in the Slovenian PrvaLiga as the perceived level of play.  27 year old Brazilian Marcos Tavares is the club captain and was the top scorer in PrvaLiga in 2010-11 with 16 goals.  The clubs website also credits him with 15 domestic assists for the season. Mariborwon the PrvaLiga with 75 points from 36 matches, scoring 65 goals while allowing only 25.  Each mark was the best in the league, as were the clubs 21 wins and 3 losses.

Finishing top of the domestic league earned them entrance to the second qualifying round of the Champions League where they beat F91 Dudelange home and away with Mezga scoring twice and Beric adding the third in the away fixture. That gave Maribora 5-1 aggregate win following the 2-0 home victory with Arghus and Ibriami scoring. In qualifying they were next matched with Maccabi Haifa and lost 3-1 on aggregate.  Maccabi lost in the next round, exiting after losing on penalties to Genk. Birminghamwill face Mariborfor the first time away in Sloveniaon September 29th, their second match in group play following the September 15th home fixture against SC Braga.

In fact, fixture congestion and travel will be an issue for Hughton’s squad as they look to compete on at least two fronts. In September alone they will have 6 fixtures over just 18 days in all competitions staring with a home fixture September 11th against Millwall.

While the season will be a long way from over on October 1st, Birmingham will have a very good idea of where they stand in three competitions.  With four domestic fixtures in the books and just four points earned it will be tempting for Hughton to forsake the Europa league in favor of earning maximum returns in the Championship.  While Birmingham should have a squad capable of competing in both competitions, it remains to be seen if they will rally around the cause or if fixture congestion will be too much to overcome.

We’ll be following Birmingham’s quest in Europe as part of our ongoing coverage of the lower leagues and keep you updated via Twitter as to the progress as well.

For more on Birmingham City please visit their website.

Cooper is the Founder and Editor of FantasyGaffer.com - a website that is dedicated to Fantasy Premier League and the EPL. He is also a writer for EPLIndex.com, powered by Opta Sports Data, and Scouse Matters, a Liverpool FC focused site.

2 thoughts on “Birmingham City in Europe”