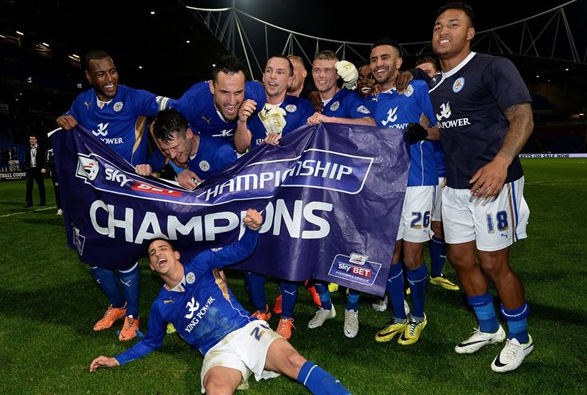 One of the most exciting aspects of European football is the system of promotion and relegation. Each year, the worst teams from a league are relegated to the division below, and the top teams from that league get the chance to play at a higher level. Norwich City, Fulham and Cardiff City all crashed out of the Premier League in 2014, and three teams from the English League Championship will take their place once the new season begins in August.

The sides promoted were Leicester City, Burnley and QPR, but how big of a threat do these sides really pose? Are they up to the task of staying in the league or just simply there to make up the numbers? Can one of these promoted sides actually made an impressive impact in their first season, maybe a top half finish? I’ll be answering those questions and explaining what sort of Premier League freshmen you can expect to see this season.

All promoted Premier League teams face the same problem; how do they attract a certain calibre of player capable of keeping them up?

Burnley, odds-on 1/2 favourites for the drop and 11/8 chances to stay up, make no bones about it. They struggle to. Sean Dyche’s summer captures at Turf Moor so far are a mix of steady pros with experience of dogfights and Championship players he has taken a punt on.

Latest arrival Lukas Jutkiewicz typifies the latter category. Seven goals in 20 league games on loan at second-tier team Bolton Wanderers last term hardly set the world alight. Once a promising prospect at Everton, his career has also taken in Coventry City and Middlesbrough, but glimpses of fulfilling such potential have been few and far between. In fairness, The Clarets probably look the least likely to stay up this year with such a shoe-string budget.

They comfortably claimed second spot in the Championship, with their tally of 93 points higher than the division’s three previous champions. Danny Ings and Sam Vokes led the way as they bagged 41 of the club’s 72 goals between them, ensuring the Lancashire outfit’s return to the Premier League after a single season stay in 2009/10 but I can see them seeing the same fate as last time. Burnley’s squad lacks strength in depth and at this level thats suicidal, expect Sean Dyche’s men to struggle at this level and go straight back down for the third time in the Premier League era.

Harry Redknapp loves a transfer. Everyone in football knows that. Having earned Queens Park Rangers another invite to the Premier League party, it has come as no surprise that the east Londoner has been linked with a flurry of names as he looks to build a side capable of cementing the club’s status in England’s top tier. The likes of Frank Lampard, Steven Caulker and Rio Ferdinand have been mentioned.

A shocking campaign in 2012/1013 say the ambitious club finish bottom but they bounced back with a last gap play off final winner over Derby County. Now Rangers are looking to consolidate themselves as a Premier League side but I feel with a bit of estuteness in this summers transfer market they could be top half.

Learning from Mark Hughes’ mistakes in the market will be pivotal for Redknapp’s team and supplementing Charlie Austin in attack will be one of his aims, Redknapp is trying to pull off a bargain buy in Iceland international Kolbeinn Sigthorsson from Ajax. A fee of between £4m and £5m has been mooted. Loic Remy’s Loftus Road exit will help recoup some of the outlay on summer spending meaning this model is much more sustainable, I expect Rangers to make the biggest impact of the promoted sides with a 9th or 10th place finish not out of the question.

Finally, the champions Leicester. The Foxes cruised through the English League Championship season, winning 31 of 46 games to finish with 102 points — 9 clear of Burnley. Since Newcastle finished the year with 102 points in 2010, no other team has broken 90 showcasing just how impressive they were.

David Nugent and Jamie Vardy led the scoring, bagging 36 goals between them, while the likes of goalkeeper Kasper Schmeichel, defender Wes Morgan and midfielder Danny Drinkwater were also key performers. Last season’s Sky Bet Championship winners have already been installed among those clubs tipped to find the going tough in the top flight when the new campaign gets under way next month.

However, while I know life will be significantly more difficult among the English game’s elite, I have no fear that Leicester players will cope. I believe they have a squad which is capable of making the transition.They are obviously not going to dominate like they did last season, that goes without saying – but there is an air of confidence among the players according to Nigel Pearson and I feel that is very important in performance levels.

They have already added four free transfers, including former England international Matt Upson. Also, Pearson has been able to convince the likes of captain Wes Morgan and striker David Nugent to extend their contracts at the King Power Stadium and with funds coming from ambitious owners, expect The Foxes to complete a few more signings and comfortably stave off the drop.

One thought on “How big of a threat do the promoted sides pose in the Premier League?”