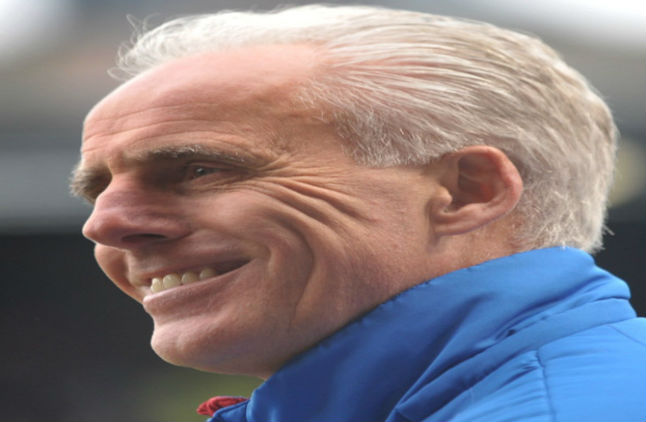 It’s  27th October and Ipswich Town have put in a wretched performance in losing 3-0 at Portman Road to Sheffield Wednesday having sacked manager Paul Jewell a couple days earlier.

Having accrued just seven points from 13 nPower Championship games and standing seven points adrift of safety at the bottom of the table, The Tractor Boys were a mess as winter was not the only gloom approaching for The Blues.

Five days after that reverse to The Owls, Ipswich owner Marcus Evans appointed former Republic of Ireland captain and manager Mick McCarthy to try to work the oracle. The Barnsley native born to a Waterford father had form when taking over clubs down on their luck, standing in the lowest depths of the league table and being required to send them rocketing up the table.

Having left his job as Irish manager back in November 2002, Mick became Sunderland manager a few months later with The Black Cats doomed to relegation from the Premier League back in 2003 and McCarthy proceeded to take the Wearside outfit back up to the Premier League on a pittance of a budget.

Having departed the Stadium of Light, he went on to take Wolves from the lower reaches of the Championship – and with a similarly miserly budget – and into the Premier League, where he kept the Old Gold outfit in the top flight for more than two-and-a-half seasons (their best run in the top flight for more than 30 years) before his departure from Molineux, a club whose fortunes have plummeted since his exit.

With such a track record of taking over sides in bleak situations and sending their prospects skywards (not forgetting of course a Republic of Ireland side which was down on its luck when Mick took over the reins back in February 1996 before the nation went from 39th to eighth in the FIFA rankings over the next six years), it was entirely understandable that Ipswich would want to have the 53 year-old on board.

A few days after that tepid submission to The Owls, McCarthy took over at Ipswich and within 72 hours of his appointment he had inspired the club to a 1-0 win over Birmingham City, only their second victory of the season and the Suffolk club’s first win in 12 attempts.  Since then, Town’s fortunes have gone up and up.  The club have managed 14 wins – and accrued a total of 49 points – over the course of the 30 games since Mick’s appointment.  That form would have had the club in the play-off places (in fourth position in fact) had it been maintained from the start of the season – something which no one involved at Portman Road would have envisaged back in August, such were budgetary restrictions and playing infrastructure at the club.

Tuesday night’s 3-0 win over Crystal Palace means that Town are now effectively safe from relegation with three games to play – a scenario which looked unlikely when Mick took over at the start of November.

Ipswich’s upsurge under  “Big Mick”  has not gone unnoticed.  He has a clause in his contract which allows him to leave the club for the Republic of Ireland manager’s job – and only the Republic of Ireland job – without compensation payable to the Suffolk outfit.  Alas, it looks like the geriatric chancer Giovanni Trapattoni will continue as pseudo “manager” of the Republic until the mathematical end of this World Cup qualification campaign – which will almost certainly be this autumn.

Mick McCarthy feels he has unfinished business with the Republic of Ireland international set up.  There will be some who would not welcome back the former old school centre back to the Irish set up.  Those who wouldn’t welcome him back are of course the  “Roy (Keane) is always right”  brigade, who will never forgive Mick for the infamous Saipan incident.  At this stage, even the most blinkered and closed minded of this brigade (as most of them are) must realise that Mick is a hell of a good manager – and a dam sight better a manager than the former Manchester United captain.

A return to Irish  football’s top job for the affable man who led the nation to its best performance ever on the global stage back in 1990, would be just what the doctor ordered to send an Irish side – who many critics argue would struggle in the English Championship – rocketing up the international footballing table.

2 thoughts on “Big Mac has done a marvellous job”