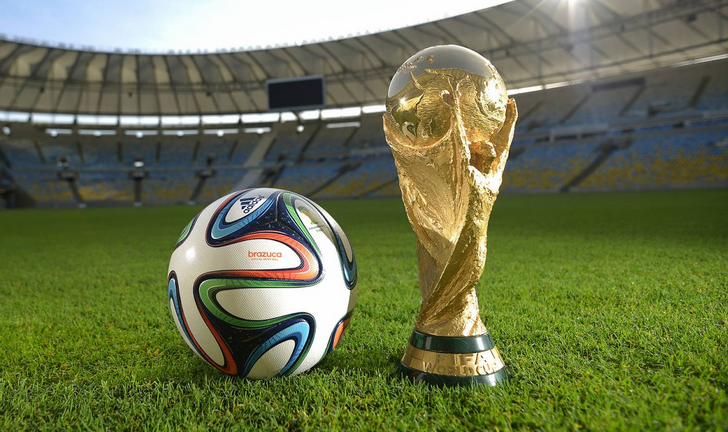 It’s not easy picking the winner of the World Cup and it’s even harder to make a decent profit betting on the winner. Everyone knows who the top teams are and there’s no betting value on the top teams.

At the same time it’s not an event where you can find some ‘under the radar’ teams at high prices that will break through for the victory. There have been 19 World Cup tournaments but only eight teams have won the championship.

Three teams – Brazil, Germany and Italy – account for 12 of these wins. One of the favoured teams will most certainly win but the lines makers have ‘shaded’ these lines meaning that you’re getting less than the ‘true odds’ on all of the top teams.

A better strategy is to bet on the World Cup team to win each individual group. The group assignments are weighted so the top teams have a relatively easy time advancing and won’t face each other until the elimination rounds. There’s also the advantage of the outcome being determined over several games,that way one bad game won’t eliminate a team (and cost you a bet) which isn’t the case in the knockout rounds.

Here are our best bets for group winners:

Brazil is looking for their sixth World Cup championship and have made the finals without winning twice. Their group opponents are Croatia, Mexico and Cameroon. The highest finish by these three teams is third (Croatia in 1998) and the highest FIFA World Ranking of this triumvirate is 19th (Mexico) compared to Brazil’s fourth. Brazil is also the host country and a host country has never failed to advance to the knockout round. Croatia is something of an underrated team but it would be one of the biggest sports upsets in history for Brazil not to win this group.

It’s trendy to be ‘anti-Spain’ in this World Cup and dismiss their chances of defending their 2010 title. Historically, winning back to back championships has been very tough (only two teams have done it, most recently Brazil in 1958 and 1962) but Spain is still the FIFA #1 ranked team in the world and should have enough to win this group. They’ll get a tough challenge from the Netherlands (15th in the FIFA World Rankings) but we like the fact that these two teams play in their first game of the tournament.

Columbia brings their most talented team in years—if not ever—to Brazil this summer and this price looks very low. The Ivory Coast has Didier Drogba but he’s a bit long in the tooth and the top African teams never seem to live up to their expectations.

Italy will get some challenge from Uruguay but have more depth and are looking for redemption after a horrible showing in South Africa.

France is favored in this group but has struggled in recent international play. Switzerland is the top seed in Group E and clearly represents the best value in a wide open quartet.

The hope is that a coaching change will cure what ailed Argentina in the 2010 World Cup. They’ll have little trouble advancing out of the group stage.

Not sure why everyone is dismissing the chances of a brutally talented German team. Portugal could give them some trouble but not enough to keep them from winning this group.

Belgium is young but talented and should be able to dispatch Russia and win this group.