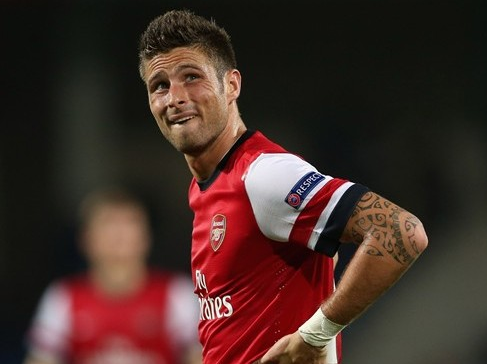 Gunners can switch off panic alarm

There’s been a huge overreaction to Arsenal’s opening day defeat to Aston Villa in my opinion. Granted it was a match they should be winning, but results don’t always go according to expectation and that will be proven throughout the season. The fact that Arsène Wenger hasn’t signed a top player has fuelled the anger and panic of fans further, but it’s far too soon to judge Arsenal’s season and Wenger has already said he is looking to strengthen the squad, so let’s see what happens.

It’s difficult to gauge where exactly Fulham are at after a single game, but it looks to me as though they went to Sunderland last week in search of a point and came away with three. They defended solidly in the second half and registered just one shot on goal themselves. But they face a different proposition on Saturday – a much more stable opponent with a point to prove.

I reckon the Gunners will bounce back and put Martin Jol’s men to the sword. It’s what good teams do, and let’s not forget that Arsenal are in fact a quality side. By the way, I’m predicting a big season for Olivier Giroud and I’m hoping he’ll bag another goal on Saturday.

Goals to flow at St Mary’s

Southampton beat West Brom 1-0 last weekend. It wasn’t a great game with the only goal of the match coming from the penalty spot and the Saints only managing eight shots on goal with just three of those on target. Nevertheless, they were away from home and we saw last season how entertaining Mauricio Pochettino’s men actually can be. They won’t be playing it safe this weekend that’s for sure as a home match against Sunderland will be viewed as a real chance to grab three points.

Sunderland lost 0-1 to Fulham on the opening day of the season. That will have upset manager Paolo Di Canio who saw his side register 21 shots on goal and control 58% of the possession. They also boasted an impressive pass success rate of 83% and players like Adam Johnson and
Stéphane Sessegnon showed their quality. I reckon Di Canio and his team will feel a pressure to get their first win on the board and that should mean that they will go on the offensive at St Mary’s.

All in all, it’s a surprise to me that the bookmakers believe this will be a low scoring game. It looks to be based on the opening day’s results and that’s hardly a strong indicator. I’m grateful for the value on offer though.