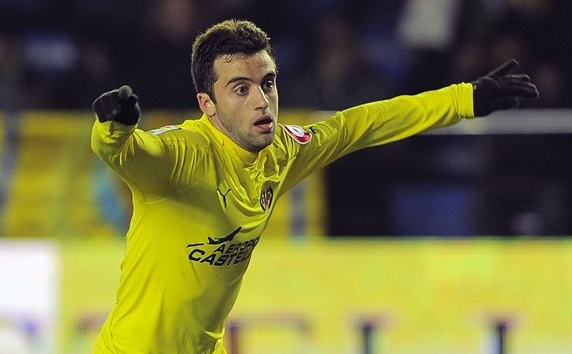 The duopoly of “La Liga” means that when compiling a “Team of the Season” one is faced with a choice. Will the side be a composite Real Madrid/Barcelona XI, or a ‘best of the rest’ XI? ‘Best of the rest’ always seems to imply something secondary, a runners-up, which, in this case, is essentially true.

However a team entitled “Best of the Rest”, it must be remembered, is ‘the rest’ only because it is playing against comfortably the best two teams in Europe, and in no way disregards the abilities of said players. In fact, such players make up a league that, in this blogger’s view, is the best in the world, aesthetically certainly. Indeed, some of them would snuggle comfortably into the respective playing styles of Barcelona and Real Madrid.

In a bizarre season for Espanyol, who, at one stage, were contemplating European qualification, but ended up relying on several youngsters to see them through recent fixtures, Carlos Kameni has had yet another outstanding season. Club captain who made the number one spot his own in 2006, and hasn’t looked back since. His traits include a dominant command of his penalty area, as well as feline-esque reflexes and confidence in the air. Ten clean sheets this season and two penalty saves mark out an excellent keeper. His fiery personality has seen clashes with both fans and managers, however this only serves to demonstrate his loyalty to his country, Cameroon, and his adopted homeland of Catalonia.

A sturdy, dependable full-back, who makes very few errors and is reliable going forward, Iraola has been a regular for Bilbao since 2003-2004. He has reaped the rewards of an excellent season containing four goals and six assists, by being honoured with his fifth Spain cap, away at Lithuania. An excellent striker of the ball, capable of taking free kicks and penalties, whose positioning is rarely suspect and is quicker going forward than most full-backs, Iraola is a versatile, talented footballer. One of the most underrated right-backs in Spain is finally getting the recognition that has always been his in his beloved Basque country.

At first glance, Jeremy Mathieu looks nothing like a full-back. Built like a bull, standing at well over 6 feet tall, with a capacity to run for days, and not as technically gifted as some of his counterparts, when seen chugging up the Valencian flanks as El Cid used to do, it is less of a heroic sight than the Cid and more of a strange one. Yet a superb debut season from the French full-back sees him shade another Valencian left-back, Asier del Horno out of contention. Mathieu’s consistency in both the Champions League and La Liga make him selected. He possesses huge strength in the tackle, as befits someone of his size, but sometimes overzealous, as Karim Benzema would readily testify. Mathieu can also produce the occasional howitzer shot, as witnessed with his only goal of the season, away at Bilbao.

Although Godin seems to have faltered slightly following a superb introduction to the season, he deserves immense credit for bringing even a semblance of stability to Atletico’s notoriously porous backline. With 27 appearances this season, such stability has come from his consistency, and his understanding with fellow South American Filipe and the young Alvaro Dominguez. Although mostly composed, he occasionally looks worringly mistake-prone, yet possesses all the characteristics of a world-class central defender, with pace, positioning, passing and stamina, as well as being beastly in the air. His World Cup performances prompted interest from Chelsea, which did not cease despite a move to Ateltico Madrid, and at only 25, the chronic instability at “Los Colchoneros” may force him to move on sooner rather than later.

Perhaps a surprise pick, however Ramis has enjoyed a superb season with the Islanders, demonstrating the most essential quality for a centre-back, sheer consistency. Without possessing an array of stunning natural abilities, and perhaps despite possessing too short a temper, as six yellow cards this season, and two reds in the previous would justify, Ramis has become one of the finest centre-backs in La Liga. The 26 year-old has been linked with both Celtic and Fulham in recent seasons, whose oft-porous backlines he would certainly benefit.

The crafty right midfielder from San Sebastian seems to have been on a one-man mission to preserve Sociedad’s first-division status, after a superb season. The desire to retain first division status is understandable, as Prieto stayed with the Basque outfit after relegation in 2006-07 and throughout a torrid experience for such a historic club and good player, in La Liga Adelante. Prieto has reaped the rewards of his loyalty this term and shown fans all over Spain his abilities with all-round contributions of goals and assists, as well as remarkable consistency and lack of injuries. Prieto is blessed with excellent dribbling abilities, good vision, and a creative mindset but his hitherto unwavering loyalty is set to be tested this summer, with Liverpool supposedly swirling. No Sociedad fans would begrudge losing another talented Xabi to the Scouse outfit, but would dearly love to keep the 27 year-old midfield schemer.

Cazorla seems the unluckiest player in La Liga. A natural, versatile talent capable of playing on either flank with ease, and causing perennial problems for opposition full-backs, he never seems to have been awarded enough international recognition, nor scored the goals which his talents justifiably deserve. Two goals in 29 Spain appearances and 18 in 110 in his second coming at Villareal bely Cazorla’s instrumental role in Villareal’s rise to becoming one of the best clubs in Spain. His regular assists (8 this season) for Giuseppe Rossi and Nilmar, and midfield understanding with Cani, Borja Valero and Bruno have formed the Yellow Submarine’s mechanical heartbeat, whilst his influential and undemonstrative leadership is a metaphor for the club’s dealings as a whole.

Since Rakitic has only played half a season, this perhaps seems a surprising choice. However, the Croat has provided an instant impact at the Ramon Sanchez Pizjuan, fulfilling his undoubted talent and potential by adding a creative spark into Sevilla’s oft-physical, and leaden-footed midfield. Indeed, Rakitic’s impact has coincided with Sevilla’s rise back up La Liga, propelling the Andalusian giants into a challenge for European spots. His five goals from midfield provide Sevilla with a deeper-lying attacking threat than Alvaro Negredo and Jesus Navas, whose talents are undoubted but suffered from injuries, lack of service, and lack of support before January. Moreover, the Croatian’s partnership with the Chilean Gary Medel has provided balance both defensively and offensively. Picking up the disillusioned Rakitic from Schalke and reinvigorating him has proven to be an astute piece of business from the normally unstable and chaotic Sevilla.

The former, bald-headed, ball-playing unsuccessful West Brom midfielder was signed last summer by Villareal after a cull of wage-guzzling senior players. He was thrust straight into the heart of the Yellow Submarine’s midfield, and found the swift movement, precise passing, and high-tempo game just to his liking. So much to his liking in fact, that he has probably been the best midfielder in Spain this season. Were it not for Xavi, Iniesta, Alonso, and Busquets standing in his way, he’d be a shoe-in for Del Bosque. Valero looks nothing like a creative midfielder, the slight hunch, the bald head, the awkward running-style, none of the ostentatious panache, swagger or self-importance that accompanies fine trequartistas. But Valero puts paid to the elegant stereotype, proving that hard work and desire, along with a dosage of natural talent can carry a team to the very top (in our league which doesn’t include Barcelona and Real Madrid, of course). Ten assists and four goals in 43 games aren’t outstanding stats, but Valero’s importance to Villareal comes stylistically, as the living embodiment of their attractive tiki-taka, and as the link man, the unflustered creator who makes things tick.

An international debutant at 16 will rightly have much expected of them. And indeed, the Ecuadorean centre-forward experienced a bright introduction into English football with Manchester City, scoring a brace against Hull City. However as with numerous young talents, Caicedo’s star shone brightly only briefly, before loan moves to Sporting Lisbon and then Malaga. On Summer 2010’s deadline day, deep into the dark, last, late hours of August, Caicedo pitched up on his third loan move in Iberia, this time to relegation favourites Levante. Caicedo’s goals though, have propelled Levante towards a comfortable mid-table position, and safety, that reward at the end of the rainbow. And goals there have been, headers, volleys, penalties, tap-ins, one-on-ones, Caicedo’s muscular play has been rewarded with 13 of them. His has been a mission, a man possessed, to show his rich Manchester owners what they’re missing out on, and to lead his adoring Valencian fans to the promised land of safety.

Is Rossi one of the most complete, underrated forwards in Europe? The Italian scores goals. He creates goals. He works tirelessly. He possesses a lethal shot and superb movement between the lines. He regularly shows his creative instinct. He’s quick, quicker than expected. He runs for days. The term “forward” could perhaps have been created for Rossi, for his attributes, he seems to so define the position. Outside of the top two, the best striker in La Liga this season, and one of the best in European competition. His breakthrough season has changed the European view of him, as second top scorer in the Europa League testifies. No longer is Rossi another failed United starlet, he is now, by his own merits, a top forward, capable of playing just behind a frontman, as a lone striker, or cutting in from a flank. Not merely that, Rossi has that rare, cherished ability to make things happen, to excite fans, to take a game by the scruff of its neck and bend it to his will.

Daniel is the man behind the Der Zweikampf blog and you can also follow him on Twitter.