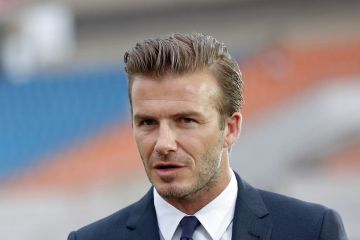 So, you are David Beckham and you’ve already won over the tens of millions of people all over the world who have heard of you. You are widely regarded as one of the best looking men in the world and your sense of fashion, footballing skills and modesty endear you to every man in the world, too. What else is there to do but purchase an American soccer franchise?!

We all know about the “class of ’92” and the influence they had on United’s success, Beckham being integral to that group and although his time at United ended in unsavory circumstances, he is still adored by the Manchester faithful. Next up was was a move to the next biggest club in the World and a 35 million pound transfer fee to boot. He went on to win over the Spanish media and fans before heading to the MLS where he would set up shop in Los Angeles long before Robbie Keane made it cool to do so.

He also went to Milan during his spells in Spain and finished up at Paris Saint Germain where he donated the wages he would make there to the largest Children’s Hospital in Paris. That’s England, Spain, Italy, France and North America who love him. The move into ownership was a natural evolution.

Although we are seeing more meddling owners in European football leagues of late, it has been like that for years in America and some of the characters that own franchises in America are worth getting to know.

Let’s take Jerry Jones, for example, who has more say in the style that his Dallas Cowboys’ play than the Head Coach. He installed a 2,100 inch screen above the field n AT&T Stdaium in Dallas, Texas. The screen has been hit twice during American Football games and the Guinness Book of Records was there in 2009 to award a certificate to the owner, Jones, for the largest high-definition video display in the world. It’s this kind of self-satisfaction that makes Jones the number 1 case study in American owners.

Then you’ve got Zygi Wolf, who was accused and found guilty of racketeering and keeping separate accounting books in order to steal money from former business partners. If you are thinking that this sounds like something out of an mobster movie then you would be very much on the money, it is like a mobster movie!

Michael Jordan owns the Charlotte Bobcats Basketball team and while we don’t have to tell you about Jordan’s career and history, No.23, is known as one of the most outspoken of superstars there is in America. Not to say he hasn’t earned the right but the pressure playing for the single greatest basketball player ever must be tough and although Beckham can’t say the same about himself in the football arena, he certainly was good so he will have a keen eye to scout top talent!

Drew Carey owns the Seattle Sounds Football Club, (Yes, Clint Dempsey’s Club). Carey is known as one of the most humane owners there is and the tips he offers people in the service industry are the stuff of legend, apparently he gave one waiter a $10,000 tip. (But we know how urban myths go). Beckham would be competing directly with Carey in the MLS.

Finally, The Glazers and Manchester United go hand in hand and while we won’t go into the refinancing and shareholding percentages, we are all aware of their affiliation with Manchester. Well, the Glazers just happen to own their own franchise in the same state as Backham. They own the Tampa Bay Buccaneers and while American Football is still miles ahead of soccer when it comes to popularity, in a few years Becks will be trying to steal the Glazers Buccaneer fans to fill his own stadium.

Beckham has some colourful characters to contend with in the wacky world of American professional sports but given the fact that he married a Spice Girl and has his own line of clothing, there are hopes that he can keep up with them!