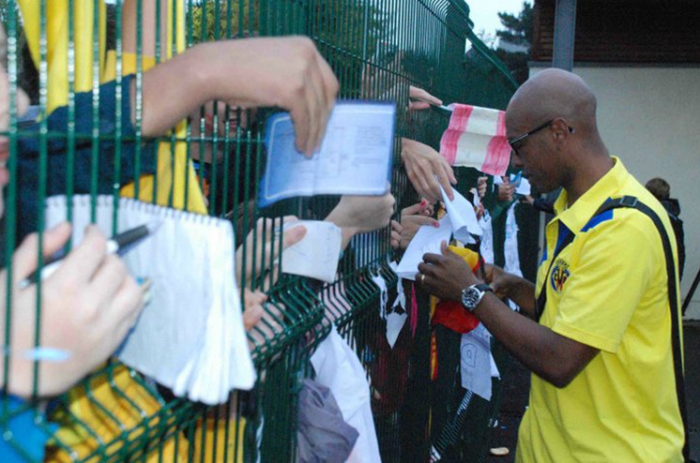 David v Goliath, plucky upstart v established bemoth, underdog v whatever the opposite of underdog is; it’s a timeless dynamic which excites sports fans the world over. However those self same fans could have been forgiven for not paying too much attention to Villarreal’s pre-season friendly against UCD last Saturday.

Arranged as part of Villarreal’s trip to Ireland for a training camp in Maynooth, the game hadn’t registered that much outside of the blogosphere, hardly surprising given UCD don’t have a huge advertising budget and also have the small matter of a league campaign to complete as well.

Turning up as I did a solid hour and a half before kick off, the game’s low profile and the frequent rain showers left me thinking that the crowd was going to be on the small side. However the rain didn’t deter another stable of the Irish summer time from also turning out, as the calm around the ground was broken by the sound of a dozen or so Spanish students taking their seats well ahead of time.

My rudimentary Spanish meant I discovered that none of them were actually from Villarreal, a small town of 50,000 with a football stadium which holds exactly half the town’s population, but they were here for World Cup winner Joan Capdevila, who was roundly cheered every time he touched the ball and was the biggest hit of the impromptu pre-game autograph sessions the Villarreal players held during their warm ups. 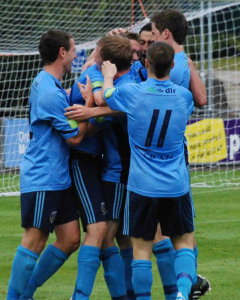 Part of me probably wouldn’t have minded a smaller crowd as this was the first time I would be bringing my journalism/blogging career out of my bedroom and into the public arena. As a Shelbourne fan I’ve been to a few sparsely attended games in my time (Dublin City against Shels in the League Cup on a Tuesday night for instance) and was caught between my desire for UCD to get some cash through the turnstiles and hoping as few people saw me make an eejit out of myself as possible.

I was there at the instigation of Emmet Ryan of Action81.com, who asked me to be Andy Gray to his Martin Tyler, but to go easy on the sexism which has made Andy famous and replace it with the kind of insightful analysis that has played no role whatsoever in making Andy famous. This was to be a step beyond the ordinary blogging or podcasting, given we would be out in the open and beside the punters and even *gasp* proper journos.

Emmet really is the UCD uber fan though, having served previously as publicity man for the club and his being on a first name basis with everyone helped. We even gave a hand to some of the Spanish journalists and felt generally good about our set up as the game kicked off.

The game itself was a veritable thrill fest, with the lead exchanging hands several times; all four UCD goals came from set pieces or corners, allowing me to break out the classic “where’s the marking” cliché, and whilst Villarreal showed flashes of their quality, they weren’t ever able to break down UCD effectively. The exception was Santiago Cozorla, the Spanish international who came on at half time and performed several 360 pirouettes in heavy traffic with the ball glued to his feet, one of which allowed him the space to fire home Villarreal’s third goal and make it 3-3. 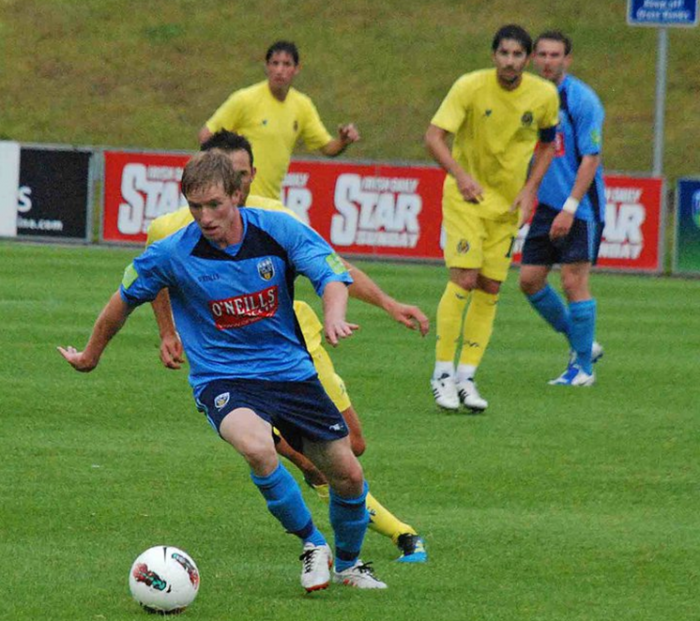 UCD weren’t ready to quit though, winning a corner ten minutes from time. I decided to praise UCD’s tenacity and accurate long balls, which had led the Villarreal back line to play much deeper in the second half. However I was cut off in mid sentence by the roar from the crowd and from Emmet as the ball was bundled home from a crowd of bodies in the box. The goal was eventually credited as an own goal to Joan Oriol, who was spared a particular ignominy thanks to UCD’s long standing tradition of not announcing the scorer of an OG. Despite gifting chances to Marco Ruben and Nilmar, both international strikers, UCD were able to hang on for the win, and the final whistle was met with cheers from the packed stand.

As the crowds made their way home, the Spanish students pressed themselves up tightly against the fence outside the dressing room, pleading with the Villarreal players for an autograph. The party atmosphere which surrounded the crew of the Yellow Submarine before kick off had dissipated as they trudged to their coach, although they still took time to meet a few of the fans.

By contrast the UCD lads were walking around with a smile on their faces, basking in the glow of a famous victory, unrestrained by interest from anyone but a few polite well wishers. When they were to wake up the following morning, the Villarreal players would still be full time pros heading to training or a video session and the UCD players would still be going to work their summer jobs during the university break. The World Cup winners’ medal or the hundreds of collective international caps didn’t change hands that Saturday in Belfield but for one evening every UCD player got what they wanted out of the game; they had the sheer enjoyment that comes from throwing yourself into what you really want to do and discovered that you can measure up to the challenge.

I suppose that’s what I got too…

3 thoughts on “Beaten at Belfield”